Pop star Ed Sheeran is being forced to close his trendy bar restaurant over the bank holiday weekend due to safety fears.

Bertie Blossoms, on Portobello Road, is shutting its doors for two days before the Notting Hill Carnival was due to take place. It will also be shut on Sunday and Monday – the days the carnival usually happens.

The street festival, which attracts over one million onto the streets, has been axed due to the coronavirus pandemic.

But police fear nearly 40 illegal music events are being planned in the capital to replace it.

Officers are concerned they will have bottles pelted at them as they try to break up the parties – many of which have been branded the ‘real Notting Hill Carnival’. 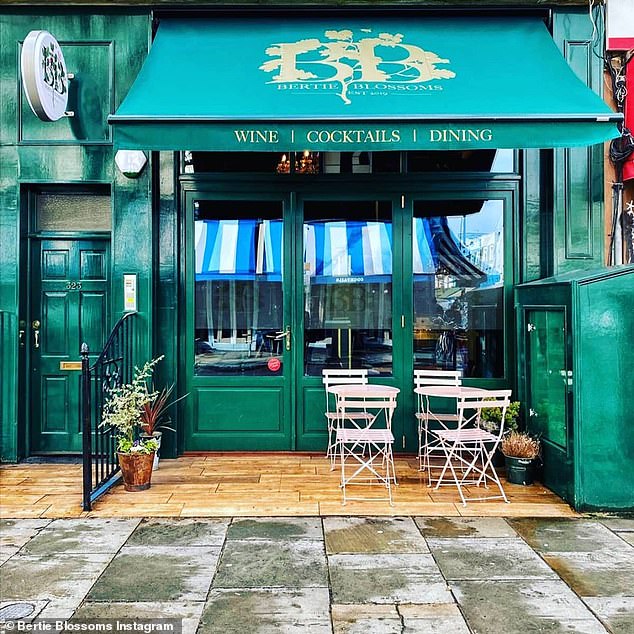 Bertie Blossoms, on Portobello Road, is shutting its doors for two days before the Notting Hill Carnival was due to take place. It will also be shut on Sunday and Monday – the days the carnival usually happens

Scotland Yard detectives are hoping to stop the gatherings taking place by scouring social media in an operation informally branded ‘Not the Notting Hill Carnival’.

It comes amid police having to break up a series of illegal raves across Britain over the weekend, including in Huddersfield, Birmingham, Blackburn and Manchester.

And officers are concerned about parties in London as new laws come into force on Friday which mean organisers of illegal gatherings can be fined up to £10,000.

It announced that it was temporarily shutting its doors as a ‘precaution’ after speaking to police.

Castle on the Hill singer Sheeran’s bar told loyal customers about the closure. 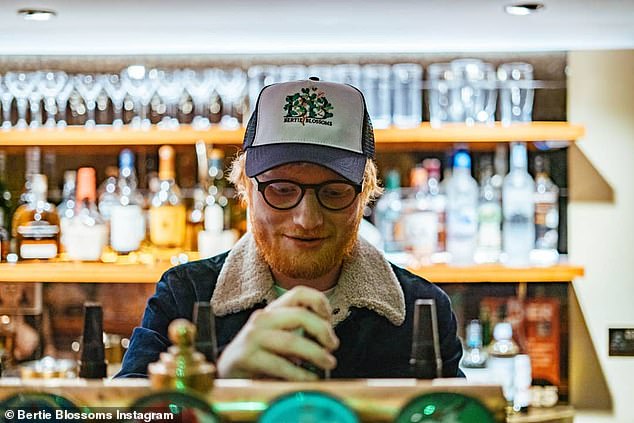 They said: ‘After local police advice regarding possible Carnival activities, Bertie Blossoms will be closed Friday 28 and Saturday August 29.

One customer, Belinda, said: ‘The Carnival going ahead? It gets crazy, glad you plan to stay safe.’

The bar, owned by Sheeran, 29, expecting his first child with Cherry, added: ‘Carnival has been cancelled, still chose to be safe.’

Notting Hill Carnival is usually the biggest street party in Europe but the events will be streamed online only.

Last year there were more than 350 arrests. There has been a rise in raves and illegal parties during the Covid-19 pandemic because lots of nightclubs and bars have been shut.

Ken Marsh, chair of the Metropolitan Police Federation, said: ‘If the weather is half decent, we’re going to have a real problem.

‘We already know of around 35 unlicensed events to replace the Notting Hill carnival popping up all over London.

‘We’re trying to prevent them happening by looking at social media and other things, but it’s a pretty hapless task.

‘What can we do? It’ll end up with more police officers having bottles thrown at them, and putting themselves in harm’s way.’

Its menu includes £10 oysters for starters and a £19 8oz rare breed rib eye, with bloody mary fries for mains

A bottle of Arnot-Roberts shiraz will set diners back £120.