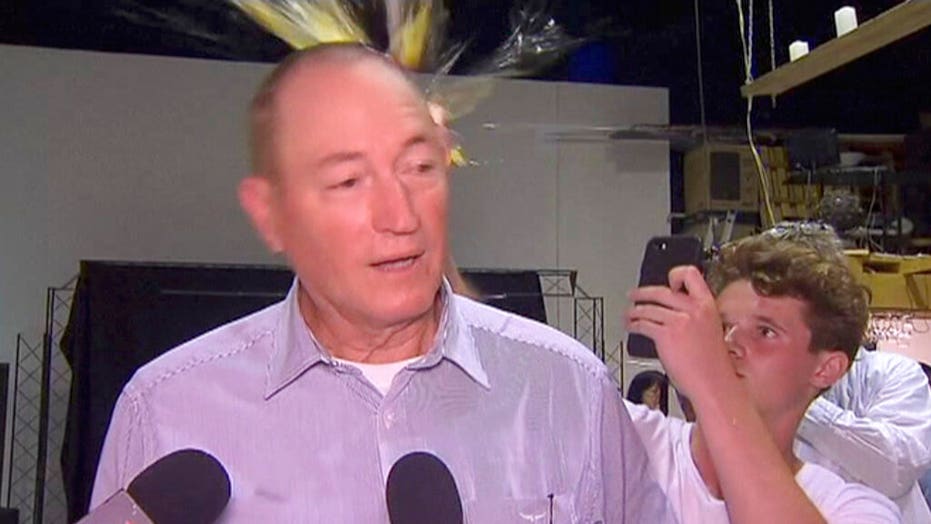 Will Connolly, 17, gained worldwide fame as "Egg Boy" for smashing an egg on the head of Sen. Fraser Anning, 69,&nbsp;after he blamed Muslim immigration for the racist attacks that killed 51 worshippers&nbsp;at two mosques on March 15.&nbsp;

The Australian teenager who famously cracked an egg on a far-right politician after his remarks on the Christchurch, New Zealand massacre has donated nearly $70,000 to victims of the horrific mosque shootings.

Will Connolly, 17, gained worldwide fame as "Egg Boy" for smashing an egg on the head of Sen. Fraser Anning, 69, after he blamed Muslim immigration for the racist attacks that killed 51 worshippers at two mosques on March 15.

Connolly has said he was embarrassed about the international attention his public egging received and how it pulled attention away from the Christchurch victims.

But as police investigated the egg-cracking, supporters of "Egg Boy" donated $69,171 USD to him to pay for his legal fees. However, a law firm offered to handle his case free of charge.

On Wednesday, Connolly said he donated all the money to the Christchurch Foundation and Victim Support, two support groups for people affected by the massacre.

"Finally!!! After a huge amount of red tape, $99,922.36 [AUS] has today been transferred to the Christchurch Foundation and Victims Support," Connolly wrote on Instagram. "I decided to donate all monies to help provide some relief to the victims of the massacre … it wasn't mine to keep." 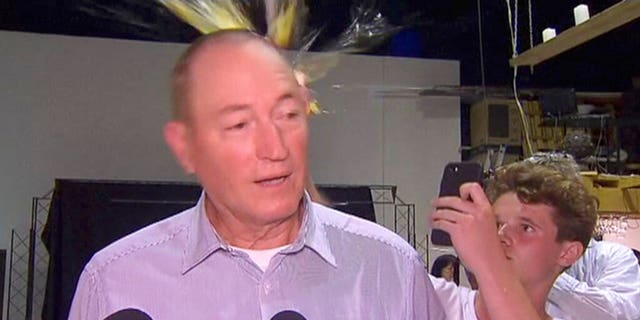 Will Connolly, pictured here, breaks an egg on the head of Senator Fraser Anning while he holds a press conference, in Melbourne.
(AP, File)

The teen added: "To the victims of the Tragedy, I wholeheartedly hope that this can bring some relief to you. … Keep spreading the love."

Connolly was issued an official caution because of the incident, which took place at a political rally in Melbourne. Video from the event shows Connolly hit an egg against Anning's head. Anning then struck Connolly twice in the face, before Connolly struck back. The two scuffled until others intervened. Connolly was held in a chokehold by other men until authorities arrived.

Anning was not charged in the incident, as police said he acted in self-defense. The lawmaker, who sat in Australia's Senate as an independent after quitting the One Nation party early last year, is no longer in Parliament after he was voted out in the country's May 18 general election.