The Australian teenager dubbed "Egg Boy" after he smashed a raw egg on the head of far-right Senator Fraser Anning has donated $100,000 toward helping those affected by the Christchurch mosque attacks.

The money was raised on two Go Fund Me pages set up by others after Will Connolly, 17, egged Anning, who had blamed Muslim immigration for the shooting. 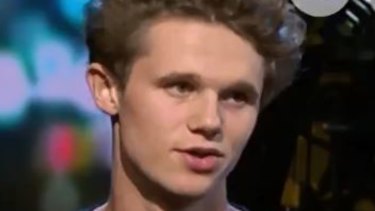 In an Instagram post, Connolly said he had donated $99,922.36 to the Christchurch Foundation and Victim Support. The post did not say whether that was Australian dollars, but if it is, the amount would be nearly NZ$106,000.

The money was transferred "after a huge amount of red tape", Connolly said in the Tuesday evening post.

"I decided to donate all monies to help provide some relief to the victims of the massacre… it wasn't mine to keep," he said.

"To the victims of the Tragedy, I whole heartedly hope that this can bring some relief to you."

The teenager had egged Mr Anning at a far-right rally in Moorabbin in Melbourne's south-east on March 16, the day after the Christchurch terror attack.

Senator Anning was criticised around the world for saying Muslims were "not blameless" for the mosque shootings which killed 50 people.

Will, a 17-year-old student from Melbourne's bayside, cracked an egg on the head of the politician during the Melbourne rally, in response to his comments. He was then tackled to the ground by a group of the senator's supporters.

Following the incident, police handed Will an official caution, but he was not charged.

At the time, Will's lawyer Peter Gordon said his client was relieved with the "common sense outcome" from police.

"[Will] appreciates that he went about expressing a passionately held view in the wrong way and he acknowledges that," he said.

"He thanks the police and his family and everyone who has supported him through a pretty stressful time for him. He wants to get back to pursuing his year 12 studies."