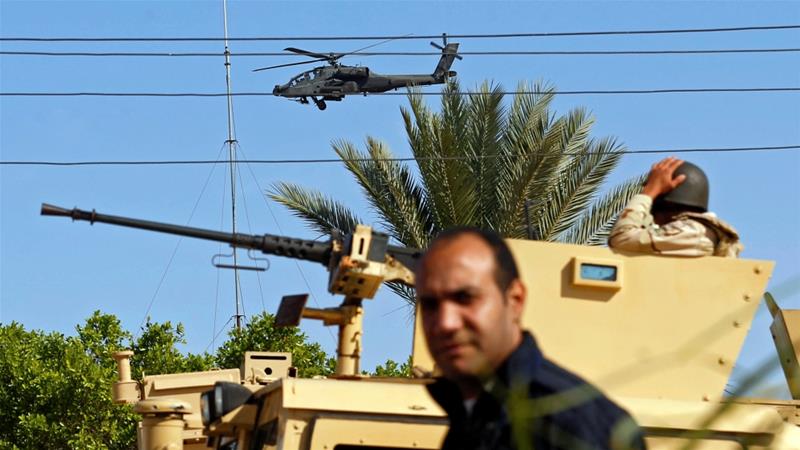 Some fighters escaped and security forces are following “their movements”, the ministry added.

“Eight killed and three wounded were transferred to El Arish public hospital. All of the victims were Central Security Force personnel,” a medical source told the AFP news agency.

Egyptian state TV said there were fears the death toll could rise as there were reports of attacks on multiple checkpoints.

The attack came at the start of the Muslim holiday of Eid al-Fitr, marking the end of the fasting month of Ramadan.

No group has claimed responsibility so far for the early morning attack and authorities have not yet commented on the incident.

Egypt has for years been battling armed groups in North Sinai.

Hundreds of police officers and soldiers have been killed in attacks, which intensified after the army’s removal of President Mohamed Morsi in 2013.

In February 2018, the army launched a nationwide offensive against the fighters, focused mainly on North Sinai.

According to official figures, around 650 fighters have been killed since the start of the operation, while the army has lost some 50 soldiers.

No independent statistics are available and the region is largely cut off to journalists making verification of casualty figures extremely difficult.

Human Rights Watch (HRW) recently said that security forces committed widespread abuses against civilians in Sinai, some of which amount to war crimes, urging other nations to halt military assistance to Egypt.