Home » World News » Ethiopia’s conflict in Tigray: Women describe how rape is used as a weapon

Ethiopia’s conflict in Tigray: Women describe how rape is used as a weapon

In the Ethiopian city of Adigrat, the general hospital may be the only thing that actually works in a community which now lacks all government-run services.

The health facility’s front door is firmly open and the wards are full. In fact, there are far more patients than beds, and we watched the staff treat gunshot wounds and shrapnel blasts and the after-effects of beatings in this war-ravaged corner of the Tigray region.

The physical damage inflicted by this vicious conflict made a strong impression on our team but the trauma and distress was difficult to handle for there is so much pain in this dilapidated building.

Warning: This article contains detailed descriptions of violent rape and other details some readers may find distressing 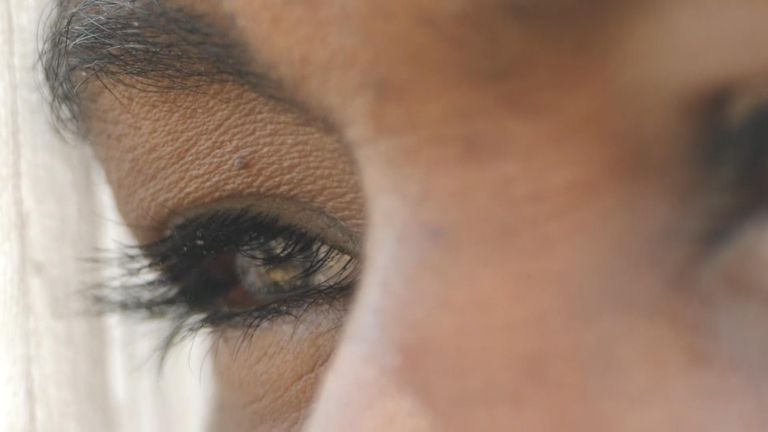 There is a small, airless room down the main corridor where a nurse offers treatment to women who have been raped by soldiers and militiamen. It was full when we arrived.

Sister Amina Ali has met more than 200 victims in the past two months. She has heard and experienced their stories, many of which are extremely distressing.

“At this time most of the women are being raped. It’s not decreasing here, it’s actually getting worse. There is a mother here who was impregnated when three Eritrean soldiers and two Ethiopian soldiers raped her. Now she can’t move her legs,” she said.

Sister Ali – and all the other women in the examination room – began to cry.

They find some comfort in the company of others in this overcrowded sanctuary, where they’re offered pregnancy tests and checked for HIV, hepatitis A and B and STIs (sexually transmitted infections). 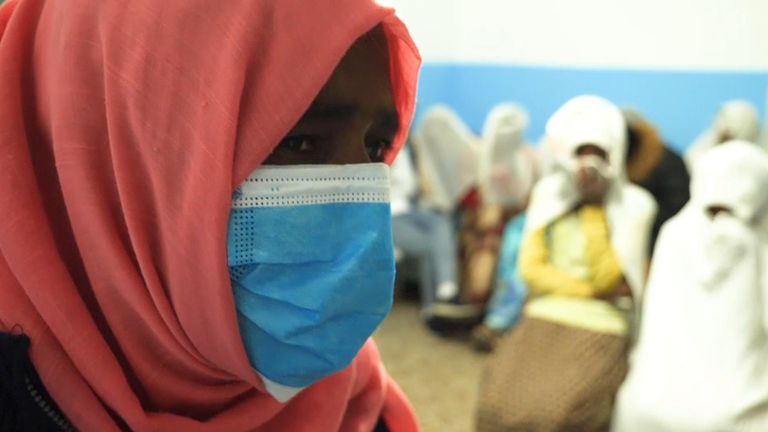 But many women are too ashamed to come here. We spoke to a 31-year-old who we have called Mariam.

“She told us not to hide so we come for treatment. It is because of the staff. I’ve been bleeding for a month. It hasn’t stopped,” she said.

“Mariam” says she has convinced 30 women in her neighbourhood to seek treatment here but she thinks the trauma that she has experienced may never heal. 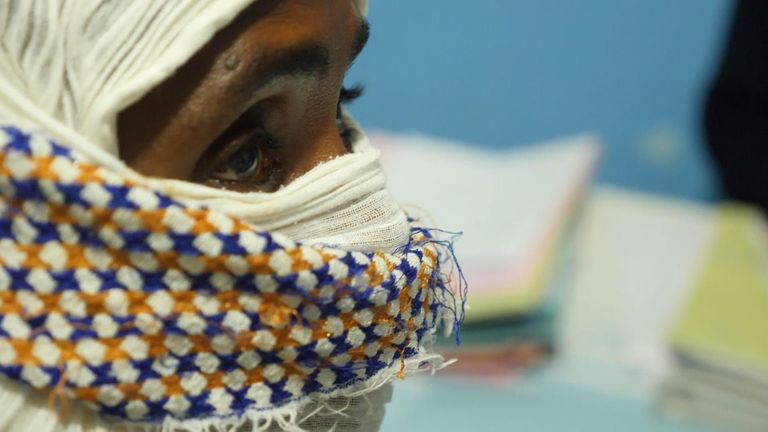 “We ran to the fields and when they found us there, some people were killed. They tied me up and five soldiers took turns with me. I crawled out of there because I couldn’t walk anymore. On the field there was nothing to eat. I was eating leaves.”

We spoke to Dr Hagos, the hospital gynaecologist, and he told me sexual violence is used by soldiers and other combatants as a way to fight this war. Yet the hospital can only treat a small number of women.

He said: “It is now beyond our capacity. These raped women are getting pregnant, most of them are actually pregnant. 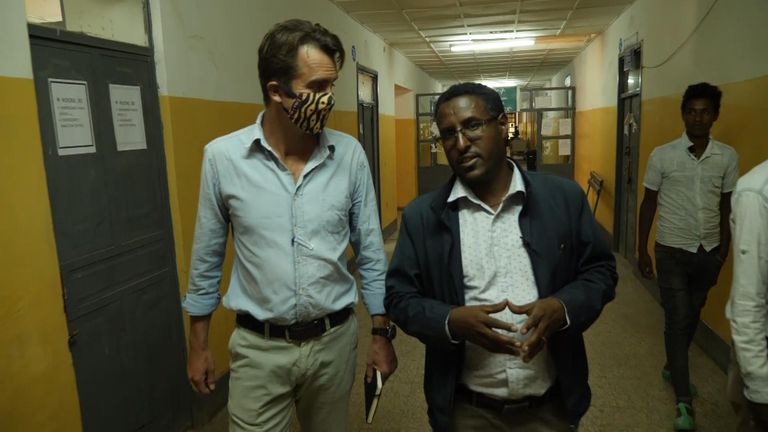 As we made our way out, we were stopped by a woman who told us she’d been raped along with her 89-year-old grandmother.

Like other women we spoke to, she thought it was an act of punishment by soldiers who suspected her husband was a fighter for the TPLF – the group who used to run Tigray but were dislodged by the Ethiopian prime minister Abiy Ahmed last November.

She said: “They started to take away my child. I begged him and told him to do whatever he wanted with me but leave my child alone. After I cried, he raped me, then left and they raped my grandmother after they beat her and dragged her by her feet.”

Reprisal attacks by Ethiopian troops and their allies have become increasingly common and as we left Adigrat, we saw the aftermath of another on the highway which leads to the regional capital, Mekelle.

We found two smouldering army vehicles on the side of the road which seemed to have been caught in a TPLF ambush.

Some 200 metres up the road, there were a pair of minibuses parked in the road with their tyres shot out. 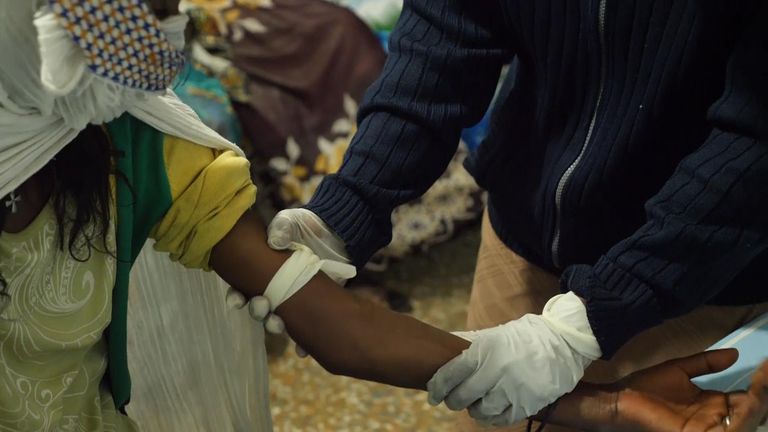 According to witnesses from MSF (Doctors without Borders) who were also stopped at the time of the incident, Ethiopian soldiers ordered the passengers to climb out of these minibuses, then executed the males in what appeared to be an act of revenge.

We had one more interview to conduct and in many ways, it would prove to be the most upsetting.

At the hospital in Mekelle, we found a 27-year-old woman who had been raped continuously for 10 days.

“I was thinking, I want to die quickly, without pain,” said Sara which is not her real name. 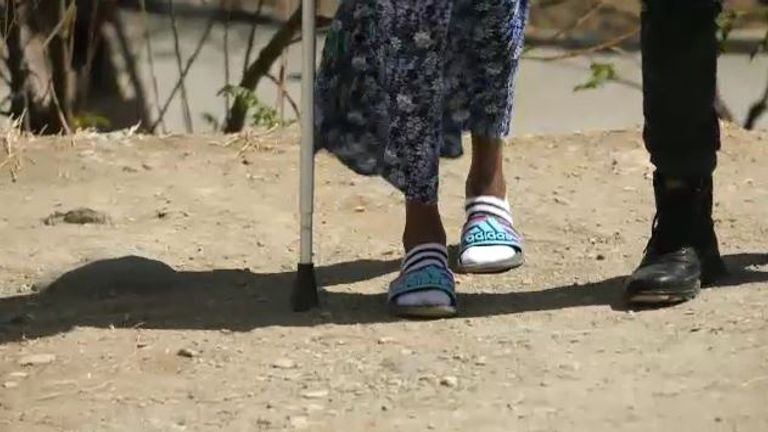 She was on a bus destined for Adigrat when Eritrean troops pulled her out, claiming the vehicle was overloaded. She was taken to a nearby field, she says, and a gang of Eritrean troops attacked her.

“On the field, 23 soldiers raped me, 23 soldiers. When they raped me there was a lot of bleeding. They inserted plastic bags and a plastic syringe inside. After they put this stuff in, they asked themselves, why is the blood not stopping and poured water on me.”

After they were finished, the soldiers tried to throw her away.

“They threw me away so I would suffer as I died. I spent the night on the ground.

“They put all the things in me and pushed it with a stick and threw me away so I would suffer… in the morning when people started to move about, they picked me up when they saw I was alive. They took me to the road.”

Dr Hagos operated on “Sara” and he told me that he was shaken by her condition.

“When I examined the injured girl, what I saw was very terrible, it was difficult to… it was terrible.

“There were nails, two nails, there were plastics and after removing these there were perforations, there was bleeding. This was the finding… she stayed here for more than five weeks.”

“What went through your mind?” I asked. 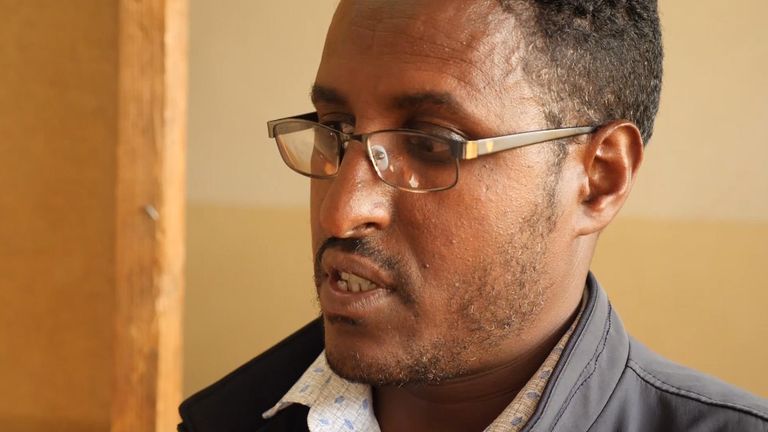 The account of “Sara” defies explanation. The inhumanity which caused it cannot easily be understood.

But these stories weigh heavily of those who live in this land of fear.

In a statement to Sky News, the Ethiopian embassy in London said it “remains deeply concerned by serious allegations of rape in Tigray and condemns, in the strongest terms, any acts of sexual violence”.

It added: “The government of Ethiopia maintains a zero-tolerance policy towards sexual and gender-based violence.

“Any serious violations committed against citizens will be thoroughly investigated, and the government will spare no effort in bringing the perpetrators of these and other crimes to justice.

“All women and girls across Ethiopia should be able to feel safe in their homes, free from fear of all forms of violence and abuse.

“Special taskforces comprised of representatives from the office of the attorney general and the federal police commission have been deployed to Tigray in recent weeks to carry out investigations on the ground aimed at establishing the facts.

“The outcome of these investigations will enable the government to bring the perpetrators to justice, provide redress to the victims, and comprehensively address alleged human rights violations and crimes that have occurred in Tigray.

“No person, including serving soldiers, is above the law.”

A statement from the Eritrean embassy said: “If any group has used rape as an instrument of war, it is the TPLF as in the past it has routinely used this hideous crime to inflict psychological and physical anguish on its victims.

“It becomes blatantly obvious to anyone seriously concerned about events in the northern part of Ethiopia, that there is a great deal of deliberate misreporting of facts for the sole purpose to mislead and misconstrue reality.

“We therefore take this opportunity to express our willingness to engage with anyone who is interested in finding out the truth about what has happened in the northern region of Ethiopia.”

Anyone feeling emotionally distressed or suicidal can call Samaritans for help on 116 123 or email [email protected] in the UK. In the US, call the Samaritans branch in your area or 1 (800) 273-TALK