Brussels: The European Commission has proposed a plan to confiscate Russian assets that have been frozen since the invasion of Ukraine as a way to punish Moscow.

“We have blocked €300 billions of the Russian Central Bank reserves and we have frozen €19 billion of Russian oligarchs’ money,” Ursula von der Leyen, president of the European Union’s executive said in a statement. 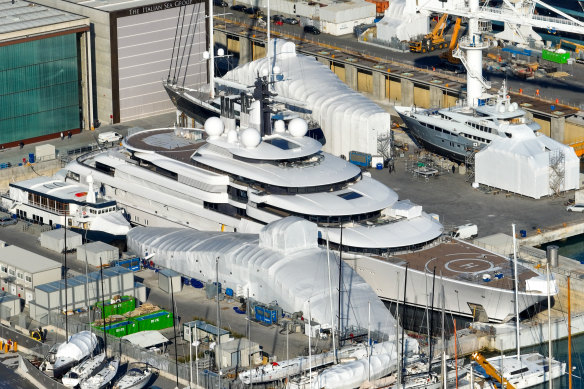 Officials in the EU, the United States and other Western countries have debated for months how to legally seize Russian assets held abroad – both state and private – that are frozen by sanctions.

The problem is that in most EU member states, seizing frozen assets is only legally possible where there is a criminal conviction. Also, many assets of blacklisted Russian citizens are difficult to seize or even freeze because they are registered as belonging to family members or front people.

Von der Leyen said that in the short term the EU and its partners could manage the funds and invest them. The proceeds would go to Ukraine, so it would ultimately compensate for damages Russia caused to the country.

“We will work on an international agreement with our partners to make this possible. And together, we can find legal ways to get to it,” she said.

In a video address posted on Twitter, von der Leyen also said the bloc would “find legal ways” to use money seized from Russia.

Several multimillion-dollar yachts belonging to oligarchs have already been seized.

Earlier she also said that the EU was proposing the establishment of a specialised court, backed by the United Nations, “to investigate and prosecute Russia’s crime of aggression”.

“We are ready to start working with the international community to get the broadest international support possible for this specialised court.”

Ukraine has been pushing for the creation of a special tribunal to prosecute Russian military and political leaders it holds responsible for starting the war.

The Hague-based International Criminal Court (ICC) launched its own investigation into alleged crimes against humanity and war crimes days after Moscow’s February 24 invasion, but it does not have jurisdiction to prosecute aggression in Ukraine.

“While continuing to support the International Criminal Court, we are proposing to set up a specialised court, backed by the United Nations, to investigate and prosecute Russia’s crime of aggression,” von der Leyen said.

The G7 agreed on Tuesday to set up a network to coordinate investigations into war crimes as part of a push to prosecute suspected atrocities in Ukraine. Russia has denied targeting civilians.

An act of aggression is defined by the UN as the “invasion or attack by the armed forces of a state of the territory of another state, or any military occupation …”

Despite the crime’s recognition under international law there is currently no specific court or tribunal to which Ukraine can turn.

There are several forms the special aggression tribunal could take but legal experts say the most likely is a so-called hybrid tribunal, operating under Ukrainian law with support from the international community.