Europe’s gas price shock, and its link to chicken and lager shortages

Brussels: The European Union will produce a “toolbox” of measures countries can use to tackle energy price spikes, with consumers facing sharp rises in bills with winter approaching and even shortages of fast foods, fizzy drinks and lager.

European power prices have rocketed this year, more than trebling in Spain and elsewhere, mainly fuelled by the rising price of natural gas used for power generation and heating, in addition to low renewable energy output and higher EU carbon prices. 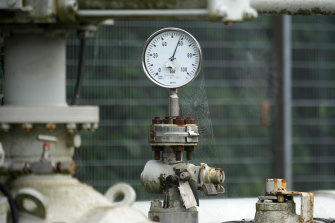 Britain has warned its food producers to prepare for a 400 per cent rise in carbon dioxide prices after extending emergency state support to avert a shortage of poultry and meat triggered by soaring costs of wholesale natural gas.

More than 1.5 million households in Britain are being forced to switch energy suppliers after two more retailers collapsed on Wednesday, bringing the tally of companies going out of business to seven since early August.

“I proposed to the ministers today to draw up a more structured toolbox, which we believe could be useful for all member states to tackle the current situation,” Simson said on Wednesday, following a meeting of energy ministers from EU countries.

The toolbox would help governments navigate options to respond quickly to price spikes within EU rules, Simson said, adding they can tweak value-added tax (VAT) and excise duties or use direct support to shield consumers from high costs.

Benchmark European gas prices have risen by more than 250 per cent since January, spiking as economies around the world reopened from COVID-19 lockdowns, with high demand in Asia pushing down supplies to Europe. It has sent shockwaves through gas-reliant industries, which include everything from power generation to makers of CO2 used in the food trade.

Spain, Italy, Greece and others are already planning national measures, ranging from subsidies to price caps, aiming to shield citizens from rising costs as economies recover from the COVID-19 pandemic.

Germany said it did not see a need for government intervention to counter rising gas prices.

Concerns about soaring energy costs could embolden opponents of the Commission’s plan to launch a new carbon market for buildings and the transport sector, a move some EU countries and lawmakers have warned would hike consumer bills.

Analysts have said surging gas prices, not the price European companies pay for permits to cover their CO2 emissions, were mainly responsible for rising electricity costs.

Manufacturers of fizzy beverages have “only a few days” of carbon dioxide left to produce stock, Britain’s Soft Drinks Association warned on Monday, adding that 340,000 jobs in the industry could be affected by the gas shortage.

Carbon dioxide is used in hundreds of products to add bubbles and extend shelf life.

And it’s only the latest key item that Britain is struggling to obtain, in large part due to supply chain disruptions from the coronavirus pandemic – which exacerbated problems spurred by Britain’s exit from the European Union.

On Tuesday, the International Energy Agency called on Russia to increase its gas exports to Europe, saying that Moscow was sending less supplies to other countries than it was before the pandemic.

The gas crunch has put pressure on fertiliser factories, which need fuel to operate. Carbon dioxide is a by-product of fertiliser production.

Fears of a national beer shortage emerged this month as some pubs reported they were running low on pints of Carling and Coors. British tabloid The Sun dubbed the crisis “LAGER-GEDDON” while some pubs encouraged drinkers to try new tipples during the crisis.

Hopping mad: Some English pubs have started to run short of lager.

“We are experiencing some supply problems,” a spokesman for pub chain Wetherspoons said, as experts blamed the lack of Britain’s beloved pints on the truck driver shortage which resulted in delivery inconsistencies and Brexit which spurred trade barriers.

A spokesperson for the British Meat Processors Association said Monday that the carbon dioxide shortage will particularly affect pork and chicken which rely heavily on CO2.

“The prices of meat are probably going to be going up, and there will be shortages if we can’t get supplies of CO2 really, really quickly,” the group said.

When 700 branches of KFC ran out of chicken and closed their doors in February 2018, some Brits were so upset they called the police. The chain blamed the delays at the time on delivery problems and operational issues.

Those staying abreast of the chicken crisis have noticed meat supplies are running low at Portuguese restaurant Nando’s – which closed 50 of its branches due to the chicken shortage attributed to low staff numbers and delivery issues. 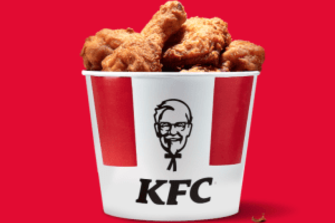 A shortage of carbon dioxide has even disrupted the supply of chicken as the gas is used in the slaughter process.

Fears over access to savoury snacks were echoed by Liverpool’s Lion Tavern pub which warned that its traditional British pork pies may be taken off the menu after a leading family food business pulled deliveries, the BBC reported.

The Pub’s landlord, Dave Hardman, said that pie-loving customers would be “devastated.”