Home » World News » Ex-boyfriend blackmailed and murdered teacher, 47, after she had sex with boy, 15, court hears

Ex-boyfriend blackmailed and murdered teacher, 47, after she had sex with boy, 15, court hears

A TEACHER was blackmailed and then murdered by her ex-lover when he discovered she was having sex with a lad of 15, a court heard. 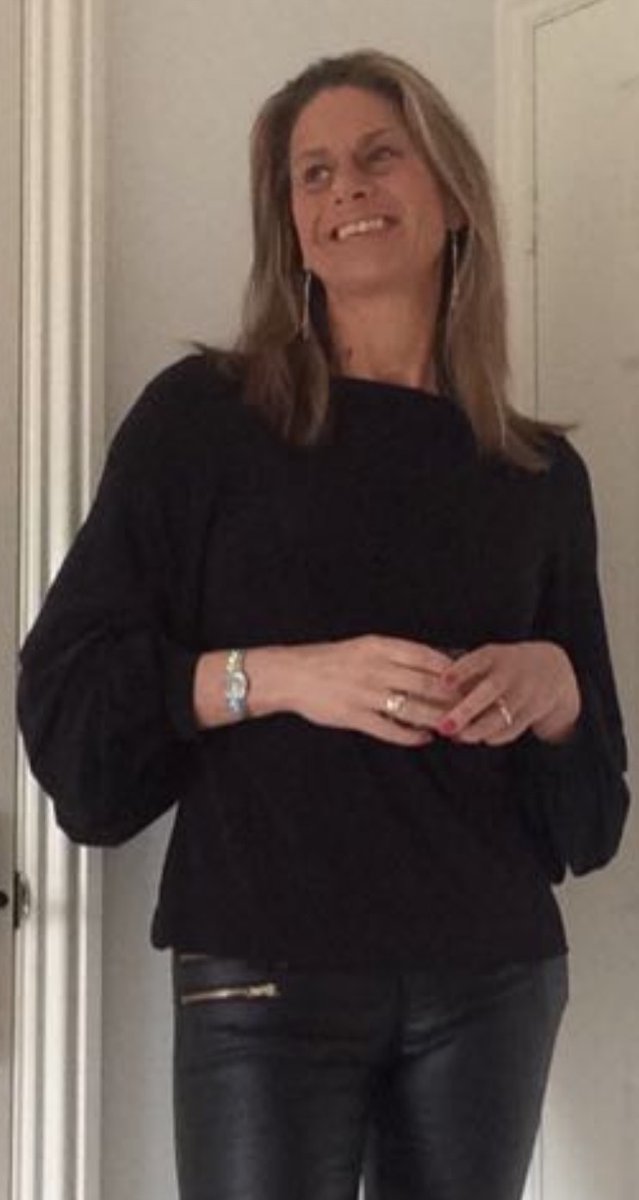 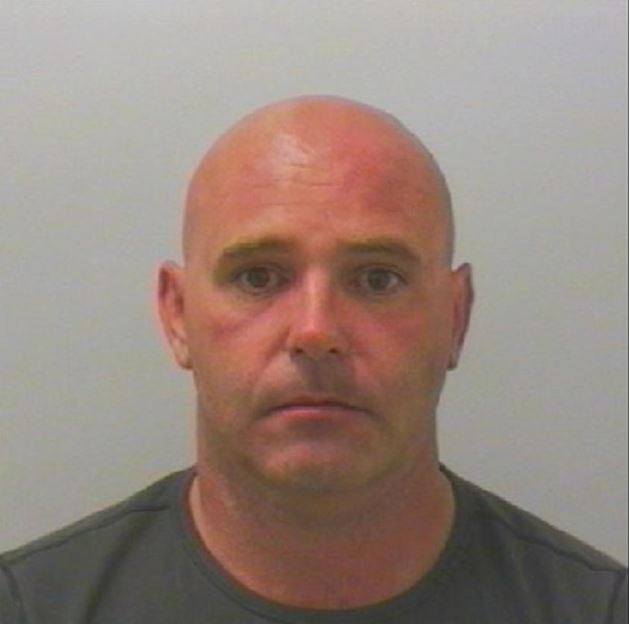 She handed over thousands and even took out a £10,000 loan to satisfy his demands – but former convict Robson was still set on violent revenge, the jury was told.

Armed with two bottles of ammonia, Robson, 50, allegedly drove 150 miles to her home where he subjected Caroline and the teenager to a horrific assault.

He stabbed and slashed them with a kitchen knife, scissors and a meat cleaver and then squirted them with the ammonia, it was said.

The trained cage fighter also bit the lad and stamped on Caroline’s head and neck before cutting off chunks of her blonde hair, the court heard.

He is said to have fled with their phones so they were unable to call for help.

Family and friends later told police they saw that Caroline’s Facebook account had been changed in the hours after the attack to say she was in a relationship with a 15-year-old.

Screengrabs of intimate phone chats were also sent including one that said: “Having naughty thoughts about you.”

Prosecutor Nicholas Lumley QC said: “The defendant was a well built and powerful man. He decided he was going to confront Caroline that night.

“Before he did so he went to Homebase and bought two bottles of ammonia, a pack of screwdrivers, a pair of pliers and adjustable wrench. 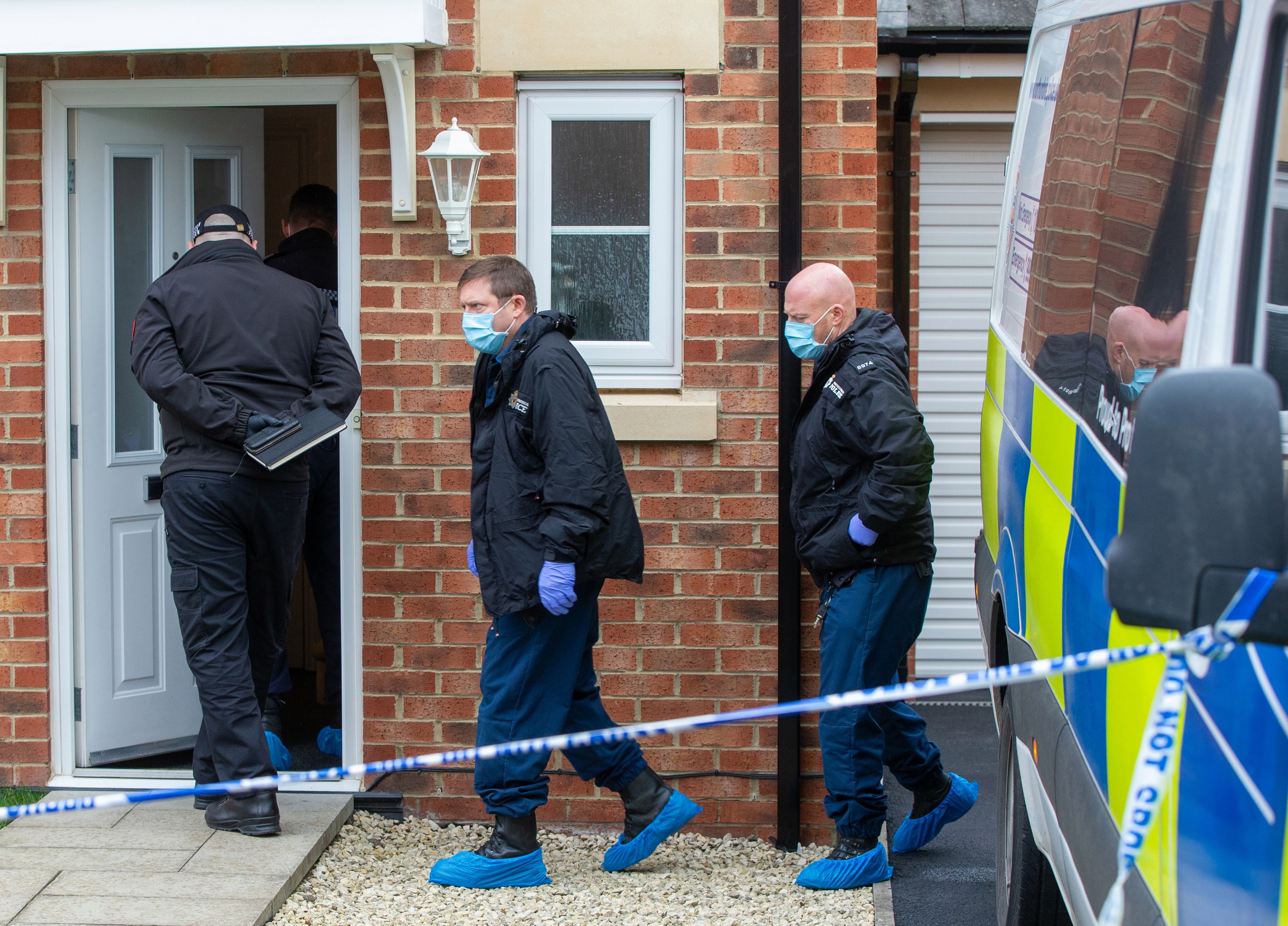 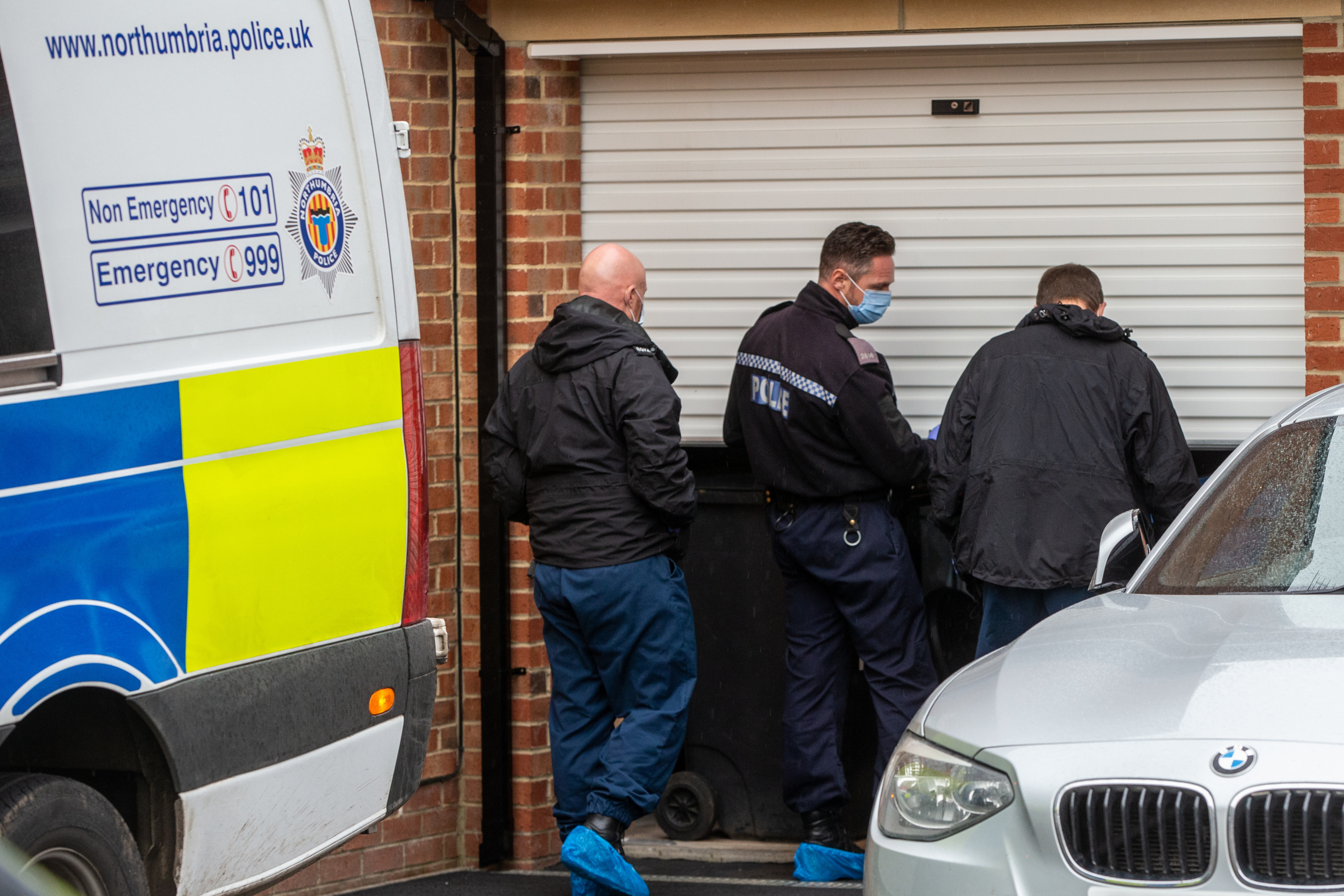 “Those items and a locksmith device he bought shows he was prepared to use force to enter her home and he planned to use the ammonia as well.

“Caroline and the boy were attacked and viciously so.

“As he left her for dead he paused to take her phone and also took the boy’s phone leaving them with no means of calling for help – the actions of a vindictive man.”

Caroline, a keen horse rider who had previously been a social worker, met Robson while working as a prison officer at HMP Northumberland where he was serving a sentence and where her husband Ian Kayll was a prison manager.

The couple separated in 2018 with Mr Kayll still unaware she was involved with Robson, Newcastle crown court heard.

He was released from prison in the autumn of 2018 and a year later moved in with Caroline at her home in Linton, Northumberland.

But in the autumn of 2020 their relationship hit the rocks. They split in late September, got back together briefly and then separated again.

Robson then discovered that Caroline, by now working as a teacher at a school, had begun a relationship with the teenager, who can’t be named for legal reasons.

Mr Lumley said: “She was in her mid to late 40s and he was 15. That may be an affront to the morals of many and it is against the law but of even greater significance is that the defendant somehow found out about it and did not take it very well.

“So he, in addition to having a reason to be angry at her, also had a hold over her.”

Mr Lumley said: “He is starting to lose his rag.

“She told a friend that he was being nasty and he was blackmailing her. She mentioned £35,000.

On November 15 last year Robson drove from Glasgow, where he was staying with a friend, to Linton where CCTV caught him “prowling and snooping” around Caroline’s house.

CCTV footage also showed him at a service station where he is alleged to have stopped on the night of the attack.

He entered the house by some rear patio doors and brutally attacked Caroline, the jury heard.

He then went upstairs and allegedly assaulted the lad with a knife, scissors and meat cleaver, leaving him with 45 injuries.

The boy later told police how Robson didn’t say a word as he carried out the brutal assault.

He said: “He gets scissors and comes into the room and he was on my back, not saying anything.

“I said: ‘Whoah, what’s it about?’ but he was on my back, he’s canny heavy, he took hold of my shoulders and stabbed me. He’s holding me with one hand, stabbing me with the other.

“I was fighting with him, I was saying ‘whoah’. He gets up and says: ‘Don’t move or I’ll kill you’ and he came back with bigger blade, a 7in blade, I have seen it in the kitchen drawer.

“He stabbed me in the back and stabbed me a few times in the struggle.”

The teen said he suffered a deep cut to his left hand as he tried to prevent Robson stabbing him further.

He went on: “He said come down and we went down and she’s [Caroline] on the floor at the back door.

“I went in the kitchen because I was covered in blood. I went straight to the tap and he cuts her hair off. He was cutting her hair with scissors. She wasn’t responding. He came into the kitchen and gets a cleaver from the kitchen drawer and he hits me in the head twice with the cleaver. I was dizzy, I couldn’t really stand up.

“He got a garden hose and sprayed her in the face.”

Robson left the property and called at the next-door neighbour’s house to tell them he had “done something and Caroline was in a bad way”.

Police and paramedics were alerted and arrived to find the house covered in blood with chunks of Caroline’s hair scattered about. 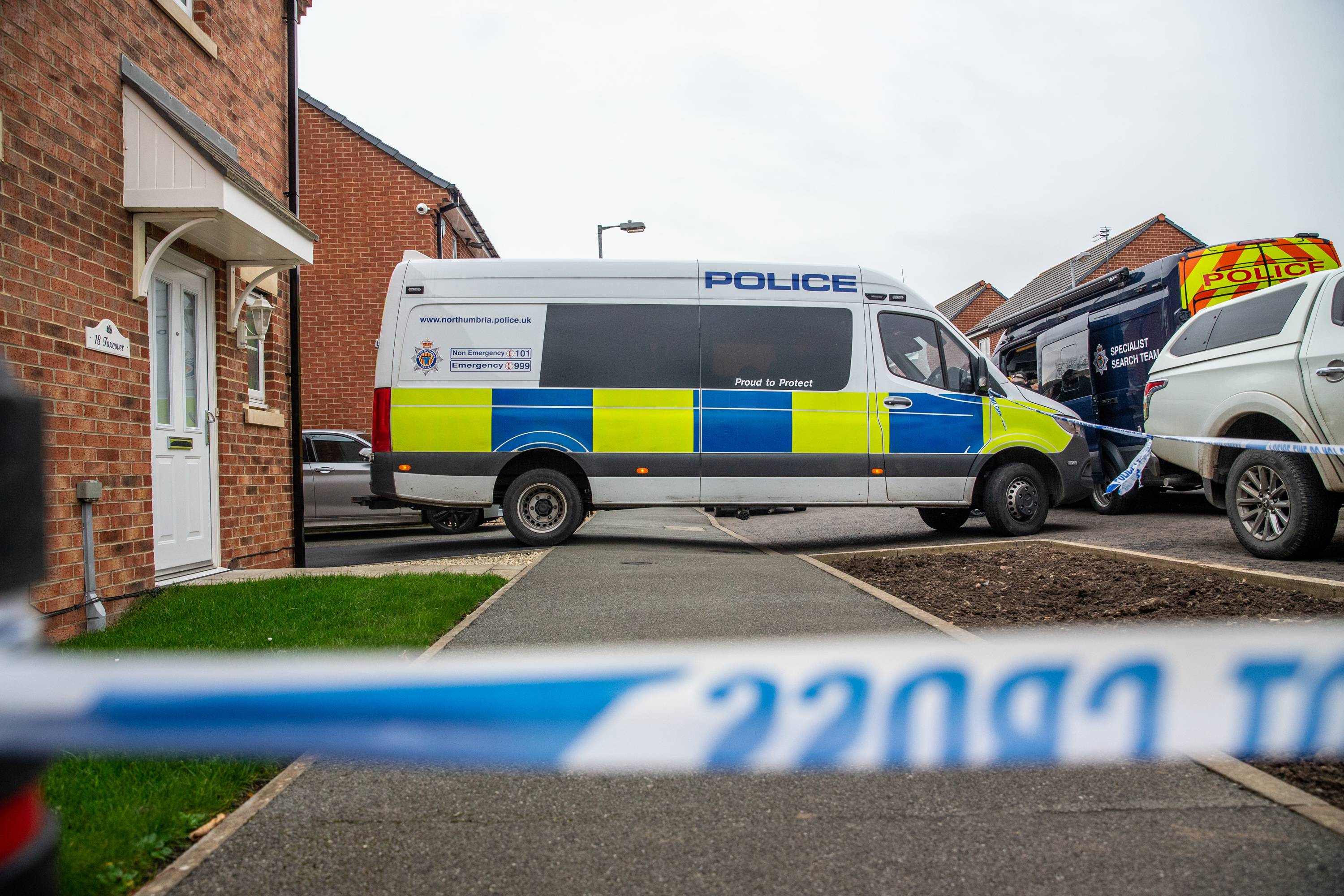 Mr Lumley said: “She was in a critical condition. She had many facial and head injuries and a cut across both buttocks. Her heart had stopped.

“The boy was bloodied, bewildered and bore terrible injuries.”

They were both rushed to hospital but doctors were unable to save Caroline, although she was kept alive on a life support machine for 36 hours.

During that time her family and friends received emails from her account and saw that her Facebook was updated.

Robson was arrested in Glasgow the day after her life support machine was turned off.

He refused to answer police questions but gave a prepared statement in which he denied killing her and claimed he was the victim of an attack.

“I recall going to Caroline’s house, I recall she let me in through the back door after I knocked.

“We were arguing and then I was hit from behind on my head and back and I fell forward. I recall something around my throat, I was feeling all sorts of emotions.

“I felt dazed and was feeling sick and scared and I felt like everything was unravelling. I remember trying to ask for help. 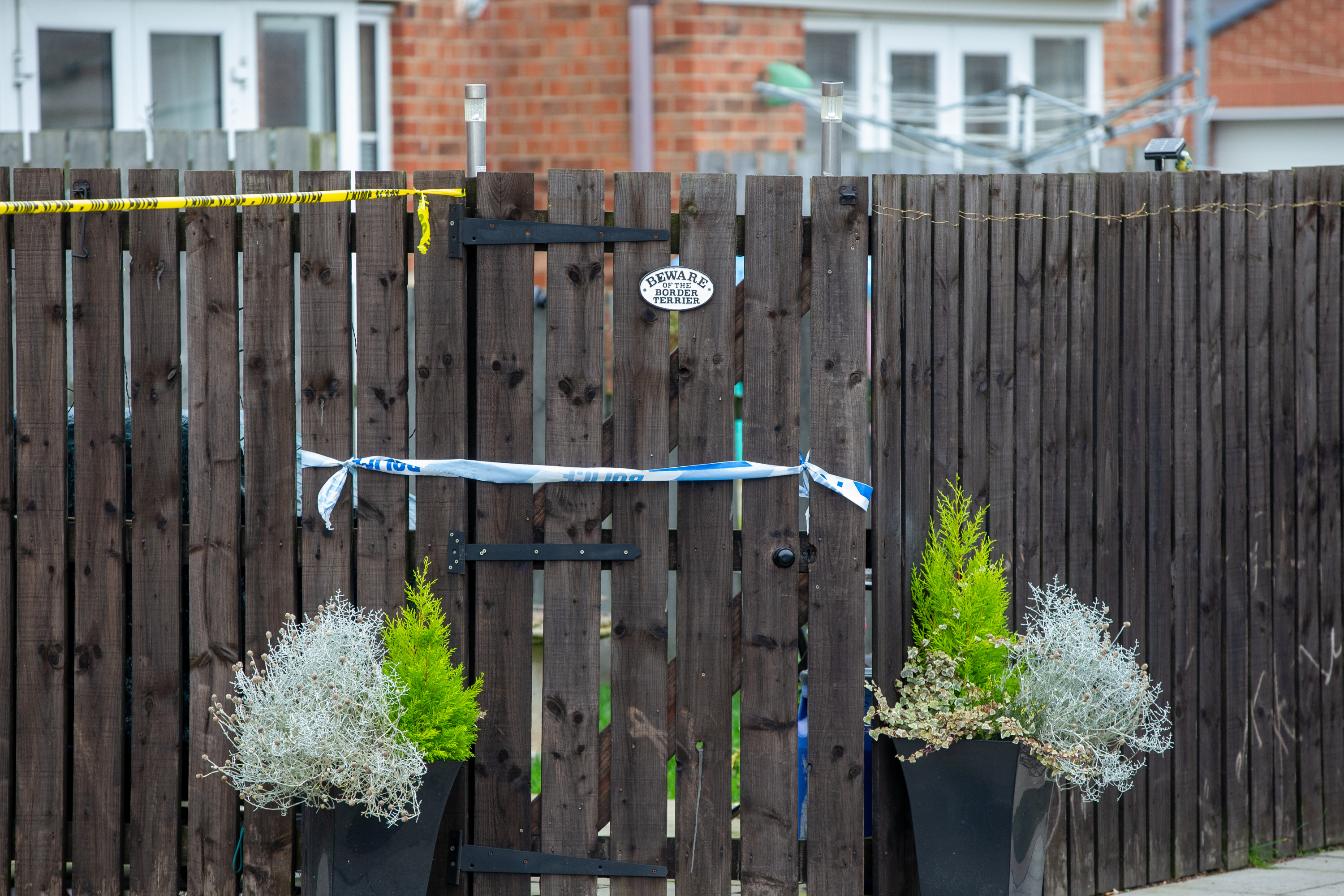