OUR Girl star Sean Ward joined the thousands of people who tried to storm studios where the BBC and ITV film – clashing with cops during the anti-vax rally in the capital.

The 32-year-old actor was one of thousands of mask-less demonstrators who were protesting against the introduction of vaccine passports and the vaccination of children. 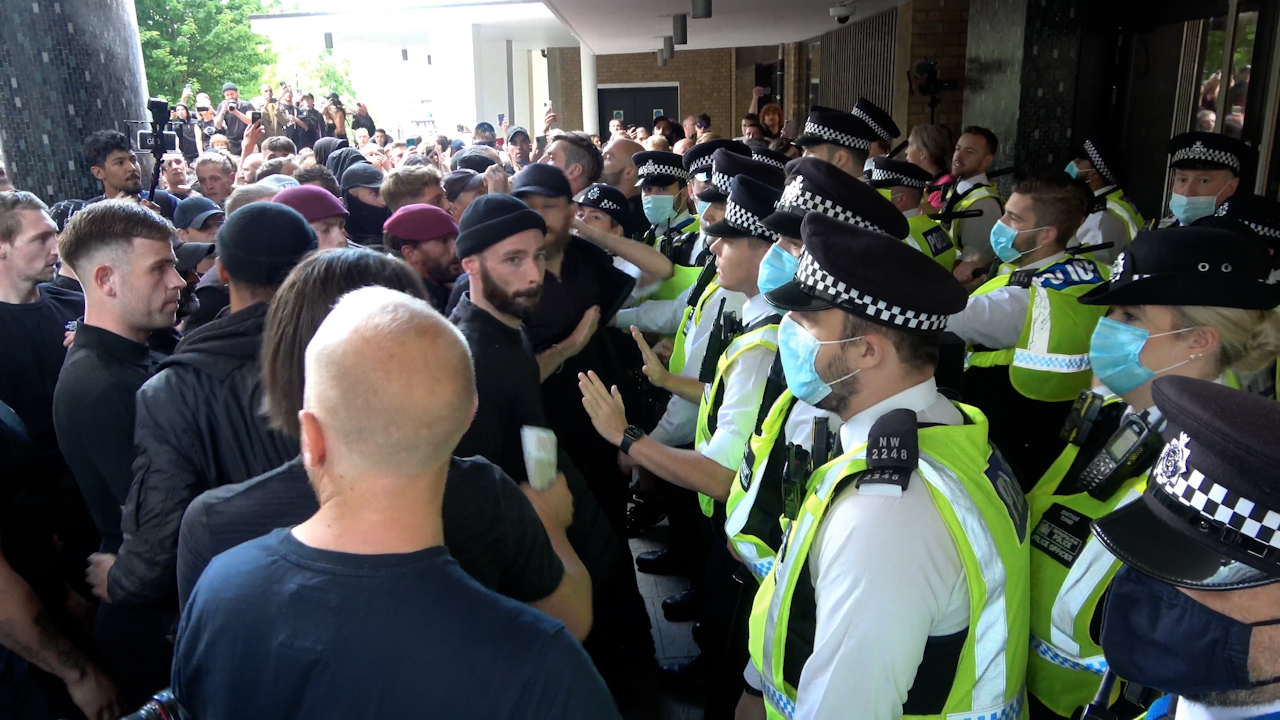 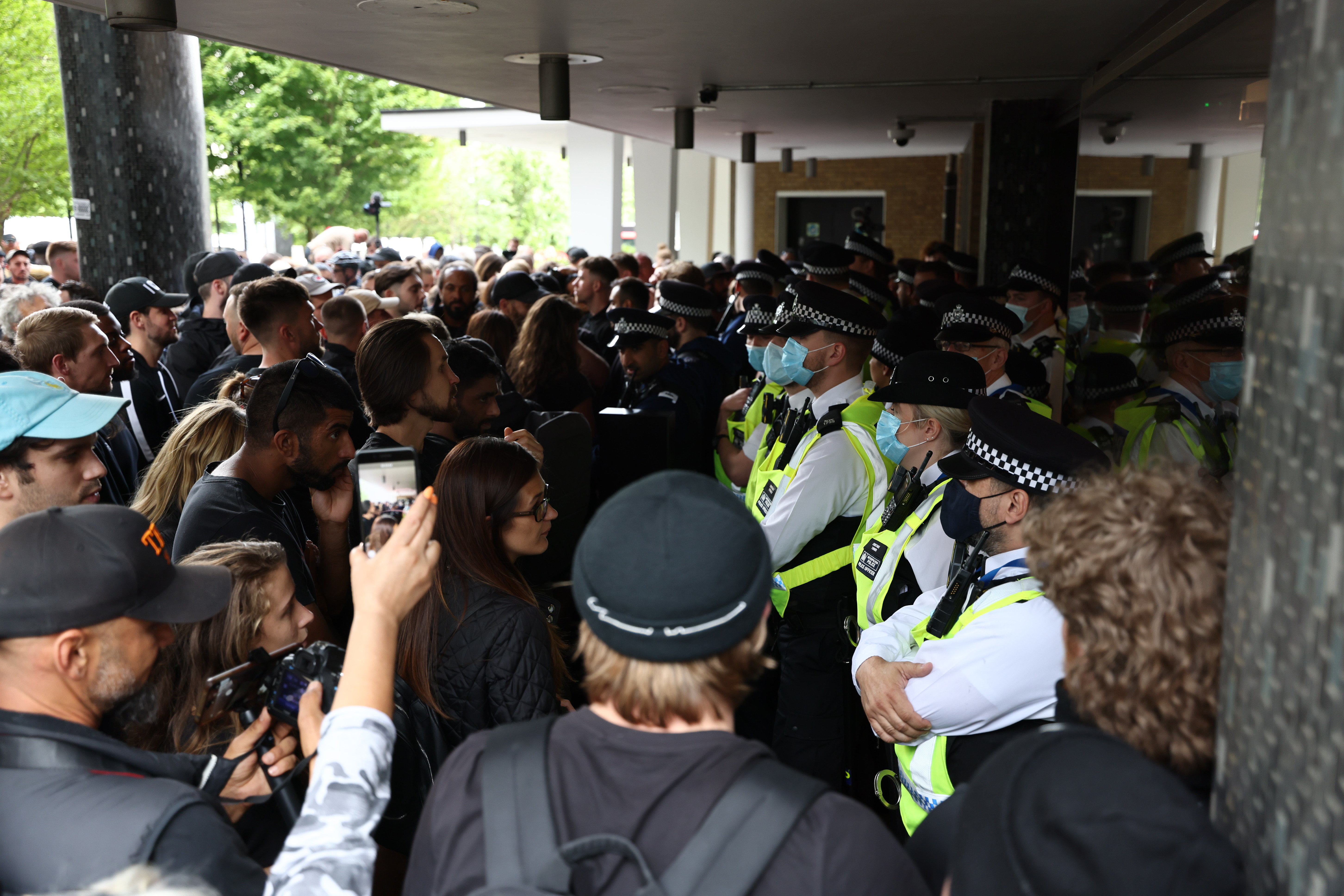 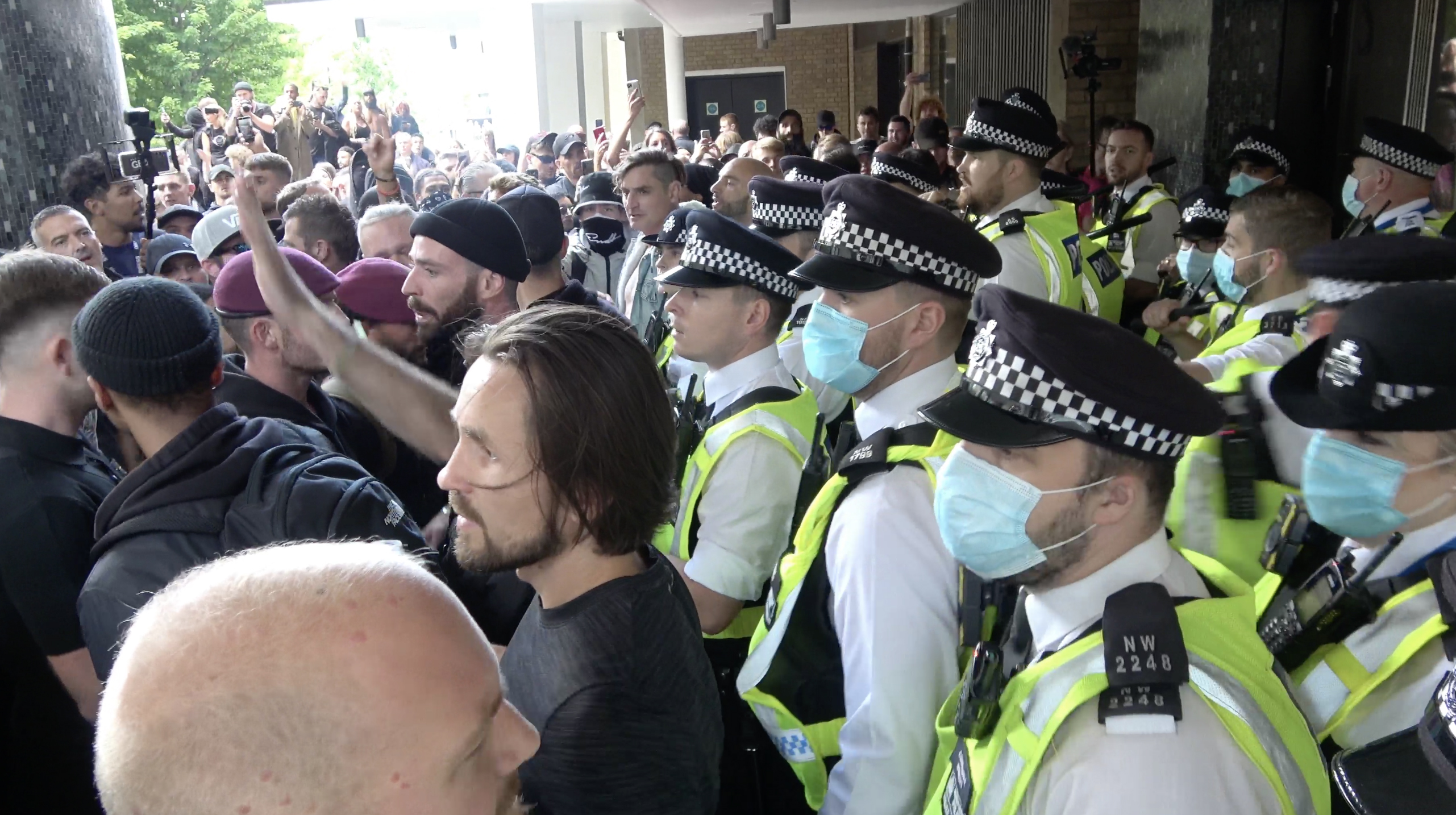 He can be seen trying to stop protestors battling with police, turning around and shouting stop and putting his arm out.

Sean was tagged in a series of posts on Instagram, which described the demonstration as a “tipping point”.

The actor shares regular updates of his day at the protest, showing dozens of people moving from Shepherds bush, West London, to the studios in White City.

During the clashes with police one officer has sustained a minor facial injury, which is being investigated.

He was joined by DJ Pat Wilson who proudly posted a picture of himself on Instagram holding up his “demands” inside the building.

He said afterwards:  “We want to make a noise, the right noise. We will see what happens now.”

Later in a speech to the march he added: “A group of us lot set this up, but we're not the leaders, we don't want to tell you lot where to go or what to do.”

In March the former Coronation Street actor came under fire for boasting that he went to an anti-lockdown protest in London.

He posed for pictures with fans and shared pictures of his time at the march, which he said was “for freedom”. 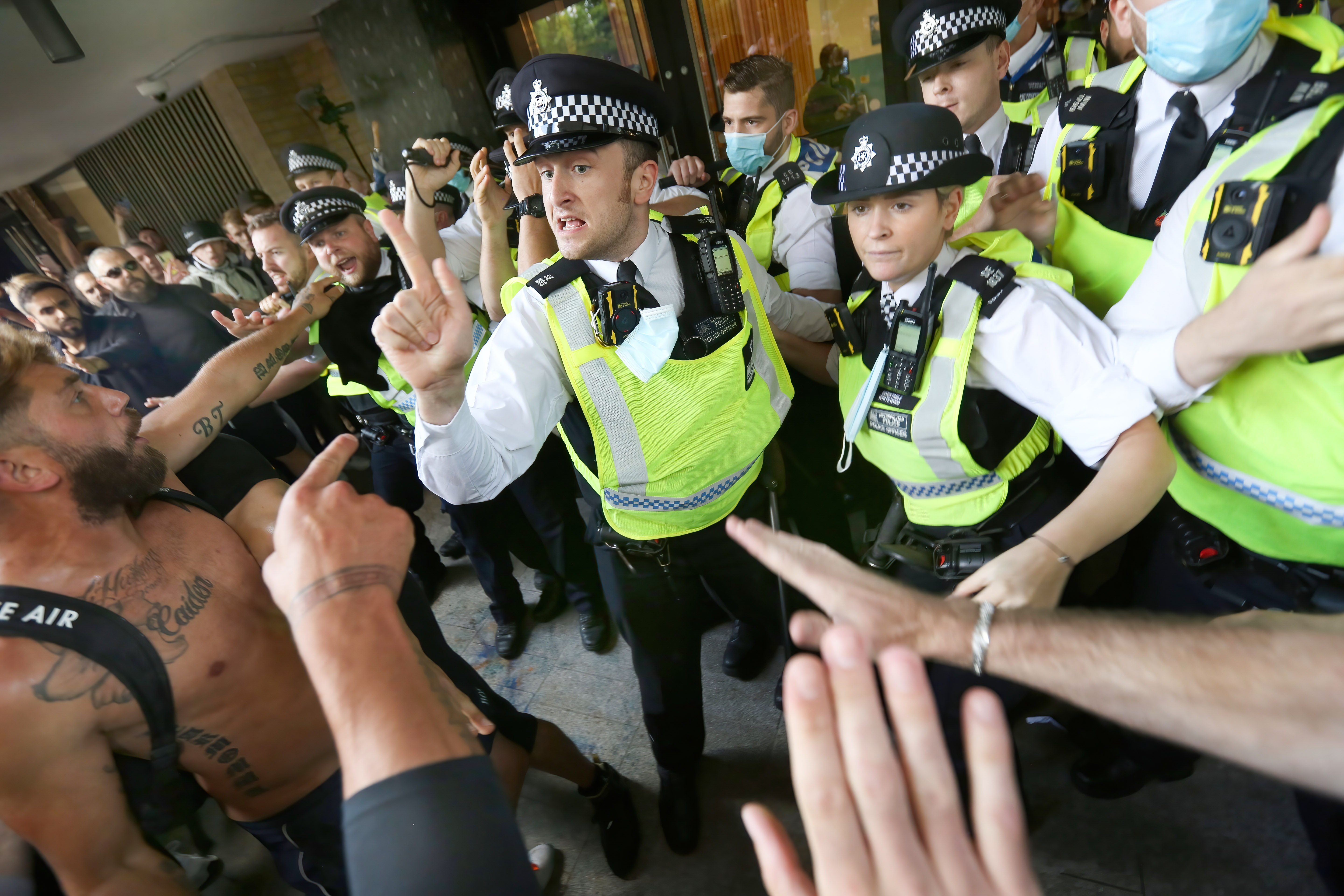 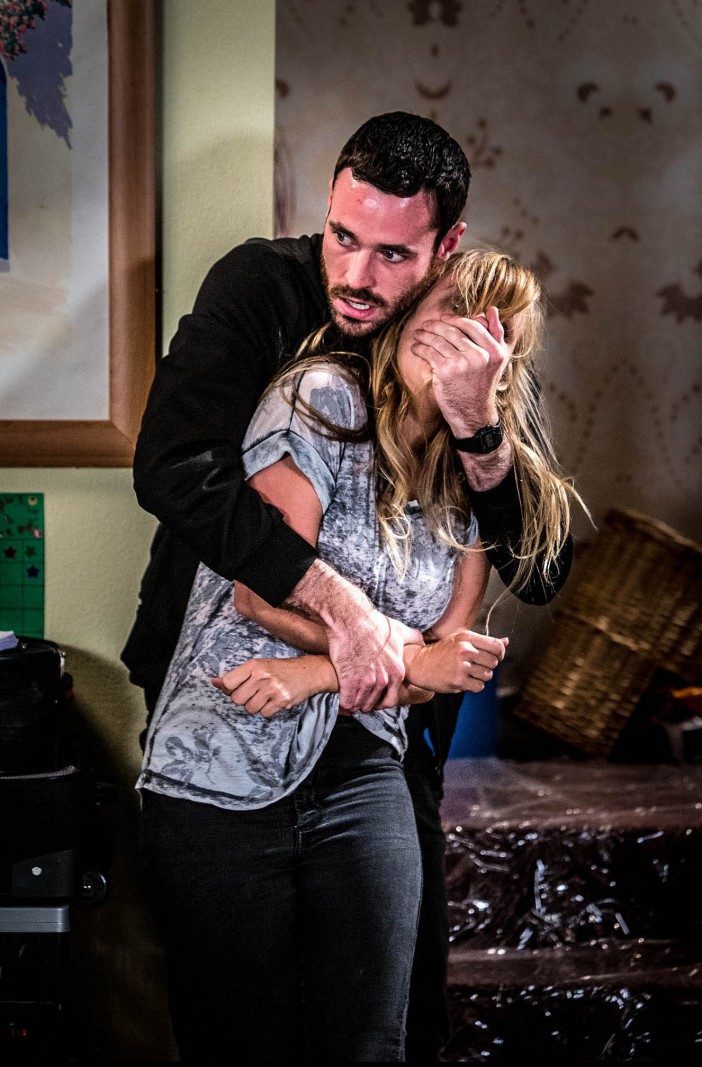 The latest protest comes after Boris Johnson is preparing to water down his plans for vaccine passports to head off a mutiny of Tory MPs.

The PM is said to be looking at proposals to introduce Covid papers on a voluntary basis if there are future spikes of the virus.

In footage posted on social media a large group of demonstrators can be seen surging forward while several officers are shoved back.

Paul Brown, who uploaded the footage to Twitter, said: "Official Voice protesters try storming the BBC studios at white city but them come up against a heavy police presence.

"They are protesting against vaccine passports and vaccine for kids.

A Metropolitan Police spokeswoman said: "At around 13:00hrs on Monday, 9 August, a group of demonstrators left Shepherds Bush Green and walked the short distance to Wood Lane, White City.

"A small group ran towards the entrance of a commercial premises were officers were in attendance to prevent entry.

"Officers were pushed by a small number of demonstrators but the arrival of additional officers quickly restored calm.

"One officer sustained a minor facial injury. This will be investigated.

"The demonstrators remained outside the premises for some time without further incident, before moving through west London in the direction of central London.

"They were monitored by officers along the length of their route.

"At around 17:30hrs, they gathered outside a commercial premises in Portland Place where, again, officers had been deployed to prevent any disturbances.

"The demonstrators remained at the location before dispersing without further incident. There were no arrests." 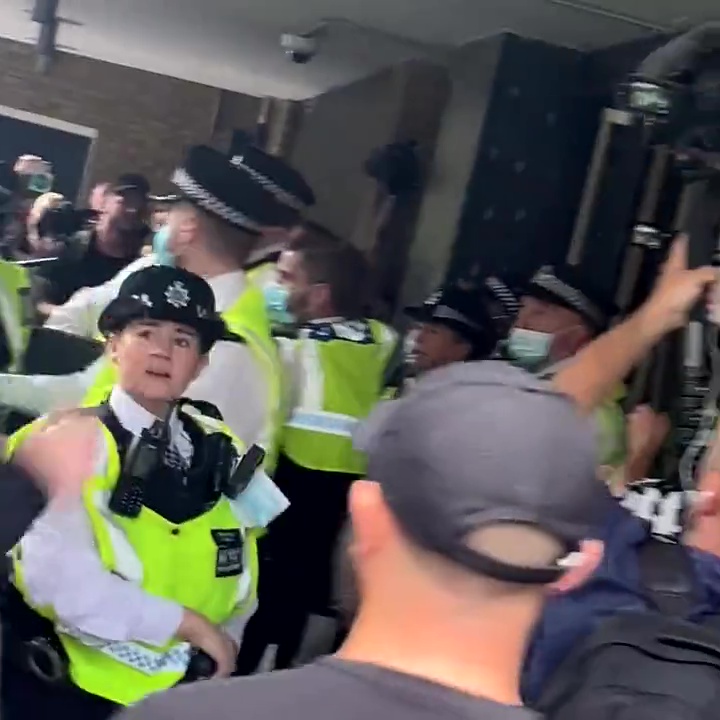 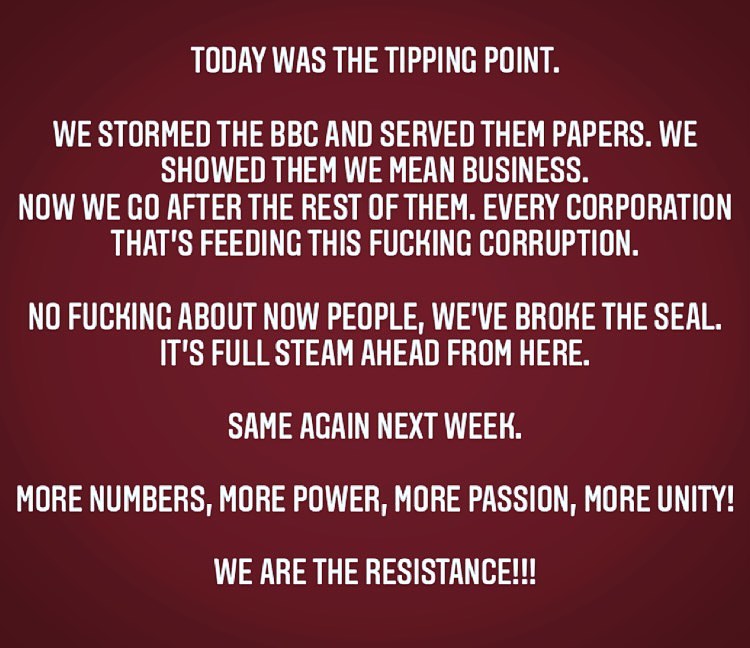 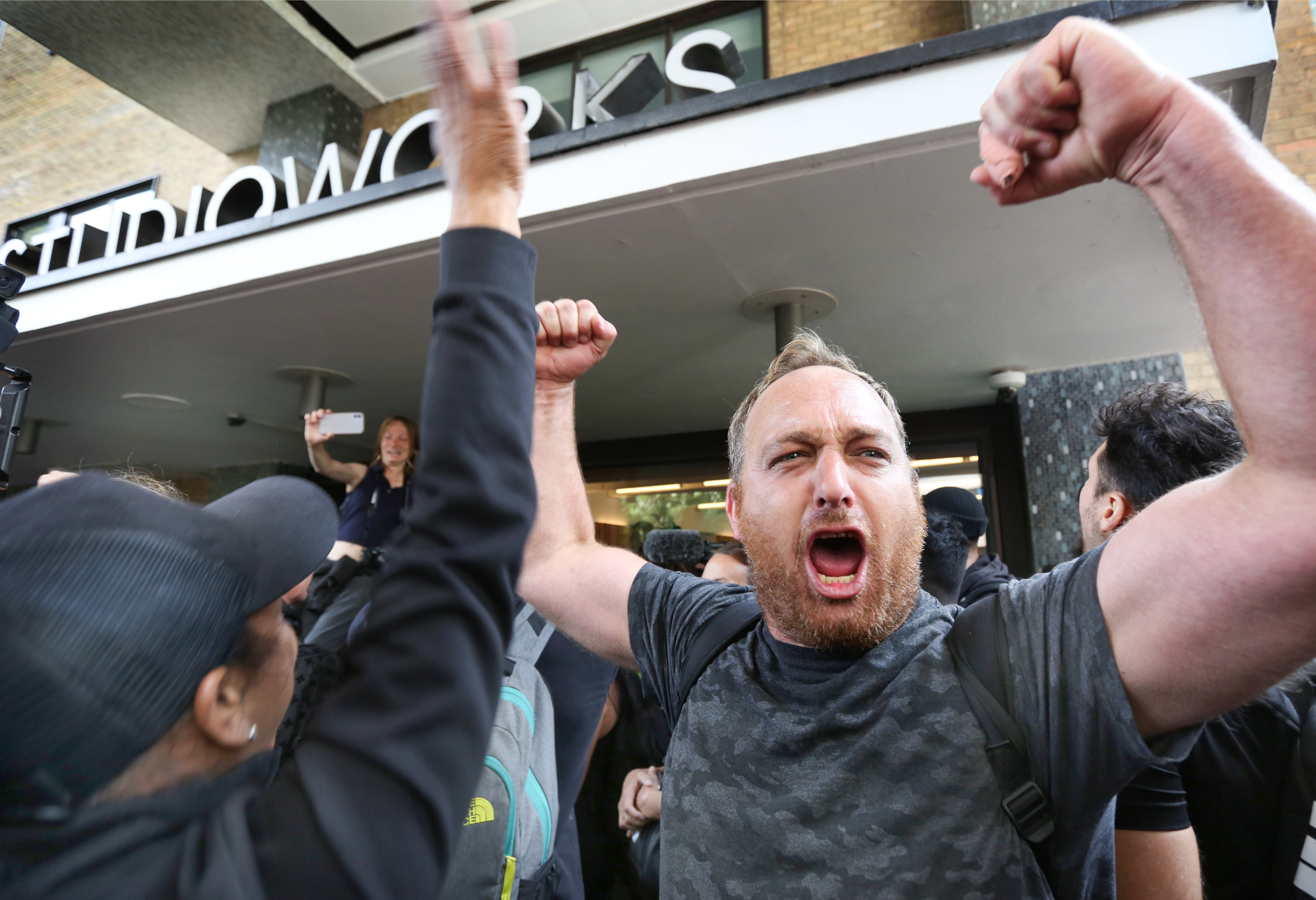 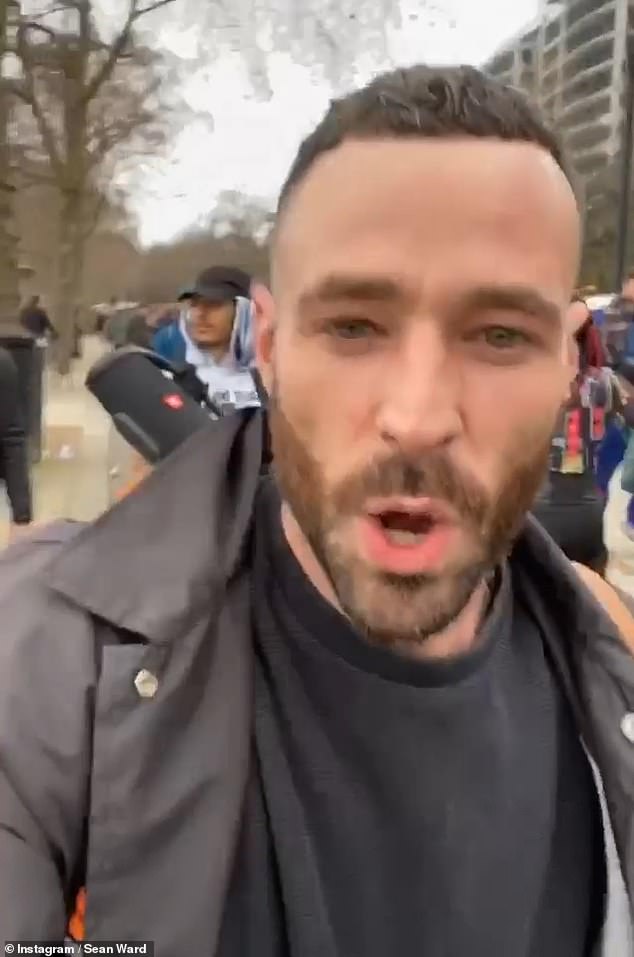