Ex-soldier, 78, facing prosecution over 1974 shooting in Northern Ireland’s Troubles loses Supreme Court bid to have his trial heard by jury

A former soldier facing prosecution over a shooting during Northern Ireland’s Troubles has lost a Supreme Court bid to have his trial heard by a jury.

Dennis Hutchings, 78, a former member of the Life Guards regiment, is due to stand trial in Belfast in relation to the fatal shooting of a man with learning difficulties.

John Pat Cunningham, 27, was killed in Co Armagh in June 1974 as he ran away from an Army patrol, which was commanded by Hutchings. 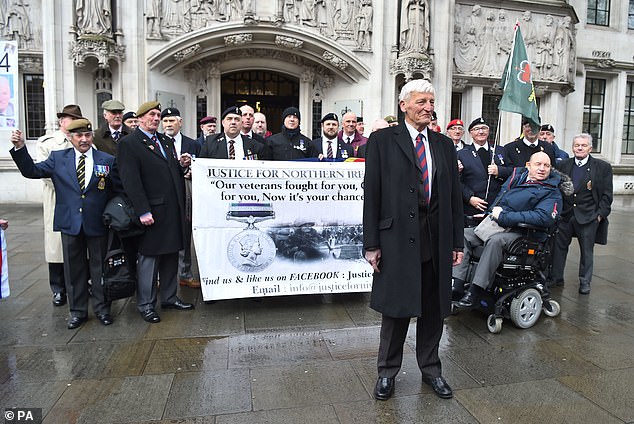 Former soldier Dennis Hutchings, pictured, lost his appeal to have his trial for the 1974 fatal shooting of a man with learning difficulties head before a jury in Belfast. The Supreme Court today ruled he will be tried before a judge alone in what was formerly known as a ‘Diplock court’ 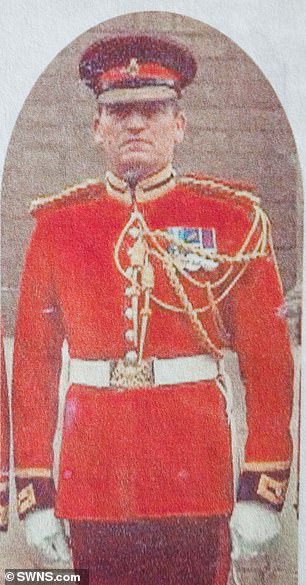 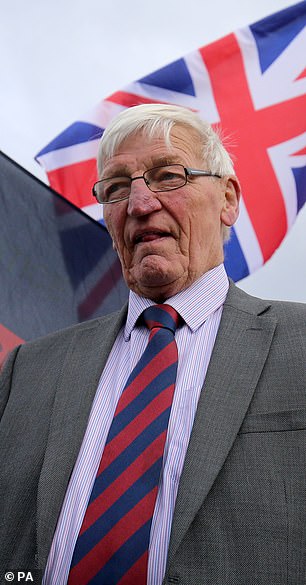 The Director of Public Prosecutions for Northern Ireland can direct a defendant be tried by a judge alone, in what was formerly known as a Diplock court, where a charged offence was ‘committed to any extent… as a result of, in connection with or in response to religious or political hostility’.

Prosecutors directed Hutchings’ trial be heard by a judge alone after concluding that there was ‘a risk that the administration of justice might be impaired if the trial were to be conducted with a jury’.

Hutchings, from Cawsand in Cornwall, appealed against the decision, but on Thursday the UK’s highest court dismissed his case.

Giving the court’s unanimous judgment in London, Lord Kerr ruled that it was ‘entirely unsurprising’ prosecutors decided there could be a risk of a biased juror or jury.

The judge noted Hutchings’ patrol had been involved in a ‘firefight’ with members of the Provisional IRA (PIRA) two days before the fatal shooting.

Lord Kerr added: ‘That the soldiers who fired on Mr Cunningham suspected that he was a member of the PIRA seems inescapable.’

Mr Hutchings, from Cawsand in Cornwall, is due to stand trial in Belfast charged with attempted murder and attempted grievous bodily harm with intent. He denies the charges. 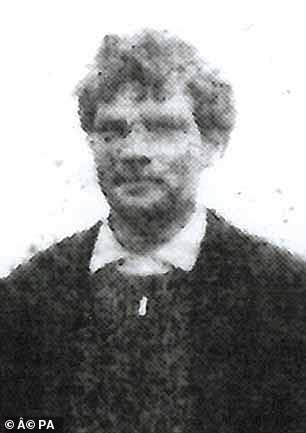 John Pat Cunningham, 27, pictured, was shot dead in June 1974 when he ran away from the British army patrol in Armagh in June 1974

The panel of five Supreme Court justices were unanimous in rejecting Hutchings’ appeal.

During a hearing in March, Hutchings’ barrister James Lewis QC said the connection to ‘sectarian violence as required’ by the law was ‘too remote’.

Gerald Simpson QC, for the Director of Public Prosecutions for Northern Ireland, however argued Mr Hutchings’ contention that the shooting did not relate to ‘religious or political hostility’ effectively ‘ignores the reality of the situation which prevailed in Northern Ireland in 1974’.

On the same day as the March hearing, Northern Ireland’s Public Prosecution Service announced that one former paratrooper would be charged with two counts of murder and four counts of attempted murder on Bloody Sunday.

The veteran, known as Soldier F, will face charges for the alleged murders of James Wray and William McKinney and the alleged attempted murders of Joseph Friel, Michael Quinn, Joe Mahon and Patrick O’Donnell in Derry in 1972.