A Perth jury will hear statements from 13 women in the trial of a former West Australian Police senior constable accused of drugging and raping them in a pattern of abuse spanning more than a decade.

Adrian Moore, now 52, has denied the assault and rape allegations against him – 87 in total – claiming the women consented to engage in bondage and other masochistic sexual acts. 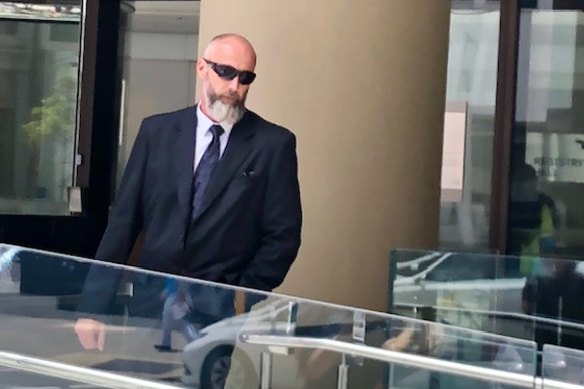 But state prosecutor Adam Ebell said police had hundreds of images and videos that Moore had taken of 11 out of the 13 women without their knowledge, which proved they were stupefied and unable to consent on at least one occasion each during their relationships with Moore.

Ebell alleged Moore would first meet up with the women, including through dating websites RSVP, Tinder and Plenty of Fish, gain their trust by telling them he was a police officer, and often engaged in a consensual sexual relationship before using a drink to drug them and rape them.

Ebell said Moore’s abuse included inserting glass bottles, vegetables and a metal hook into the women, urinating on their faces and into their mouths, and forcing sexual acts with a dog.

The first alleged victim was a police officer who Moore met at a party in January 2007. They agreed to meet up for a date on Valentine’s Day and went out for dinner.

Moore had booked a hotel room for the pair, which they went to after their date, but the victim said she did not recall getting to the room and felt hazy and blurry.

She only had vague memories of the rest of the night, but police allegedly found explicit images of her on a hard drive recovered from Moore’s Kelmscott home after his arrest in 2018.

Prosecutors allege the pictures show the woman was stupefied and unable to consent.

She recalled feeling “out of it” and hazy during most of their time living together, similar to how she had felt after waking up on strong painkillers after being in hospital.

Moore became controlling and was quick to anger, the woman said, and belittled her over her appearance, which included telling her that her genitals were ugly.

She said she had memories of him forcing her head down a toilet before making her drink his urine and waking up feeling sore with the word “slut” written on her body.

Police recovered images of her on the same hard drive as the first alleged victim, including one where she was passed out on a bathroom floor with vulgar messages written in black marker on her body.

The third alleged victim also met Moore on Plenty of Fish and had agreed to tell him where she lived after he insisted he help her move house.

Moore came over in his police uniform and bought a bottle of wine with him, the woman said. After drinking it, he allegedly clipped a lead to her choker necklace and struck her across the face, causing her to fall to her knees.

He then dragged her around the room, forcing her to walk on all fours before allegedly bending her over the bed and raping her. Police allegedly found images of the woman on Moore’s hard drive from that day which she does not remember being taken.

Ebell will continue to outline the experiences of the remaining 10 women to the court on Tuesday and Wednesday, before Moore’s defence lawyer Mark Trowell gives his opening statement. The trial is set down for six to 10 weeks.

Women who have concerns they have been a victim of an assault but who do not wish to speak to police can seek support from the Sexual Assault Resource Centre on 6458 1828.