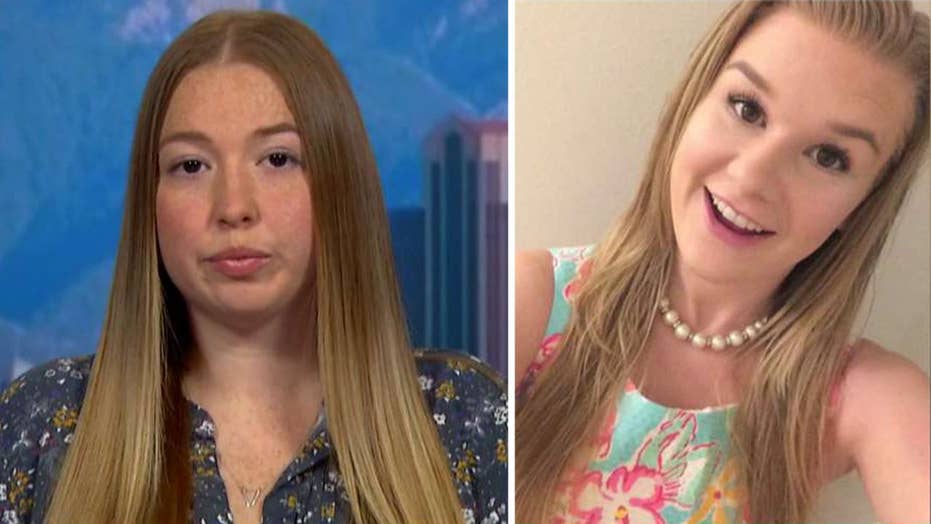 The 23-year-old Lueck disappeared last week, after ordering a Lyft in Utah. She was flying back home from a funeral in Los Angeles on June 17, according to police. She then ordered the Lyft and was last seen early Monday morning near Hatch Park in Utah.

The Lyft driver has since been cleared by authorities, who believe no physical harm has befallen Lueck.

Stoner said Lueck usually only traveled to visit her family and believes the death of her grandmother may have impacted her mood.

"She doesn’t travel often, but whenever she travels it’s usually to go back home, to El Segundo. But recently, since it was during such a tragic time over the last weekend with her grandma's funeral, I’m just worried and concerned about her well-being," she said.

"But Mackenzie is usually just a very vibrant, fun, outgoing person. She loves to just be social and she has so many friends, so we are all very concerned for her."

"I know [the funeral] was a very traumatic event for her," Stoner added. "She was close with her grandma. She’s close with all of her family. And so, I had texted with her over that weekend, just letting her know that I was there for her, and if there was anything that I could do. But after that, I haven’t heard [anything]."

Stoner said she isn't aware of any alternative means to get ahold of Lueck and wasn't aware of the specifics surrounding her dating life.

"As far as I know, I have never even heard of that before. I don’t know anything about another phone," she said. "I cannot confirm that she was on dating apps. As far as I know, the detectives are doing everything that they can. But I have no comment on that as of right now."

"I miss her to death. I worry about her every night. I am still not sleeping. I woke up feeling sick today, so it’s taking a very big emotional toll on me. And everyone," Stoner concluded.

Talia Kaplan and Nicole Darrah contributed to this report.