Families protest over demand for probes into gambling-related deaths

The Gambling Commission has investigated only three cases of gambling-related suicide in recent years, according to campaigners, a fraction of the 400 addicts who take their own lives annually.

The failure to find out what happened could be allowing firms to get away with breaking the law in the most devastating cases, according to Gambling With Lives, which represents bereaved families.

More than 2,000 gambling addicts have taken their own lives since 2016, according to Public Health England. 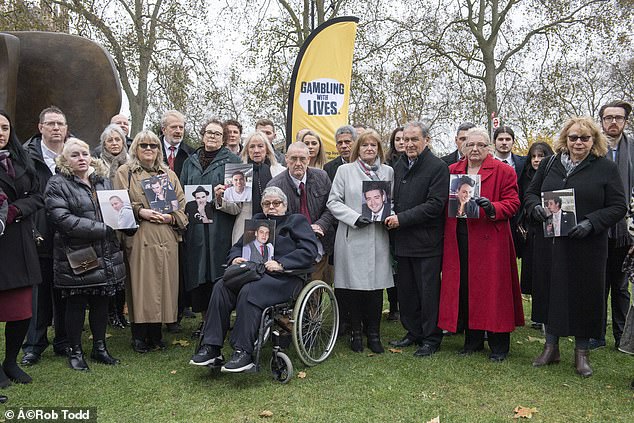 Yesterday, the gambling minister said the Government had a ‘moral duty to do a lot more’ because it was ‘clear to me there is a serious problem with the number of people who have gambling addictions’.

The intervention by Chris Philp, the parliamentary under-secretary in the Department for Digital, Culture, Media and Sport, raised hopes the Government will rein in the gambling giants. The Daily Mail has been calling for greater protection for addicts with its Stop the Gambling Predators campaign.

Ministers are expected to announce proposals to reform the Gambling Act early next year in the biggest shake-up of the industry’s laws for 16 years. Bookmakers may be forced to ask for customers’ payslips to prove they can afford their gambling.

The mother of high-flying engineer Chris Bruney, who took his own life hours after a gambling company gave him a £400 cash bonus to bet with, wants all gambling suicides to be fully investigated.

Mr Bruney, 25, pictured, gambled £119,000 in five days, but instead of shutting his account, Playtech plied him with bonuses and free bets.

His death in April 2017 is one of only three suicides to be examined by the Gambling Commission. The regulator found that Playtech broke the law and fined it £3.5 million. 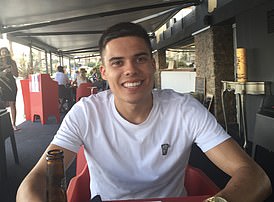 Firms will also be expected to share data to prevent problem gamblers losing more than they can afford with numerous casino websites.

But demands are growing for more pledges to tackle gambling-related suicide. Members of 18 bereaved families gathered outside Parliament to demand regulators investigate all future gambling deaths.

Charles and Liz Ritchie lost their son Jack, 24, after he was bombarded with offers and emails on his mobile phone drawing him back to gambling.

Mrs Ritchie said: ‘We have ended up in a world where gambling is normalised by wall-to-wall advertising and sponsorship and those who have become addicted are seen as problem people who can’t gamble safely.

‘Gambling products are highly addictive and the predatory practises of gambling companies have gone unchecked for too long. It has to stop now. We’re asking that the Gambling Commission investigates every gambling-related suicide for lessons to inform regulation and to establish if companies have broken the law.’

Addressing the families yesterday, Mr Philp promised reform, saying he had heard too many stories of bookmakers allowing customers to ‘lose obviously unaffordable sums of money’. He also expressed his anger that at-risk players have been ‘led to a very dark place with direct offers, marketing, and VIP treatment’.

He said: ‘Gambling addiction is a clinical addiction as serious as drugs, and it is definitely a public health issue. We have a moral duty to do a lot more to protect those people. The gambling review will aim to do that.’

Labour MP Carolyn Harris, the chairman of the all-party parliamentary group for gambling harm, said: ‘It is good to see Chris Philp set out his desire for meaningful gambling reform today. There is still a long way to go, but we welcome his commitment to a public health approach preventing gambling related harm.’