Family of murdered Olly Stephens, 13, who was fatally stabbed after being lured to a park hold memorial service to mark first anniversary of his death as his parents tell of their ‘living nightmare’

The family of an autistic 13-year-old boy who was lured to a park where he was brutally murdered have held a memorial service to mark the first anniversary of his death.

Olly Stephens was coaxed to Bugs Bottom field in Emmer Green, Reading, on 3 January 2021 by a 14-year-old girl, allowing two teenage boys to ‘ambush’ him with a knife.

His frantic parents raced to the scene, which was just moments from their home, after a witness raised the alarm – but he was already dead when they arrived.

The two boys, now both aged 14, were convicted of murder following a trial, while the girl pleaded guilty to manslaughter. Her sentence was later increased by the Court of Appeal.

To celebrate Olly’s life, his parents Amanda and Stuart Stephens, invited close friends and family to join them at St Barnabas Church in Emmer Green, earlier this afternoon at 3:00pm to remember him. 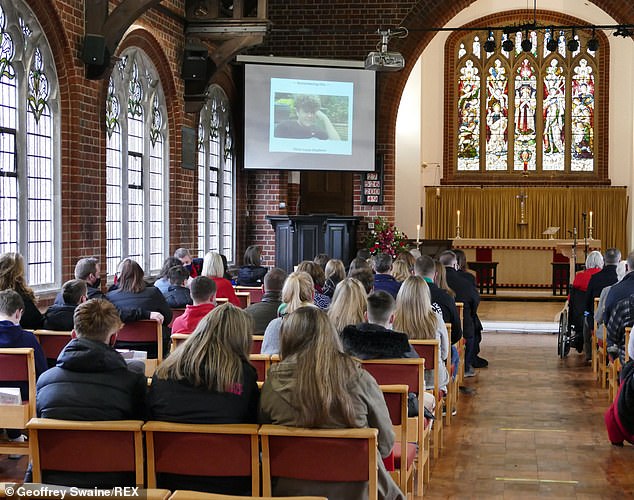 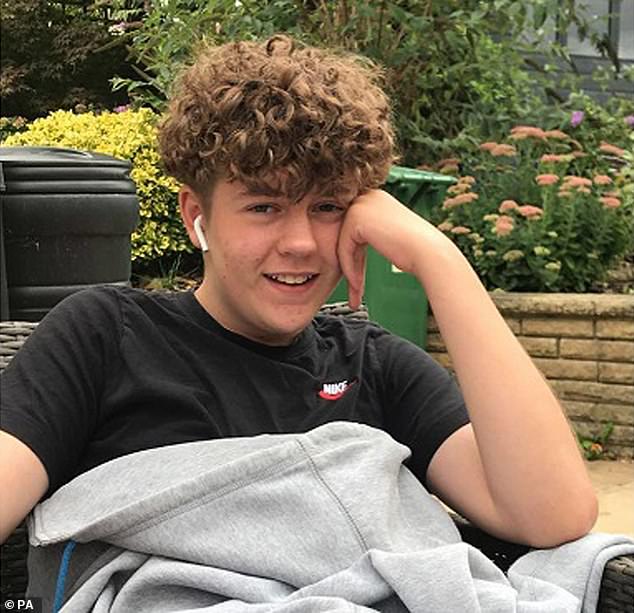 Olly Stephens (pictured) was coaxed to Bugs Bottom field in Emmer Green, Reading, on 3 January 2021 by a 14-year-old girl, allowing two teenage boys to ‘ambush’ him with a knife 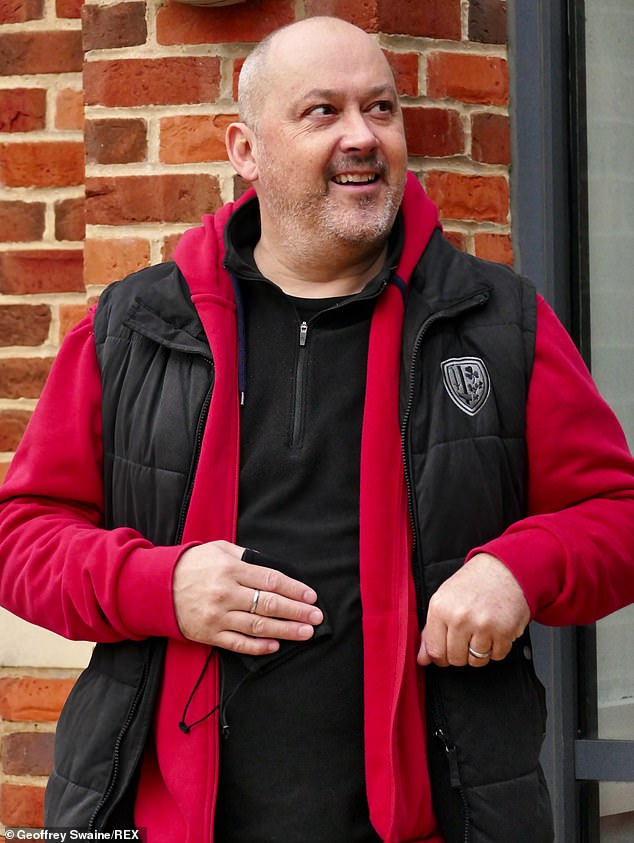 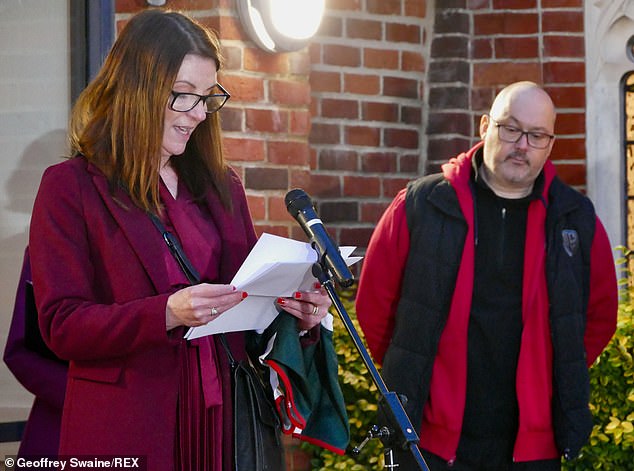 The service was led by the Bishop of Reading, the Right Reverend Olivia Graham – and played out on loudspeakers outside the church so well-wishers could pay their respects to the youngster.

Mrs Stephens said the past year had been a ‘living nightmare’, to BBC News.

She admitted: ‘Even though it is a year, I feel like I’m looking on to life rather than living it.’

Mr Stephens also opened up about the remembrance service being important because it raises knife crime awareness.

He added: ‘We want people to remember Olly how he was and not the way he died.

‘[The service] will raise awareness of knife crime and get those conversations started in households – talk to your children.’

Olly had been lured to the park last year in a carefully planned ambush after he had apparently sought to defend another boy who was being humiliated in a group chat.

Olly’s attackers left him with stab wounds to the chest and back after a short scuffle at the scene.

The younger boy, who was 13 at the time, used a knife to stab Olly while the older boy was fighting with him, the trial at Reading Crown Court previously heard. 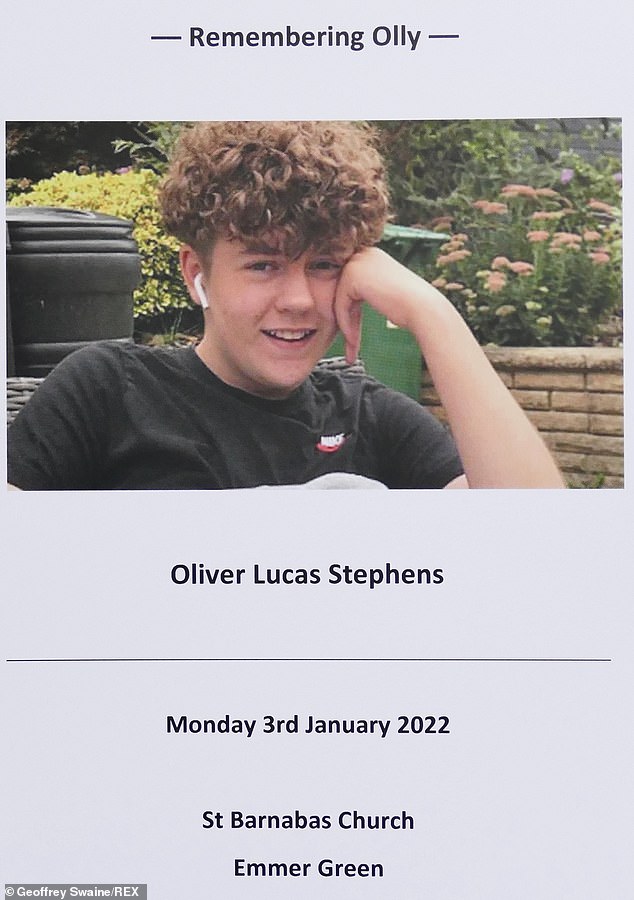 Jurors were told they had shared several messages on Snapchat in the days leading up to Olly’s death, which demonstrated hostility towards him.

The girl said in one message to one of the defendants: ‘Karma – he (Olly) deserves all of this.’

The older boy also said: ‘I actually hate the kid with a passion – if I was to see him right now I’d probably end up killing him’.

The mother and father of the murdered schoolboy previously urged the parents of teenage children to ‘take their phones off them’ after warning how social media ‘played a massive part’ in their son’s death.

Stuart and Amanda Stephens said they remain ‘broken’ after the death of their ‘generous, caring and loving’ 13-year-old son. 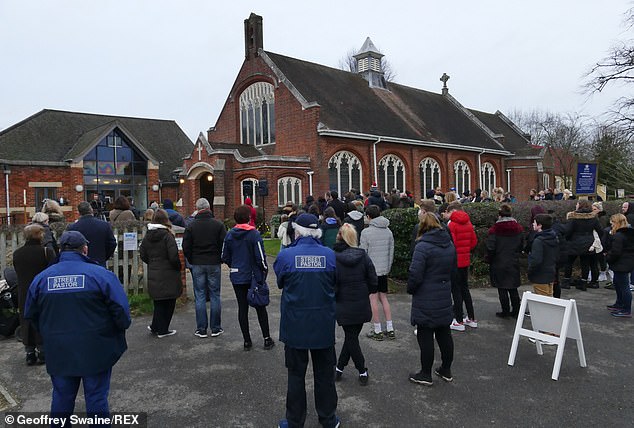 Asked what words of advice they would offer to parents of children their son’s age, Mr Stephens said: ‘Take their phones off them and don’t give them back.’

Mrs Stephens said she had ‘no idea’ at the time how badly her son was being treated by others.

She said: ‘Keep asking questions, be suspicious, try not to be put off – you get batted away by your children, when you ask questions you don’t get answers.

‘Just keep going until you feel comfortable and trust your gut reactions as well.’

Mrs Stephens added: ‘If you don’t like the sound of friends, there probably is a very good reason why.

‘It’s very hard because we can look back and say, as parents, we did our best job, loved him to bits and always tried to be there for him and talk to him.’