Major fashion retailers have been accused of cashing in on Britain’s knife crime epidemic by selling lookalike stab vests.

High Street stores including Asos, Boohoo and Matches Fashion are selling variations on the ‘tactical vests’.

They resemble stab-proof vests but offer little protection, with some criticising the shops for trying to make violence fashionable. 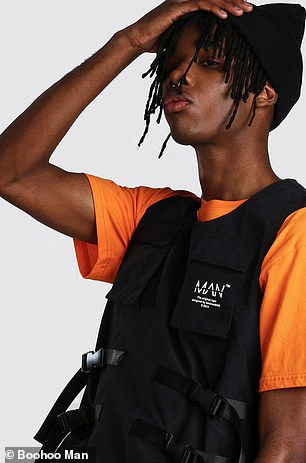 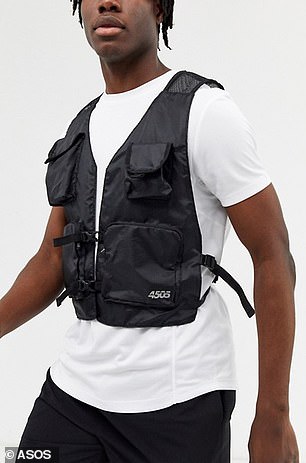 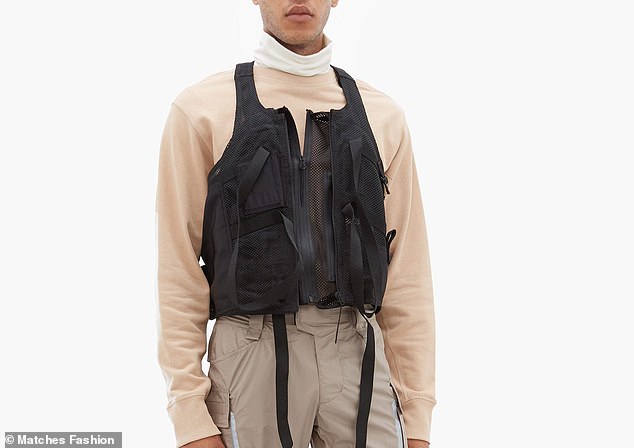 One ‘Tactical Mesh Vest’ designed by streetwear brand 1017 ALYX 9SM and sold by Matches Fashion is on sale for £310.

While Boohoo Man are selling a black ‘utility tactical vest with buckles’ for £18.75.

Dean Dawe, 37, whose son was twice held up at knife-point, told Sky News that wearing the vests could even encourage further violence.

He said: ‘If you’re walking around with a stab proof vest you’re going to get other people who might want to put it to the test and challenge it.’

Patrick Green, CEO of the Ben Kinsella Trust, one of the biggest anti-knife crime charities in the UK, fears the trend could see stab vests becoming normalised on British streets.

He said: ‘What worries me more is that for many young people this is just a normal garment that you would wear. They don’t think about what it’s really saying.’ 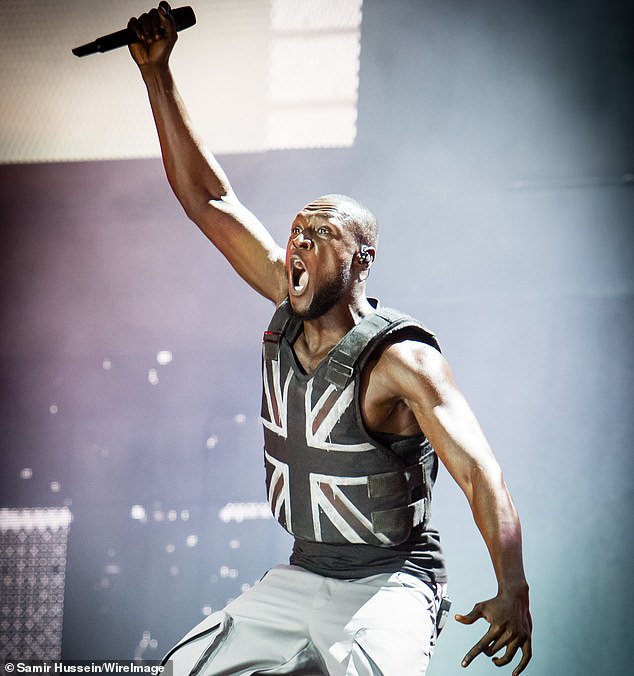 Grime star Stormzy wore a stab-proof vest with a Union Jack emblazoned on the front designed by Banksy for his Glastonbury headline show last year.

The move was seen as a political statement about rising knife crime, as his set also featured a speech by David Lammy about the criminalisation of young black men.

But similar vests have also been seen at New York Fashion Week and are becoming more and more popular as a fashion accessory.

BoohooMan.com said the vests are a ‘street wear trend’ and said the company does not ‘condone any form of violence and would never use fashion or trends to condone this sort of behaviour’.

Meanwhile Urban Outfitters have taken down a vest from their website after the issue was raised.