A possible betting scandal involving the Australian of the Year Award has been referred to Australia’s top criminal intelligence agency.

A spokesperson for the National Australia Day Council said it had been “concerned about betting on the Australian of the Year Awards for a number of years and spoken to authorities about having these markets shut down.” 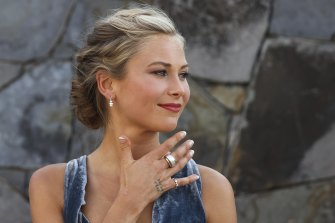 “The NADC referred betting on this year’s Australian of the Year Awards to the Australian Criminal Intelligence Commission on Monday 25 January,” the spokesperson said.

“The NADC requires all staff, contractors and broadcast partners who need to be advised of winners before the national announcement to sign non-disclosure agreements. This agreement has a specific non-betting clause.”

This year, about 180 staff, contractors and broadcast partners signed non-disclosure agreements relating to the Australian of the Year Awards. The winners were selected in December but were not announced publicly until January 26.

The Council would not confirm which names may have been leaked and subsequently impacted betting markets.

Grace Tame was named the 2021 Australian of the Year for her advocacy for survivors of sexual assault, particularly those who were abused in institutional settings.

She was groomed and abused from the age of 15 by a 58-year-old maths teacher. The perpetrator was jailed but it took years for Ms Tame and other members of a broad coalition, including journalist Nina Funnell, the founder of the #LetHerSpeak campaign, to overturn Section 194k of Tasmania’s Evidence Act, which prevented survivors being identified.

There is no suggestion Ms Tame had any knowledge of the possible scandal.

The Australian Criminal Intelligence Commission said it did not comment on any investigations, operational activity or matters before the courts.

Australian, fears, of, the, Yea
Celebrities