Feast your eyes on Britain’s biggest sausage roll — at 1.5ft long and weighing 3lbs – The Sun

The tasty treat, dubbed The King, is ten times the weight of the average sausage roll. 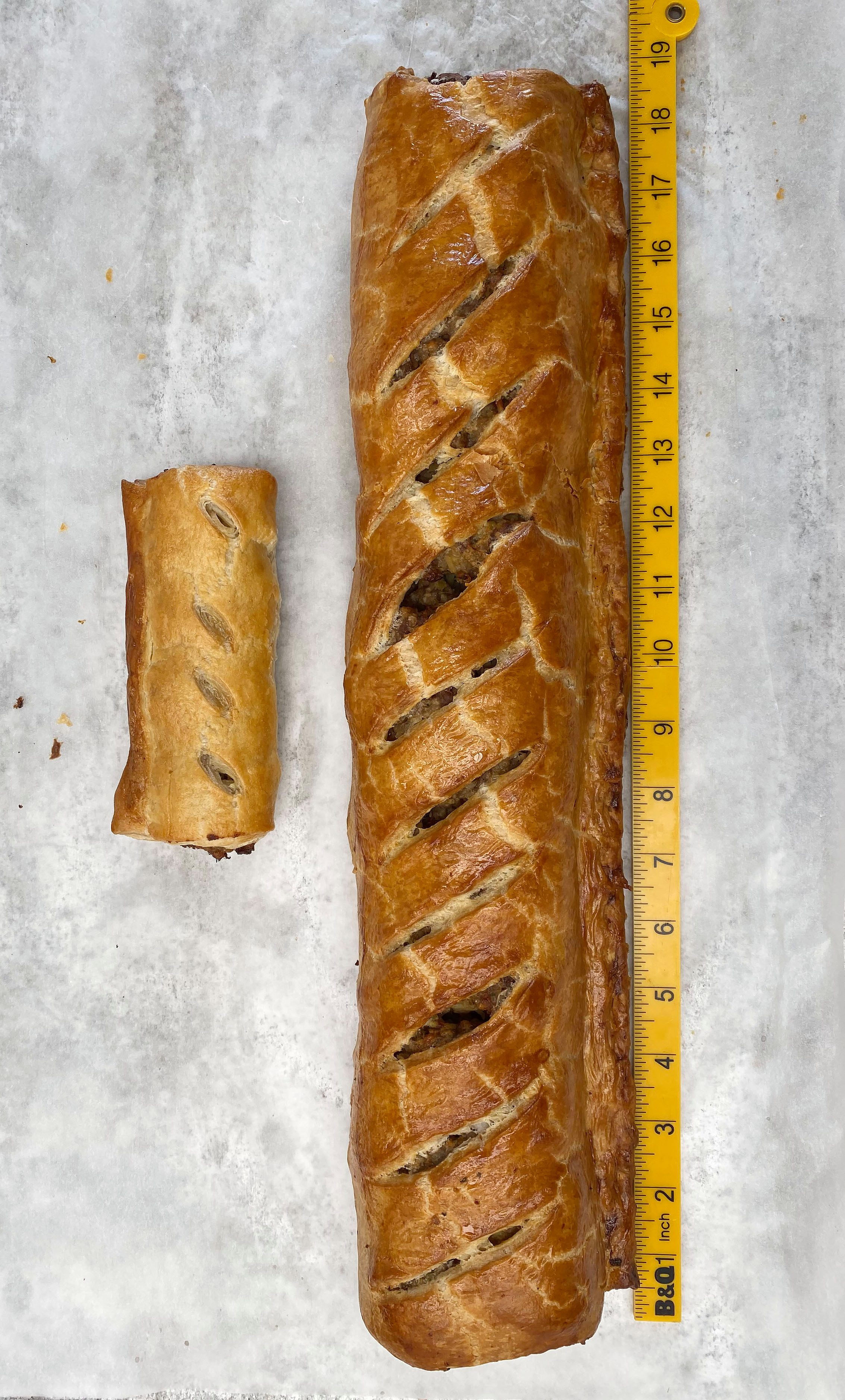 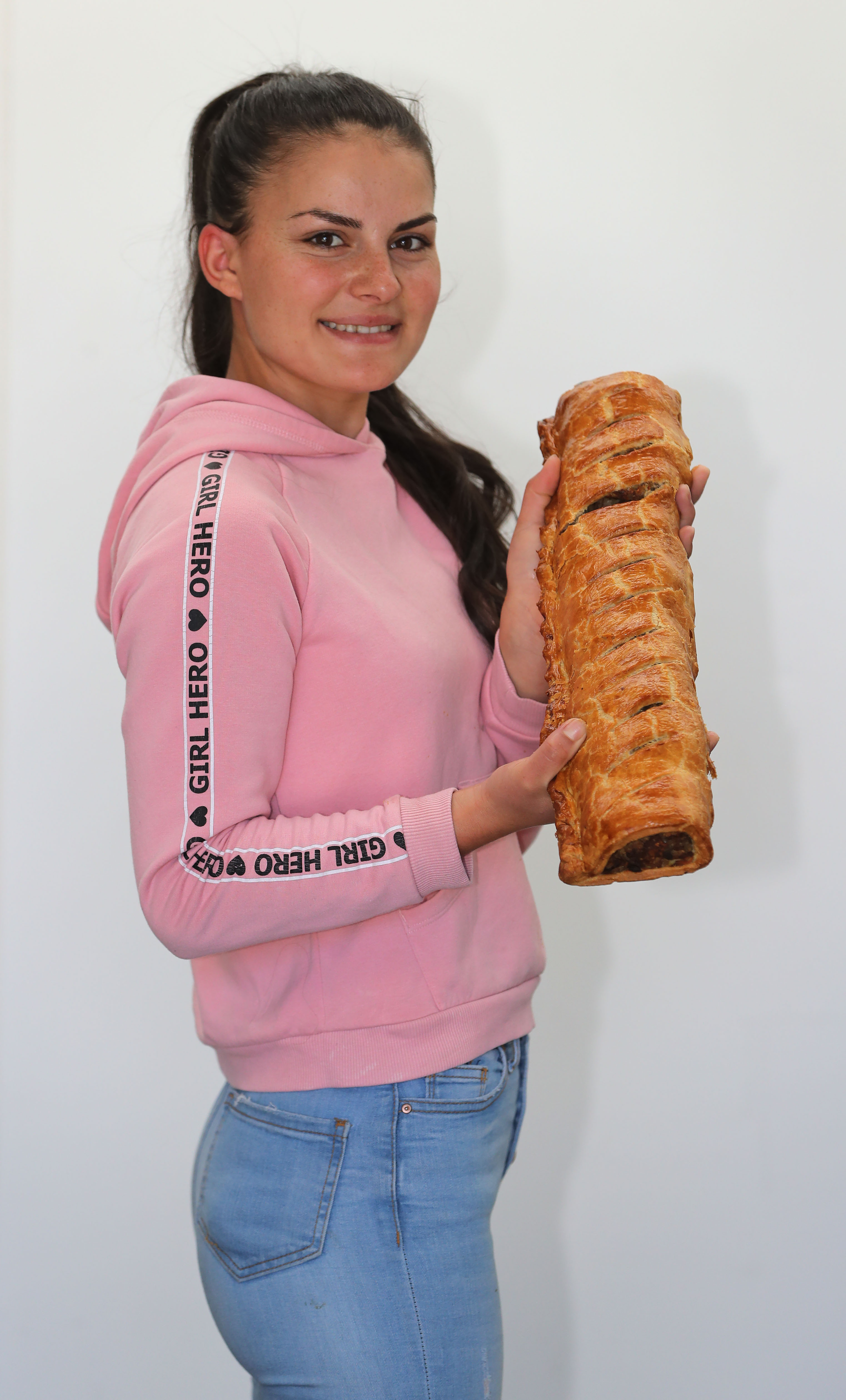 Baker Claudia Ciobanu, 22, has tried one. She said: “It’s very heavy. You need to use both hands to pick it up but it’s absolutely delicious. I had one for lunch with my colleagues and we had to share it out it was so big.”

Prestige calls it the “ultimate sausage roll” and is daring dads to take on the “mammoth challenge”.

Each sausage roll is made with all-butter pastry and packed with pork shoulder, herbs and seasonings — and contains 3,200 calories compared with 481 in a standard sausage roll.

Mohammed Khan, from Halifax-based Prestige Hampers, said: “At 19in long and weighing in at a mighty 2.8lb, it has beaten its predecessor by a whole seven inches." 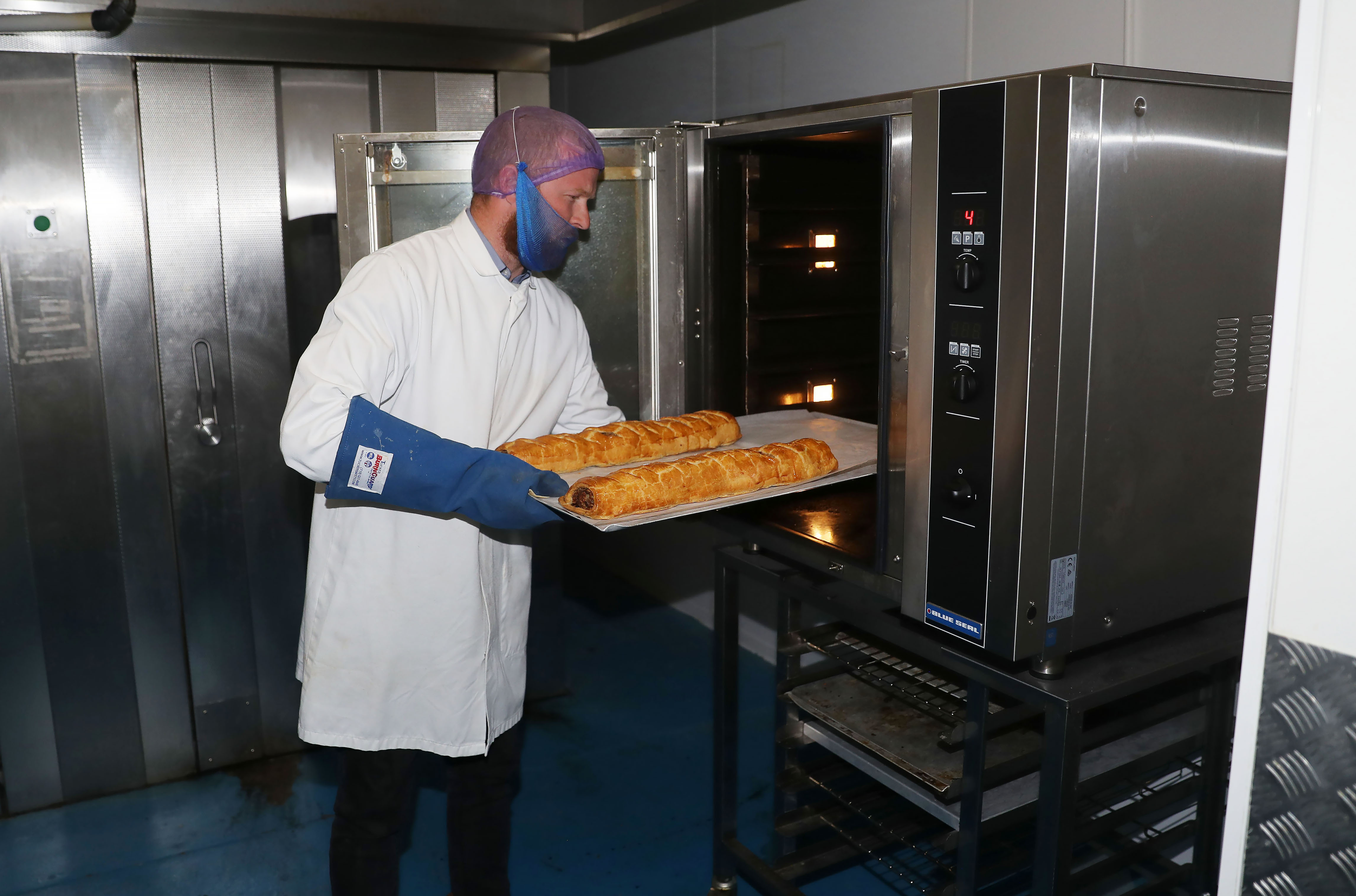 “The mammoth sausage roll is almost five times the length and ten times the weight of some high street competitors.

“The humongous sausage rolls are made fresh and are available to buy online. It’s the perfect treat to give to dad this Father’s Day. Who doesn’t love a giant sausage roll? It’s large enough for a family picnic or a very hungry dad.”

Related posts:
b, Britain's, eyes, Feast, On, Your
Celebrities