Falling televisions, quad bikes and button batteries — they may look harmless, but all have been lethal to some of their users.

And they are all in the Australian Competition and Consumer Commission’s sights to make safer.

Psychologists have long debated the mental harm from TV, but on Monday, commission chair Rod Sims gave alarming figures about the physical threat posed by our “idiot boxes” and other household furniture. 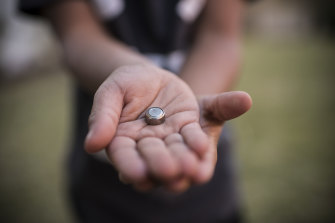 The head of Australia’s consumer watchdog Rod Sims has pointed out the dangers posed by button batteries.Credit:Wolter Peeters

The ACCC estimates about 2600 Australians per year — or 50 people per week — receive hospital treatment for injuries when furniture, including TVs, fall on us.

In his annual speech to the National Consumer Congress, broadcast online and announcing the ACCC’s five product safety priorities in 2021, Mr Sims said that 22 children under age 9 had been reported killed by toppling furniture between 2011 and 2018.

Mr Sims said an assessment of the effect of the ACCC-promoted Best Practice Guide for Furniture and Television Tip-Over Prevention had shown that “industry self-regulation is not leading to sufficiently safe practices”.

The ACCC would, for that reason, “work to identify more effective risk controls”, Mr Sims said.

Regarding quad bikes, Mr Sims said it was “appalling and unacceptable” that there had been a record 23 fatalities related to them last year, many of them from rollovers, and since 2011 there have been 162 deaths and an estimated six injuries per day.

In October, it becomes mandatory that quad bikes be fitted with ‘operator protection devices’ — including frames that hold the bike and the rider off the ground if the vehicles roll over. 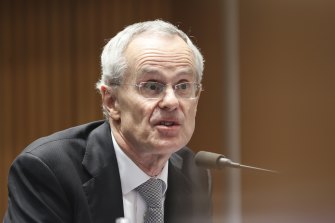 Mr Sims said it was “a necessary step” to address safety risks and the ACCC would conduct education, surveillance and enforcement to back up that and other requirements such as increased quad bike stability.

Mr Sims said there have been three deaths in the past eight years from button batteries in Australia, and more than one child a month is severely injured from ingesting them.

New safety standards for button batteries were announced by the federal government in December 2020, and Mr Sims said the ACCC would work to bring them into effect and to educate the public.

The ACCC would promote business compliance with better battery design and packaging, and warnings for consumers of the batteries’ risks.

Unsafe “infant sleeping products”, such as cots, and the safety of products bought on the internet are also among the five key areas the ACCC would focus on this year, Mr Sims said.

Mr Sims told the congress that the ACCC would engage in “extensive consultation” with stakeholders to assess potential safety risks associated with infant sleeping products, and identify strategies to address them.

Regarding the safety of products bought online, the ACCC would monitor compliance commitments given by four of Australia’s online market places in November 2020.

Mr Sims said eBay Australia, Amazon Australia, AliExpress and Catch.com.au had all signed the Australian Product Safety Pledge, committing to do more to protect consumers from unsafe products than required to by current law.

Commitments from more large online businesses would be encouraged.

Mr Sims said that one success that was previously a priority for ACCC was no longer on the list, with the completion in December of the three-year compulsory recall of deadly Takata airbags.

He said that car manufacturers had replaced or accounted for 99 per cent of the more than three million affected vehicles.

He said the Takata case “illustrates the need for a general safety provision to be introduced to prohibit suppliers from supplying unsafe products to Australian consumers”.

The UK, European Union, Malaysia, Canada and Brazil already had this law “and we will keep pushing the issue”, Mr Sims said.