Millionaire financier, 65, fights ex-girlfriend, 60, for more compensation after judge ordered him to sell his £2.5m Cotswolds mansion and give her half – after she banned him from visiting it with the woman she caught him in bed with

A millionaire financier who was caught in bed with another woman is fighting his ex-girlfriend in court for more compensation after a judge ruled they must sell their £2.5million weekend mansion and split the money.

Former financial analyst Dr Chris Rowland, 65, bought the nine-bedroom ‘Italianate villa’ Tadmarton House, near Banbury, Oxfordshire, in 2009, planning to use it as a weekend country retreat with his partner Sharon Blades, 60.

But in November that year, their relationship hit the rocks after eco-business executive Ms Blades discovered Dr Rowland had taken up with up another woman.

Dr Rowland, who once raked in an annual income of over £1million, carried on seeing both girlfriends for more than a year until Ms Blades caught him and the other women together in bed at his London penthouse in 2011.

Ms Blades, who had issued a ‘veto’ banning Dr Rowlands from visiting Tadmarton House with her love rival, accepted a police caution for ‘assaulting’ his other lover by ‘ripping off the bedclothes’.

Dr Rowland, who has a PhD in Economics, was given a restraining order preventing contact with either woman for weeks, the High Court in London was told.

Ms Blades’ veto on Dr Rowland weekending at Tadmarton House with his new partner had lasted until October 2015, when he split with her also.

In 2020 Ms Blades and Dr Rowland fought a court case over ownership of the mansion, with a judge ruling that they were equal owners and it must be split between them – despite Dr Rowland having paid the full price out of his own pocket.

In court this week, his barrister Paul Dipre argued that Dr Rowland was ‘effectively thrown out for the weekends’ and that Judge William Hansen had wrongly assessed the loss he suffered. 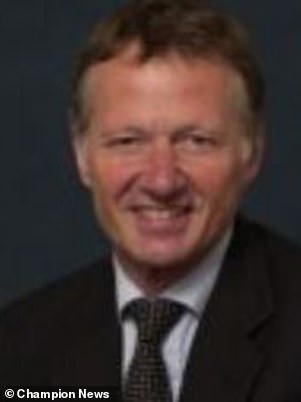 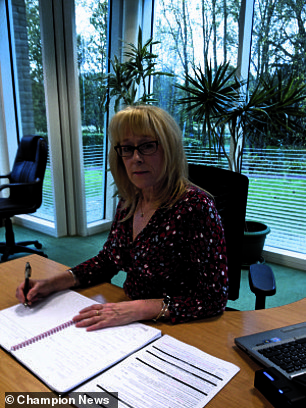 Dr Chris Rowland, 65, (pictured left) and business executive Sharon Blades, 60, (pictured right) battled in court over the ownership of their £2.5m Cotswolds mansion at London’s High Court after he cheated on her with another woman 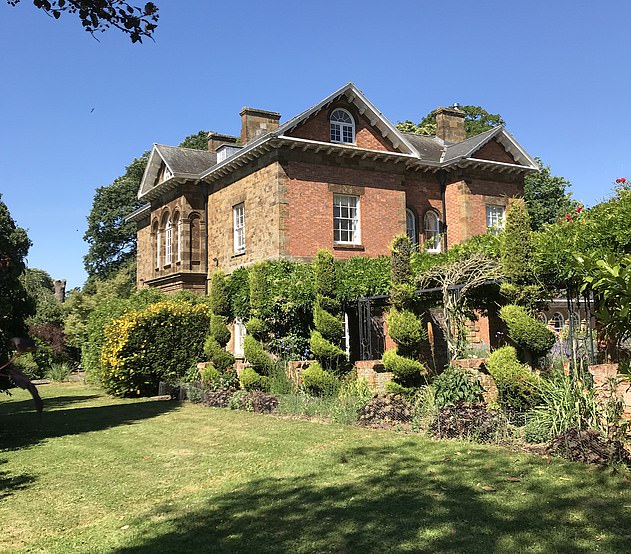 Dr Chris Rowland and Sharon Blades had a row which resulted in complaints being made to the police. It was a humiliating end to Sharon’s relationship with the man she hoped to grow old with in the £1.6 million Oxfordshire mansion (pictured) which was bought with a view to them retiring there together

The court heard that Dr Rowlands and Ms Blades were charmed by the ‘large and elegant’ Grade-II listed country pile set among 24 acres.

According to Ms Blades, they intended to’ grow old together’ there, and Dr Rowland planned to grow elephant grass in the adjoining fields as a sideline.

Judge Hansen, ruling on the ownership dispute in the High Court last year, said Dr Rowland had carried on seeing both women after Ms Blades discovered his dalliance.

He added: ‘He then continued to see both for more than a year, but in the early part of 2011, Ms Blades dropped in unexpectedly at his flat and found him in bed with his new partner.

‘There was an altercation that resulted in Ms Blades accepting a police caution for assaulting the new partner and Dr Rowland accepting a restraining order preventing contact with either woman for weeks.’

In court, Dr Rowland had admitted carrying on seeing both women for several months and acknowledged he was ‘not proud of that fact’.

‘But I was emotionally attached to both women and each of them wanted me to choose between them, and I had real trouble making that choice,’ he told the court.

Dr Rowland said that Ms Blades ‘vetoed’ him and his new partner from visiting the country mansion and had even written to him stating: ‘I’d rather you sell it and have nothing than have the risk of her going up there.

‘It was ”our” place and if nothing else I’d like to keep that memory even if I don’t physically have it or am able to be there anymore.’

In February last year, Judge Hansen ruled against Dr Rowland, who had insisted that he exclusively owned Tadmarton House since he paid the full price out of his own pocket.

The judge said he and Ms Blades had taken on the property jointly, although acknowledging: ‘In one sense the outcome is a harsh one for Dr Rowland who contributed the whole of the purchase price in acquiring a country house to be used as a weekend and holiday retreat by a couple who each had their own properties and who never saw fit to pool their resources.’

He ruled that the property was owned in equal shares by the couple and ordered that it be sold with the profits split down the middle.

Jude Hansen also awarded Dr Rowland £59,958 to compensate him for his exclusion ‘from the use of a jointly-owned weekend holiday home from November 2009 to October 2015’.

Ms Blades’ veto on Dr Rowland weekending at Tadmarton House with his new partner had lasted until October 2015, when he split with her also.

But Dr Rowland is now appealing the £59,958 award, asking Judge Milwyn Jarman QC to hike his compensation to what he says is a fairer figure of £216,199.

In court this week, his barrister Paul Dipre argued that Dr Rowland was ‘effectively thrown out for the weekends’ and that Judge Hansen wrongly assessed the loss he suffered.

But Ms Blades’ lawyers say her ex’s compensation should be calculated on the basis of his ‘loss of enjoyment’ of the weekend bolthole – rather then on its holiday rental value.

‘Essentially, it was the loss of the opportunity to enjoy the amenity of using the house at weekends.

‘That amenity did not lie in the basic elements of the property such as the roof over the occupants’ heads, the kitchen to cook in and the bedrooms to sleep in, and so on.

‘Dr Rowland already had those things in his own home. What he lost was the special amenity, the special pleasure, afforded by spending time at Tadmarton House. Properly analysed, it was and is submitted, Dr Rowland’s claim was a claim for loss of enjoyment.’

After hearing the appeal case for half a day, Judge Jarman said he would give his decision at a later date.