Firefighter who sent degrading messages loses fight to get job back

A firefighter who was called out in the middle of the night to help a disabled man trapped in his toilet, then moaned to colleagues in a WhatsApp group that it was ‘no emergency whatsoever’ has lost his fight to get his job back.

Christopher Ketterer was sacked in June 2020 after a ‘degrading’ message he sent to six workers from the Scottish Fire and Rescue Service became widely shared and ultimately seen by bosses.

A Scottish employment tribunal heard that in the early hours of February 14, 2020 Ketterer was on duty when just before 3am he attended an emergency call out as part of a four person crew.

An individual with impaired mobility was trapped in the toilet of his home.

Their fire engine was then re-routed to a second address – the caller’s cousin – so that a set of keys for the original address could be collected and the crew commander was told to turn off their blue emergency lights.

The crew picked up the keys, went to the caller’s home and helped him into his wheelchair and discovered he had not been trapped but was unable to get up.

The tribunal heard the claimant and fellow firefighters were frustrated at being called out over the incident as they did not believe it was a genuine emergency and the caller was known to have made similar calls in the past. 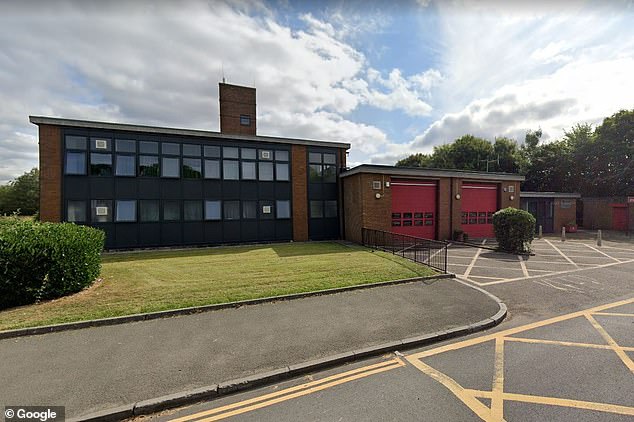 Ketterer perceived the demeanour of the caller and his cousin to indicate that they were trivialising the status of his role and knowing they were wasting the firefighters’ time.

They were also unhappy it had been a partly blue light incident when it was not an emergency.

Ketterer finished his shift and posted the message describing the incident and mentioning ‘for yous that are still in-between a yes and a no vote’.

He wrote: ‘Just to recap we got turned out under blue lights to an address then for control to come over and tell us to head to another address to pick a set of keys up to let us into the first address never heard anything like this before it’s an absolute disgrace (angry face emoji) no emergency what so ever (sic)’.

The claimant said this was typical language he would privately use to colleagues on a daily basis and they would not be offended.

But within an hour his WhatsApp message was shared more widely and copied to other firefighters at his station in Pollok, Glasgow, and in other stations in West Scotland including senior employees.

The Scottish Fire and Rescue Service said their social media policy says posting offensive material or harassing staff or the public via social media will be treated as seriously as if it had happened in the workplace.

It says any inappropriate posts can lead to disciplinary action and in extreme cases civil and criminal law.

He said: ‘He showed genuine remorse for his isolated act of misconduct, and may not have appreciated fully the seriousness of that act at the time.

‘On the evidence there were no issues generally with his performance, commitment to the role or popularity among his colleagues.’