In the footage, filmed underwater in Loro Parque Zoo in Spain, two orcas were observed in never-before-seen behaviour that scientists believe may be a type of reconciliation following a falling out.

Reconciling after a fight is thought to be important for the highly sociable creature.

Their complex social traits, thought to be a type of kissing, are shared between whales and humans.

The process of the sea giants making up usually happens with the matter of three minutes, and they’re not thought to hold long-term grudges like humans.

A group of researchers who published an article in Zoo Biology said: “We documented the pattern ‘gentle tongue bite,’ where an animal touches the other’s tongue with his teeth but does not bite it.”

The behaviour is part of more than 100 hours of recordings of social interactions observed by the researchers.

They found that aggressive or conflictive behaviours represent less than 1% of the time observed and orcas have great stability in the group and in reality conflicts occupy a very small part of their social life. 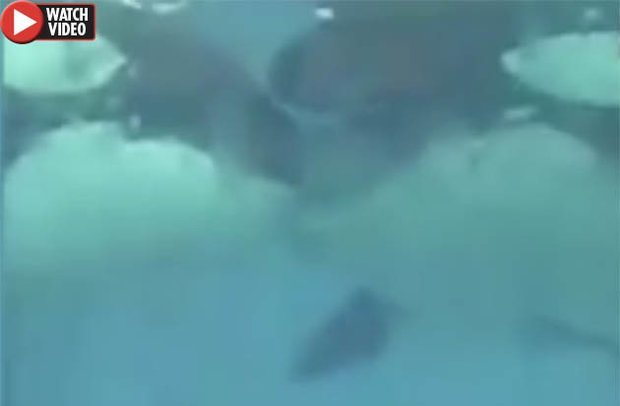 Within this small percentage of aggressive or controversial attitudes, the most common are jostling (50%), persecution (30%) and biting (5%).

A researcher added: “A well-established hierarchy avoids many conflicts and helps peace to reign among the different members of the group.”

Efforts by the researchers promise to help increase understanding of the social structure of Orcas who are often difficult to observe in the wild.

This research could also help improve the lives of orcas kept in captivity.

It comes after a humpback whale was discovered in a jungle.