First female Royal Marine, 24, is forced to halt her training after breaking her leg on gruelling forced march

The first female Royal Marine has temporarily suspended her training following a punishing forced march that injured her leg.

Philippa Birch, 24, suffered a stress fracture after stumbling on the survival exercise in Dartmoor where she was hauling a 70lb backpack and SA80 assault rifle.

The ex-England rower, who grabbed headlines when she became the first woman to train for the military’s green beret, is now being treated by medics for an expected six-week rehabilitation period. 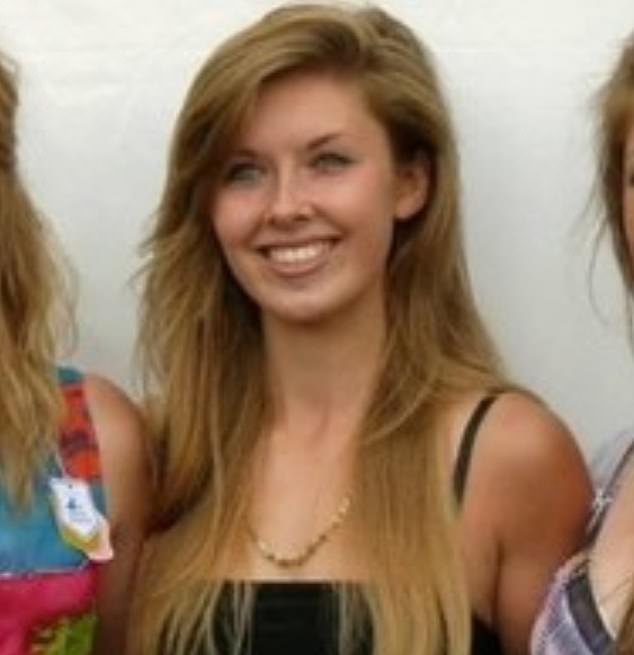 Philippa Birch, 24, suffered a stress fracture after stumbling on the survival exercise in Dartmoor where she was hauling a 70lb backpack and SA80 assault rifle

‘She is one of the team. She has been doing very well, putting 110 per cent into everything,’ a source told the Sunday Express.

‘Injuries are common and it is not the end of the world for her. Our medics can help her recover and there are instructors who will help her get her fitness back.’

After her stint in rehab, officers will decide if Ms Birch can continue with the remaining 22 weeks of the 32-week course at the Commando Training Centre Royal Marines (CTCRM) in Lympstone, Devon.

The Royal Marines’ 10th week of training consists of honing navigation and map-reading skills during a live survival exercise in Dartmoor, according to the Commandos’ website. 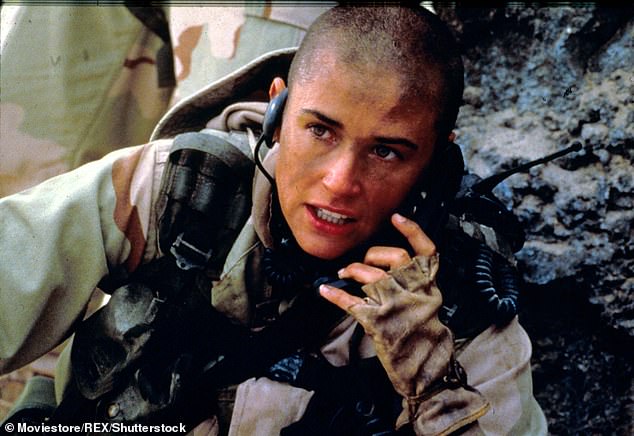 Last month, a source said that she had fitted in well and had earned the nickname GI Pippa in reference to actress Demi Moore (pictured) who also shaved her head in the film GI Jane

Injuries are not unusual and 50 per cent of all Royal Marine recruits get injured at some point during the arduous process.

When the science graduate became the first woman in the force’s 350-year history to embark on the selection, she shaved her head to blend in with her male colleagues.

Last month, a source said that she had fitted in well and had earned the nickname GI Pippa in reference to actress Demi Moore who shaved her head in the film GI Jane.

Ms Birch was allowed to apply to the Royal Marines as a result of a decision by the former Prime Minister David Cameron in 2016 to lift the ban on women serving in close combat regiments.

A second woman is currently undergoing the longer 16-month training course to become an officer in the Commandos.

A Royal Navy spokesperson said: ‘We do not comment on individual medical circumstances.