Five Afghan translators endure delay in being reunited with families 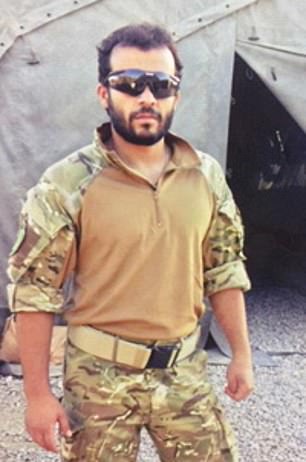 Hamid blamed an apparent breakdown in communication, with the Home Office failing to give any warning to the translators, the authorities in Glasgow or their dedicated case workers that the visas were about to be granted

Five interpreters are enduring a ‘heartbreaking and shameful’ delay in being reunited with their families after a Home Office blunder.

The former Afghan translators for UK forces were told two months ago that their families had been approved for visas to Britain.

But at the last minute they were told their wives and children could no longer travel from Afghanistan to Glasgow to join them because there was no suitable accommodation available.

The interpreters say their visas were blocked after case workers decided their homes were not big enough for a family, and offered no suitable accommodation instead.

The bungled policy has left five families devastated, with their hopes of being reunited being dashed yet again after nearly five years of waiting.

Only two of the interpreters – who risked their lives on the front line in Helmand province – were reunited with their families last month when the families flew into Glasgow airport.

The Daily Mail’s award-winning Betrayal of the Brave campaign revealed how interpreters allowed into the UK had been separated from family members.

This led to the Home Office changing its policy last year and allowing family members to join them even if they did not travel with them at the time. But the policy has taken 14 months to implement, with only two families coming to the UK so far.

Hamid, 30, one of the five to have their hopes dashed, said: ‘This has been a big blow and extremely disappointing for us and our families.

‘At one point we had the wonderful news that at last we would be together in the UK only for this to be followed by the news they would not now be coming. It makes us crazy and causes depression for both sides.’

Interpreters pay for their families’ flights to the UK, and the five had not yet booked the flights.

Hamid, who worked with UK troops in Helmand for 20 months, had planned to fly to Afghanistan to accompany his 26-year-old wife and daughter back to Glasgow.

Then he received a call ‘out the blue’ from his case worker saying the Home Office had approved the visas and asking what accommodation he was living in.

Like many translators relocated to the UK, Hamid had not been accompanied by his wife, which meant he was placed in shared accommodation.

‘I was told there was no suitable accommodation available and so my wife and daughter could not join me,’ he said.

‘There is no indication when this might change so the wait will go on. All the time we wait, the situation in Afghanistan becomes more dangerous.’

Hamid blamed an apparent breakdown in communication, with the Home Office failing to give any warning to the translators, the authorities in Glasgow or their dedicated case workers that the visas were about to be granted.

‘We received no email, no telephone call, no advance notice from the Home Office this was about to happen or we could have planned for it and prepared a home,’ he said. 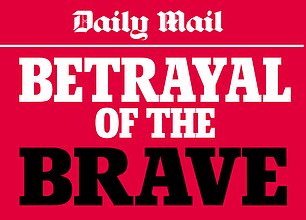 Hamid, who works as a taxi driver, came to the UK in 2015 and could not see his wife for the first three years before being able to visit her in Afghanistan.

Campaigners described the decision as ‘heartbreaking and shameful’, claiming the authorities had more than a year to ensure suitable accommodation was available.

Simon Diggins, a former British Army colonel who campaigns on behalf of Afghan translators, said: ‘After the positive, and long-overdue, news that seven of our former Afghan interpreters, resident in UK, would at last be united with their families, it is the cruellest disappointment to hear that five families cannot travel because there is no accommodation here for them; this feels like insult piled on injury.

‘Are there really no spare military married quarters close to where the family are to settle, even on a temporary basis?’

A Government spokesman said: ‘We can confirm that those who have been cleared for relocation and are waiting to travel will be brought to the UK as soon as suitable accommodation and support arrangements have been made for them.’