Why is no-one here to help? Angry flood victims who were left to fend for themselves demand to know why Boris Johnson hasn’t paid them a morale-boosting visit

Angry householders and business owners in flood-hit parts of the country last night demanded to know: where is our help and where is the Prime Minister?

As residents braced themselves for record levels of flooding today, they complained that they had been left to fend for themselves.

It came as the Environment Agency issued two severe flood warnings – meaning there is a risk to life – for the River Severn at Shrewsbury and Ironbridge in Shropshire. A further 109 flood warnings were in place across England last night. 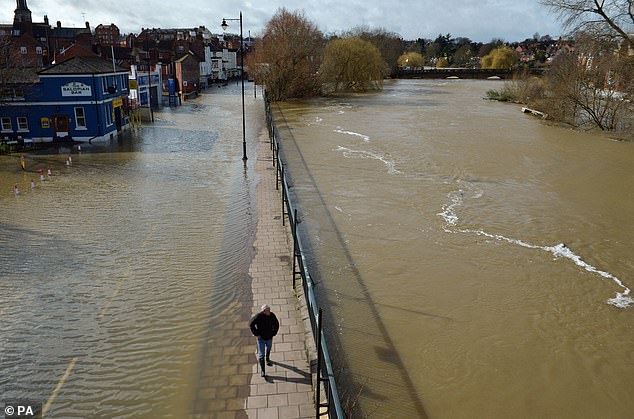 Angry householders and business owners in flood-hit parts of the country last night demanded to know: where is our help and where is the Prime Minister? (Pictured: the River Severn in Shrewsbury)

Large parts of Shrewsbury were already underwater, with most access roads closed after more than 400 tonnes of water per second rushed down the river. But the situation is expected to get worse, with the river due to peak today amid further heavy rain.

Meanwhile, heavy snow in the North caused chaos on the roads and led to the closure of schools yesterday, with 2in falling in parts of Yorkshire and the North East before turning to rain that led to localised flooding.

The Environment Agency said heavy rain in the Welsh mountains was expected to continue over the next 48 hours, causing problems further down the River Severn.

It predicted a prolonged peak at Welshbridge in Shrewsbury of up to 5.5m (18ft) this evening, which would be higher than in 2000 when floods devastated the town. 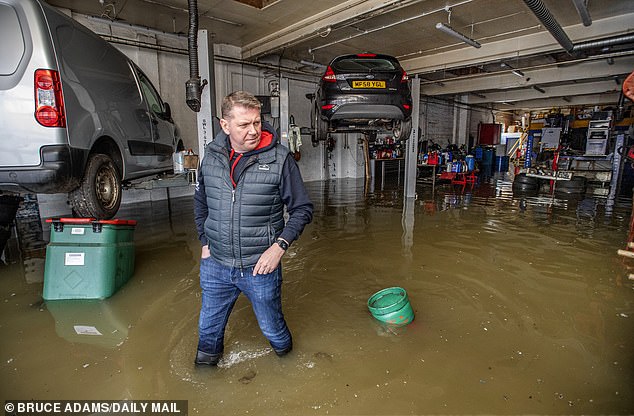 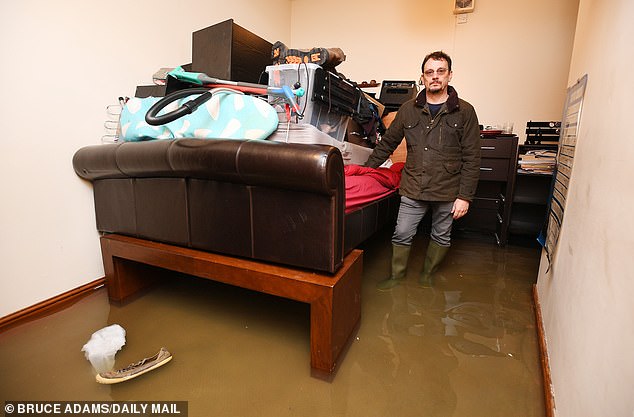 David Pickle, from Shrewbury, was flooded out of his two bedroom flat after the River Severn burst its banks

In Ironbridge, the Severn could go over the top of flood defences this morning, the local council warned.

Telford and Wrekin Council and West Mercia Police urged residents directly affected to get out of their homes and take up the council’s offer of accommodation.

Business owners in Shrewsbury criticised the local council and Environment Agency over a lack of help and information. Mike Evans, of Evans Carpets, said he had been told that the council had run out of sandbags.

‘We’ve had nothing – no help or assistance whatsoever. We haven’t seen anyone from the council or the Environment Agency,’ he said. 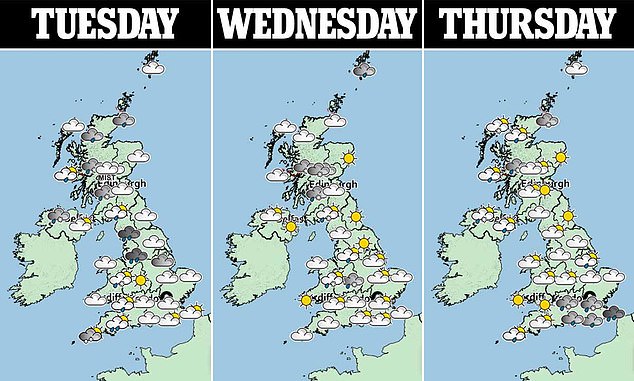 The Environment Agency said heavy rain in the Welsh mountains was expected to continue over the next 48 hours, causing problems further down the River Severn

Mark Davies, 59, who runs Darwin’s Townhouse B&B in Shrewsbury, said he had suffered thousands of pounds of damage and had been unable to obtain insurance.

Asked about the Prime Minister’s absence in the crisis, he said: ‘Boris Johnson should make some sort of nod to acknowledge all the devastation.’

No 10 yesterday defended Mr Johnson’s absence from flooded areas, saying it was important not to ‘distract’ attention from the relief effort, and that Environment Secretary George Eustice was ‘rightly’ leading the Government’s response.

But David Bickle, 57, whose ground-floor flat in Shrewsbury was under a foot of water last night, criticised the Prime Minister’s excuses, saying: ‘What relief effort? There is no one helping us for him to disturb.’ 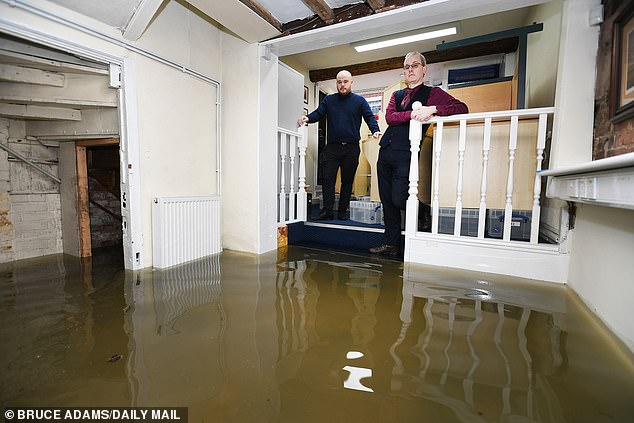 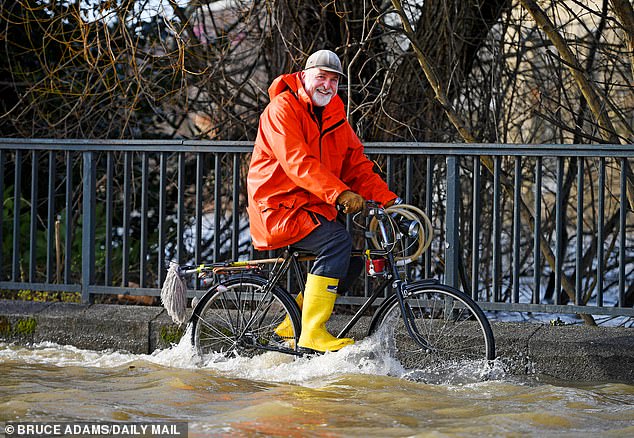 Sir James Bevan, head of the Environment Agency, will warn in a speech today that houses should not be built on flood plains unless there is ‘no real alternative’ (Pictured: A cyclist in Shrewsbury)

Shropshire Council insisted last night that it has not run out of sandbags. A spokesman said: ‘Any residents or businesses requiring sandbags are asked to contact the council and we will supply them.’

Sir James Bevan, head of the Environment Agency, will warn in a speech today that houses should not be built on flood plains unless there is ‘no real alternative’. But he will add that with the risk of flooding increasing, communities also need to be ‘more resilient’. 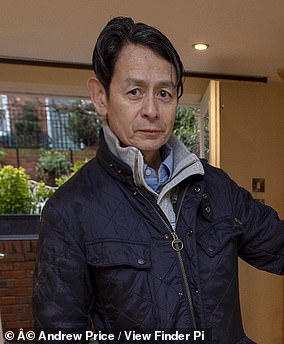 A B&B owner has spoken of his devastation over losing around £40,000 in damages and loss of takings after his business was flooded twice in a week.

In a bitter blow, Mark Davies, who runs Darwin’s Townhouse B&B in Shrewsbury, Shropshire, had been told he could no longer get insurance flood cover just 12 days before the River Severn burst its banks last Tuesday.

Mr Davies, 59, said his broker had spoken to several insurance providers before the floods hit – but not a single one was willing to insure his business against flood damage. He said it would be months before his B&B is fully operational again following further flooding yesterday.

‘It’s been a double whammy,’ he said. ‘No one is touching this any more. It’s a crying shame really when you think of some of the businesses around here and the losses that could kill them.’

The entire basement of his guesthouse has been flooded, wrecking stores of linen and food, while ten of the 20 rooms at his B&B have been put out of action. 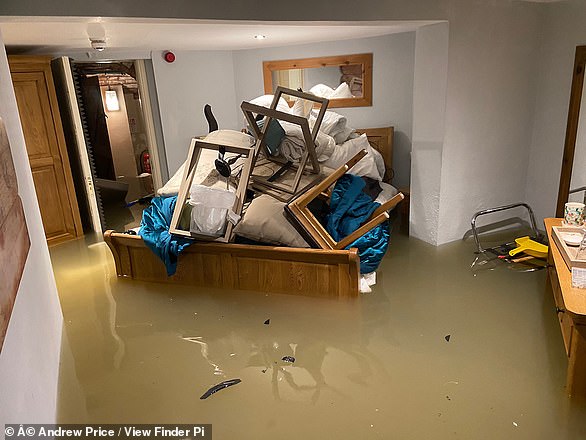 When asked what his message to the Prime Minister would be, he said: ‘Come down and say hello.

‘I would throw down that gauntlet. What are you going to do? I have had to pay a phenomenal amount in tax and rates and yet I’m seeing very little in return.

‘My personal feeling on Boris Johnson is he should make some sort of nod to acknowledge all the devastation across the country that he is responsible for,’ he said.

END_OF_DOCUMENT_TOKEN_TO_BE_REPLACED

Finneas and his girlfriend Claudia Sulewski have launched their own podcast, aiming to keep themselves busy and also entertain their fans amid the coronavirus outbreak, which has shut down almost all outside ventures. The 22-year-old singer and the YouTube star moved into a new home recently and they have aptly titled their series “We Bought a House.” There will be

12 TV Shows To Watch On Hulu For Date Nights