Home » France and Germany are mixing their vaccines. Should Australia do the same?

France and Germany are mixing their vaccines. Should Australia do the same?

Australian experts say there is no evidence mixing COVID-19 inoculations is safe and effective, as France and Germany race ahead with plans to give people two different vaccines.

The two countries announced that young people who had received their first dose would get a second dose of a different vaccine, after a rare clotting syndrome was linked to AstraZeneca’s vaccine earlier this month. 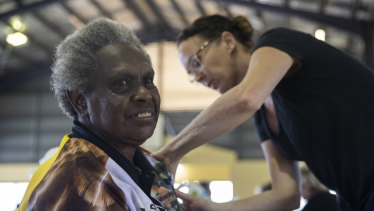 But so far, cases of the rare syndrome have been seen only in people having their first dose.

In Australia, everyone who has received a dose of AstraZeneca – including people under 50 – should have a second dose of the same vaccine, the Australian Technical Advisory Group on Immunisation recommends.

Australian immunisation experts said mixing and matching vaccines is generally expected to be safe and may even offer improved immunity, but there have been no results of clinical trials of mixing coronavirus vaccines to show it is safe and effective.

“There is no reason to think it’s not going to work, and it might even work better – who knows,” said Professor Dale Godfrey, theme leader of immunology at the Doherty Institute.

Science and health explained and analysed with a rigorous focus on the evidence. Examine is a weekly newsletter by science reporter Liam Mannix. Sign up to receive it every Tuesday.

“Mixing the platforms does not contain any obvious, inherent risk,” he said. “But the main concern is it is not very well tested.”

Those trials are now under way in Russia and Britain, but are yet to report results.

“I have not seen any study that has done a mixed schedule. Not even in animal models,” said James Triccas, a professor of medical microbiology at the University of Sydney.

“You don’t want to be testing these things on the fly. You do want to have some evidence behind it before you start rolling it out to people.”

All current COVID-19 vaccines are designed to deliver exactly the same thing: a partial or complete copy of the spike protein SARS-CoV-2 uses to infect our cells. Our immune systems then recognise that spike and develop antibodies.

You can think of the different COVID-19 vaccines as vehicles delivering cargo, says Dr Kylie Quinn, an RMIT vaccine designer. The vehicles may be different, but the cargo is exactly the same.

Because the cargo – in this case the spike protein – is identical, the vaccines should theoretically work well together. 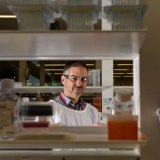 The best example we have is Russia’s two-dose Sputnik V vaccine. Each dose uses a slightly different viral vector to deliver the spike.

Data published in The Lancet suggest it is 91.6 per cent efficacious against symptomatic COVID-19 – although there have been questions over “unseemly haste, corner cutting, and an absence of transparency”.

In these trials, along with other animal and clinical trials of mixing vaccines, “no safety signal has come through,” said Dr Quinn. “There are no red flags.”

Beyond whether different vaccines can work together, scientists are intrigued to find out whether they might actually produce an immune response greater than the sum of their parts.

“These combinations can be quite potent – we use them in the lab to build up really high levels of immunity,” Dr Quinn said.

Some vaccines may be better at stimulating antibodies, while others may work better on T cells – the still-mysterious hunter-killer cells some scientists now believe may be important in dealing with emerging COVID-19 variants. Combine them, and you could have a much more powerful vaccine.

We may soon not have a choice. AstraZeneca’s vaccine relies on a modified chimpanzee virus to insert the spike protein into human cells.

That means our immune systems generate immunity both to the spike protein and the chimpanzee virus – potentially limiting our ability to offer annual AstraZeneca boosters.

“It is quite possible people will end up getting different types of vaccines as subsequent boosters over the months to years that follow,” Professor Godfrey said.

and, Are, France, Germany, mixing
Celebrities