France grants citizenship to 12,000 foreigners as a reward for working on the front line during Covid pandemic

France has granted citizenship to more than 12,000 foreign-born health workers to thank them for their services during the Covid crisis, the government said Thursday.

These essential workers include security guards, checkout assistants and other frontline workers.

Marlene Schiappa, junior interior minister in charge of citizenship, said over 16,000 people had applied for a French passport over the past year under a special scheme. 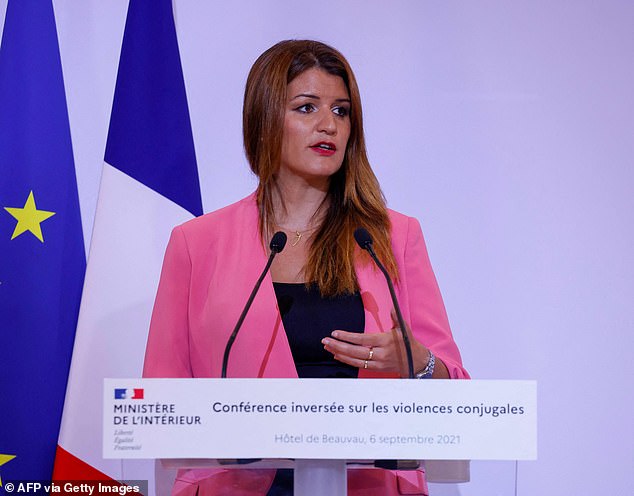 Over 12,000 foreign-born front line workers were granted French citizenship after a special scheme allowed them to apply after two years, instead of five. Pictured: Marlene Schiappa

The scheme sped up the application procces for workers in essential services, allowing them to apply for citizenship after just two years in France, instead of the usual five.

Among the other categories of employees eligible for the scheme are garbage collectors, home-care providers and nannies.

‘These frontline workers were there for the nation. It is normal that the nation makes a gesture in their favour,’ Schiappa said in a statement. 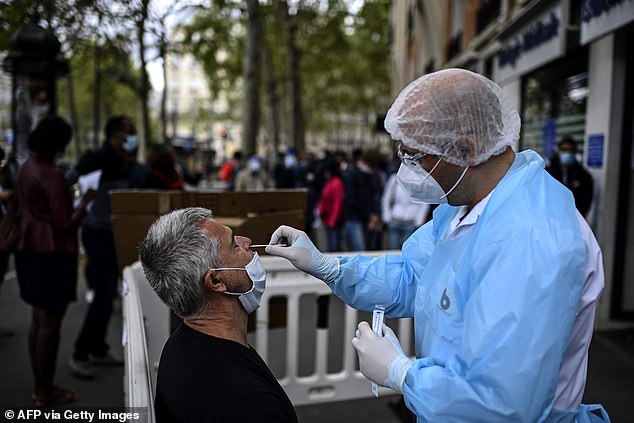 The gesture was made to thank them for serving the nation during Covid-19, the governmernt said on Thursday. Pictured: A man has a PCR test in Paris in August

Several of them were invited to Place Beauvau in Paris, where the Ministry’s offices are situated, at the start of the school year.

Like most of Europe, France imposed a strict lockdown in early 2020 and introduced milder confinement and mask-wearing measures during subsequent months to contain the virus.

Hospitalizations and infections have been subsiding in recent weeks after the government stepped up vaccination measures, with more than 62 per cent of the population now fully vaccinated.