France is experiencing “Saharan bubble weather”, with at least 50 schools being closed as residents are warned to stay indoors. Three people have died on beaches as a result of the heat, according to local reports. Sky News presenter Kay Burley said: “France bracing itself for some blisteringly hot weather with temperatures expected to reach 45C across the country later this week.

“Local reports say that three people have already died on beaches as a result of the so-called Saharan bubble weather.

“At least 50 schools have been closed and nearly the entire country is on orange alert, the second highest warning.”

Zaka Serge, co-ordinator at Infoclimat Team, told Sky News: “In France it is the first time we have experienced this kind of weather.

“In the south of France we are going to reach 45C and it is the first time the French experience this kind of weather.

“So people are quite anxious about this weather, and people go to the beach, to the river, but it is the first time that we experience this kind of weather.” 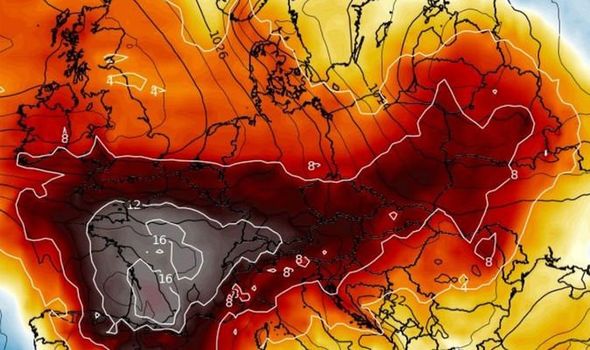 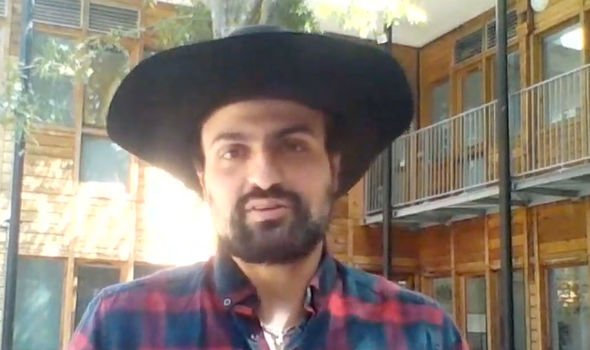 On how people should protect themselves from the heat, he advised: “Météo-France say on the TV that it is going to reach 45C, and we have a lot of meetings this afternoon to know what we’re going to do to protect the population from the heat.

“People have to know that it is possible in France to change the schedule of work, we can arrive earlier or later, we can go back home in the middle of the afternoon when it is very hot. We have to stay in a place with AC, like the cinema, like commercial centres, it is better to stay in a place where there is AC.”

The south of France is forecast temperatures up to 45C, breaking the current all-time record of 44.1C.

BBC weather presenter Susan Powell explained: “The forecast is all about the heat for Europe in the next few days, potentially record-breaking heat across parts of western Europe as we tap into air all the way from northern Africa. 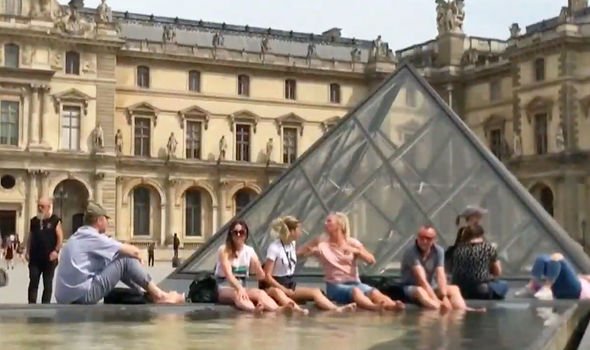 “Getting pulled up ahead an area of low pressure which will get stalled out in the Atlantic. High pressure starts to build, we lose the rain and we tap into that southerly airflow carrying the warm air as far north as the UK.

“And for the south of France we could well see figures in the mid-40s, which will break all time records.

“Some sunshine for Turkey, still some showers though across perhaps northern Greece affecting Romania.

Glastonbury 2019 weather: Revellers arrive as festival set to be hottest EVER [VIDEO]

“The odd one showing up across the Alps too. But take a closer look at our temperatures as they push close to 40C in Bordeaux, the mid-30s for Paris.”

The Met Office also warned of soaring temperatures sweeping across Britain from the continent towards the end of this week.

Met Office Chief Meteorologist Dan Suri said: “It’s going to get hot and humid for some from Wednesday, with the highest temperatures expected across southern and western parts of the UK.

“Not everywhere will see the high temperatures, however, as an easterly breeze will keep North Sea coasts much cooler.

“By the time we get to Saturday, however, North Sea coasts will join much of the rest of eastern UK in seeing temperatures of 27C to 32C.”