Home » World News » France records highest number of Covid cases with 90,000 testing positive in a day as country is gripped by second wave

France records highest number of Covid cases with 90,000 testing positive in a day as country is gripped by second wave

FRANCE has recorded its highest ever number of Covid-19 cases as 90,000 tested positive for the virus in a single day.

The country is gripped by a second wave of the virus as the figure of 86,852 cases reported on November 7 was a record high for the third consecutive day. 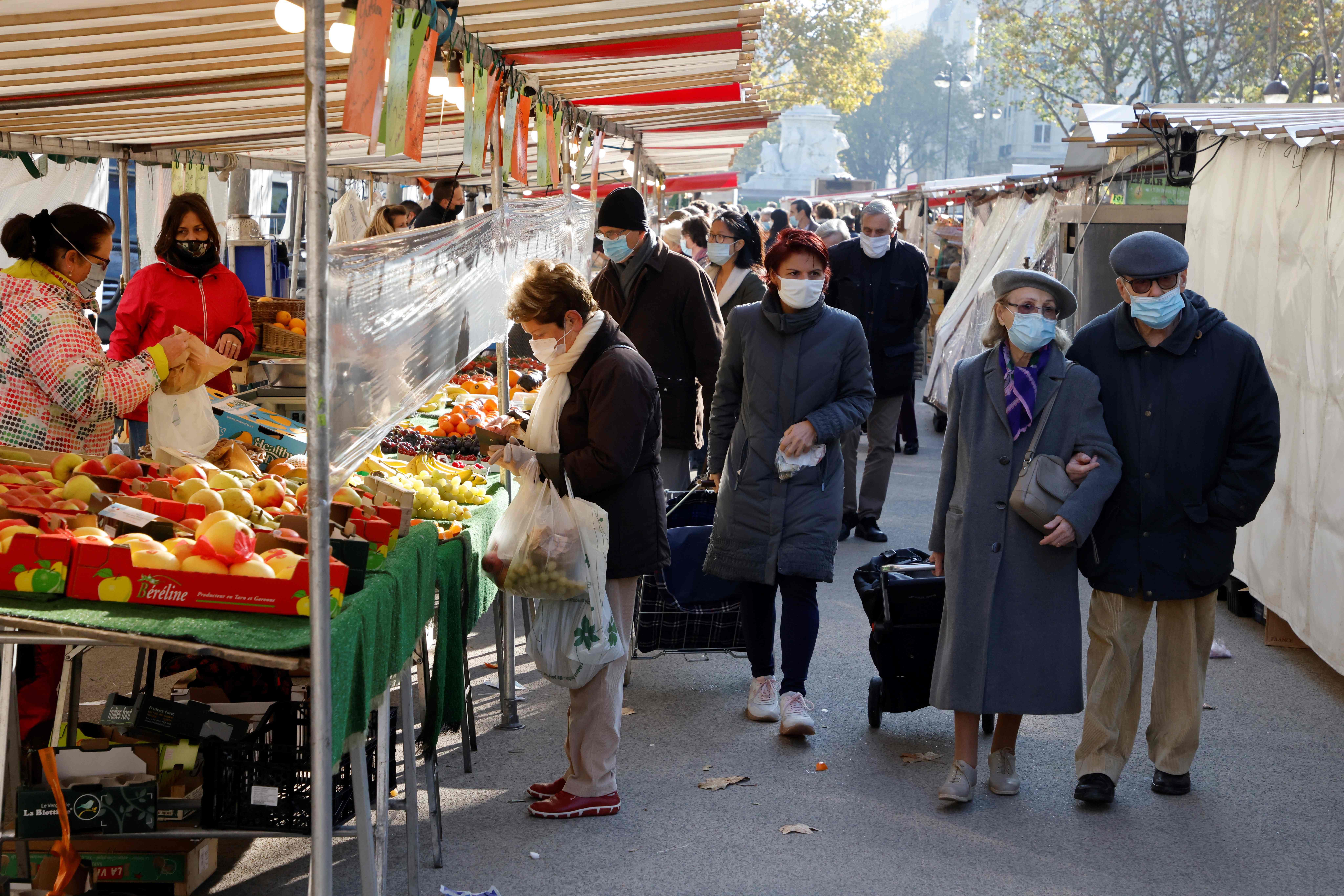 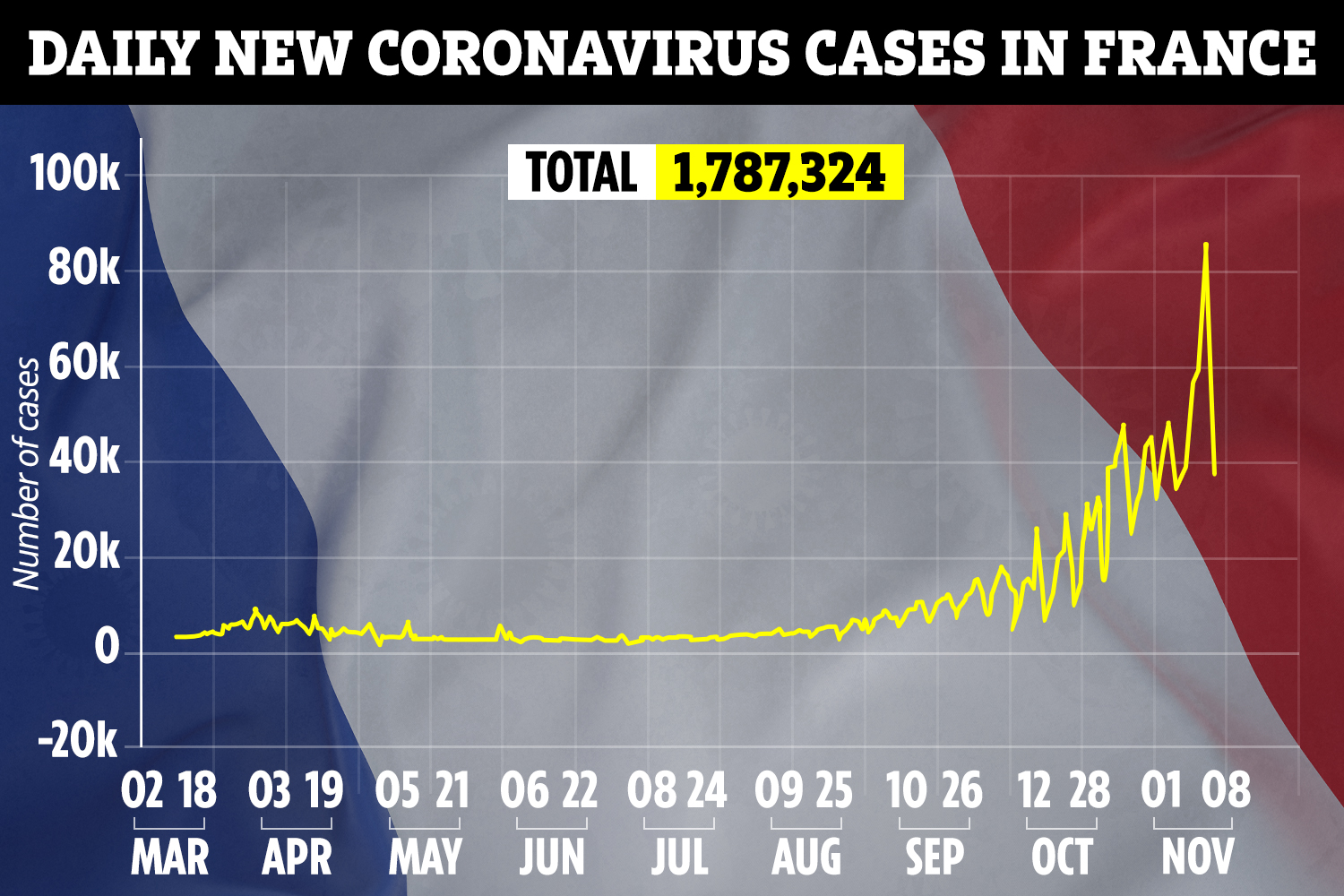 Over 1.7million people in France have tested positive for the virus since the start of the pandemic – the fourth highest figure globally.

The country has reported over 40,000 deaths, with some 27,600 people are currently being treated in hospital, Sky News reports.

After visiting an intensive care ward in the city of Saint-Étienne, prime minister Jean Castex warned that the second wave has arrived here "brutally and violently".

The country is experiencing a surge in the number of patients in intensive care.

Of the 20,009 people who were admitted to hospital in the past week, around 3,000 were in intensive care units.

COVID-19 patients are currently accounting for approximately 85 per cent of hospitals' ICU capacity.

Deaths are increasing too as on November 3, the country recorded a daily death toll of 854.

But, this remains considerably below the peak of the pandemic as in mid-April, 1,437 deaths were reported in a 24-hour period. 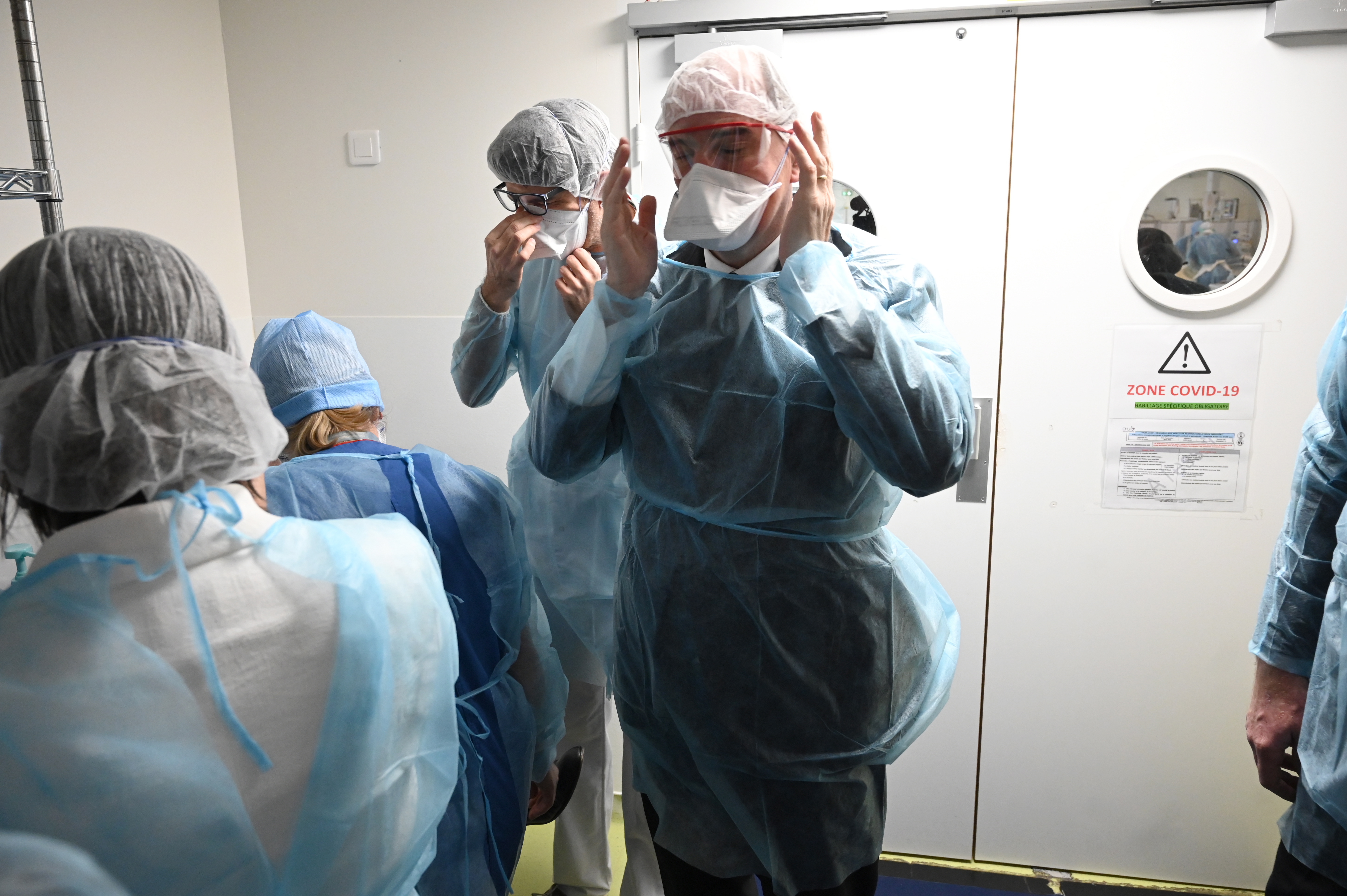 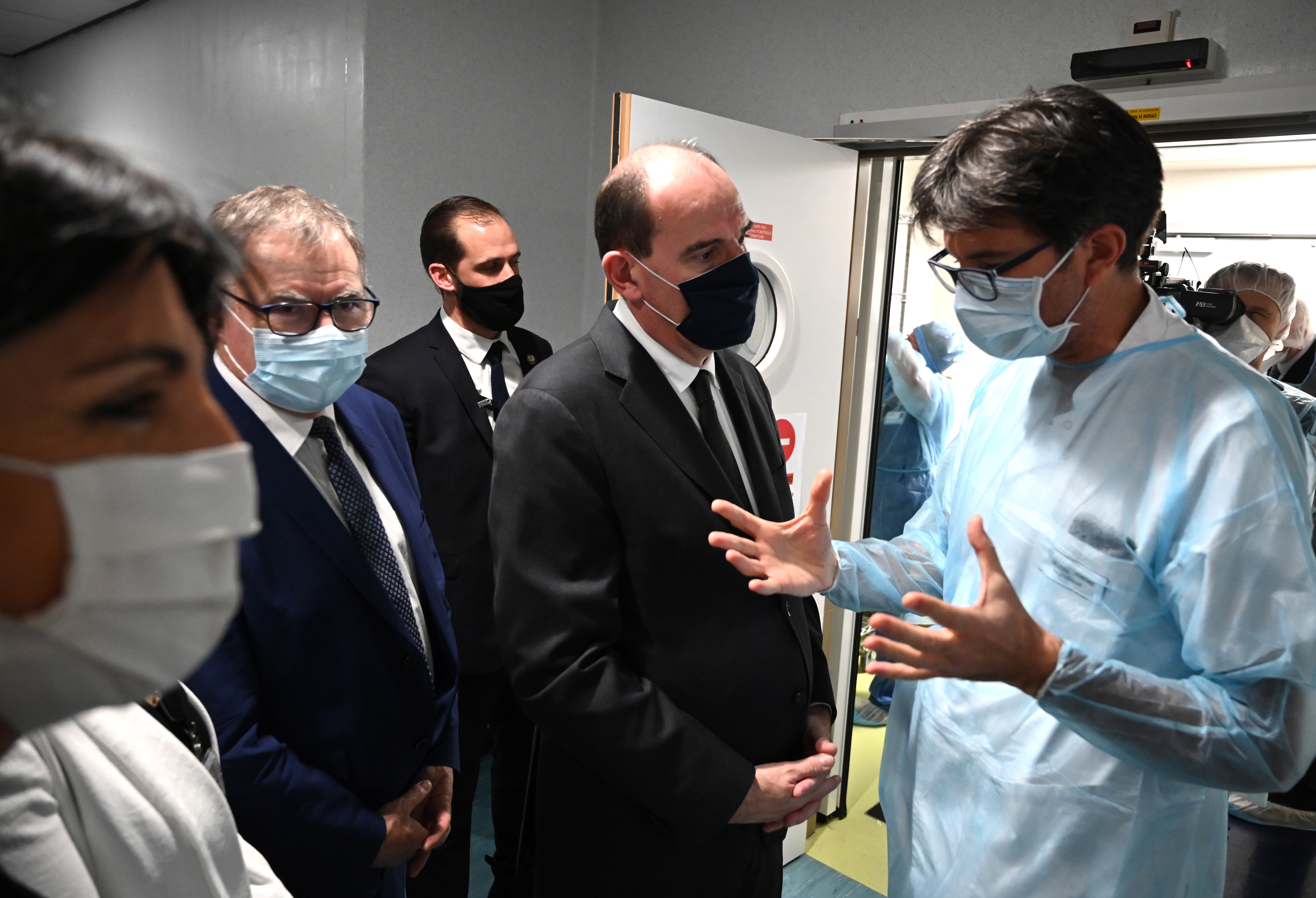 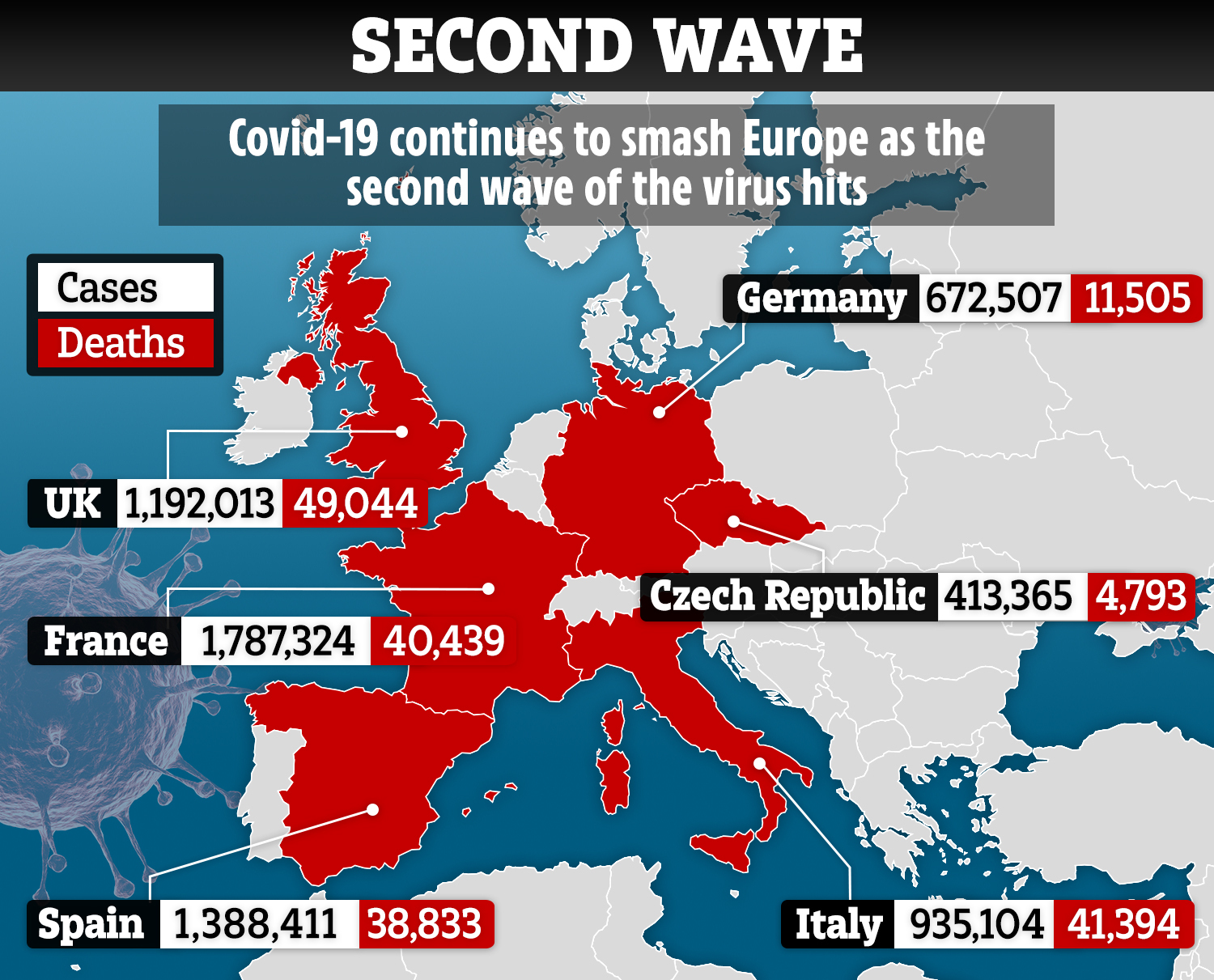 France is currently under a month-long nationwide lockdown.

Stricter measures have been in place since October 30 and will remain in place for five weeks.

The lockdown restrictions will be reviewed every two weeks and are due to end on December 1.

Restaurants, bars and non-essential businesses have been forced to close and people are banned from travelling between regions.

Residents can only leave home for essential work, exercise, to go food shopping or for medical reasons, but schools and workplaces will remain open.

Movement is restricted to one kilometre from people's homes.

People must use official passes to leave their homes, as they had to when March's lockdown was imposed, Mr Macron said when he addressed the French people last month.

President Macron warned: "The virus is circulating in France at a speed that even the most pessimistic forecasts had not anticipated.

"We are all overwhelmed by a second wave which we know will arguably be tougher and more deadly than the first."

Unlike the first lockdown, care homes in the country are allowed to remain open.

He said: "If we do not put a brutal brake on contamination today, our hospitals will quickly become overwhelmed.

"We will never let hundreds of thousands of our fellow citizens die. These are not our values."

Countries across Europe are struggling to curb the spread of coronavirus.

Germany entered a four-week strict national lockdown last week in the hope that it would "save Christmas" for millions of families.

Over 22,000 cases were reported in the country on November 6.

The ministry also reported 425 Covid-19 related deaths, down from 446 the day before.

A total of 41,063 people have now died because of Covid-19 in Italy, which has registered some 902,490 coronavirus infections since the start of its outbreak.

Filippo Anelli, the president of the Italian order of doctors, wrote on Facebook on Tuesday: “Our worry is that this second wave won’t be a coastal storm, but a tsunami that could overwhelm the national health system.

In an attempt to curb the spread, the Italian government has divided the country into three zones depending on the severity of the outbreak.

Many shops have been shut in the highest-risk zone such as Milan's Lombardy region where people can only leave their homes for work and health reasons.

Even lockdown free Sweden has introduced tighter restrictions after the Nordic country saw cases double within a two week period.

A "Rule of Eight" now applies to diners in cafes and restaurants and a work from order has been introduced in the regions of Halland, Örebo and Jönköping .

On November 4, 4,497 Covid-19 cases were reported within a 24 hour period in Sweden – the country's highest figure since the start of the pandemic. 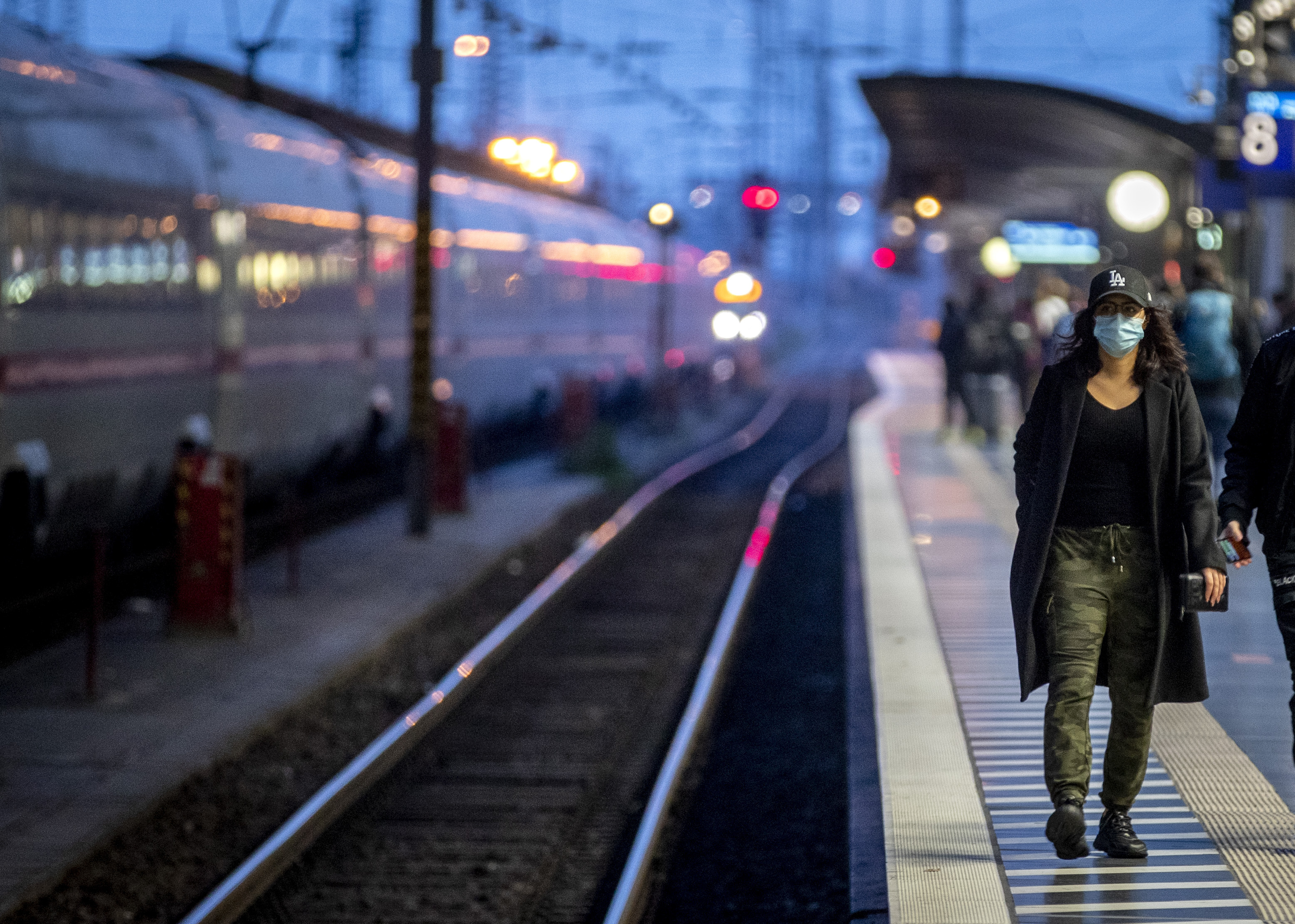 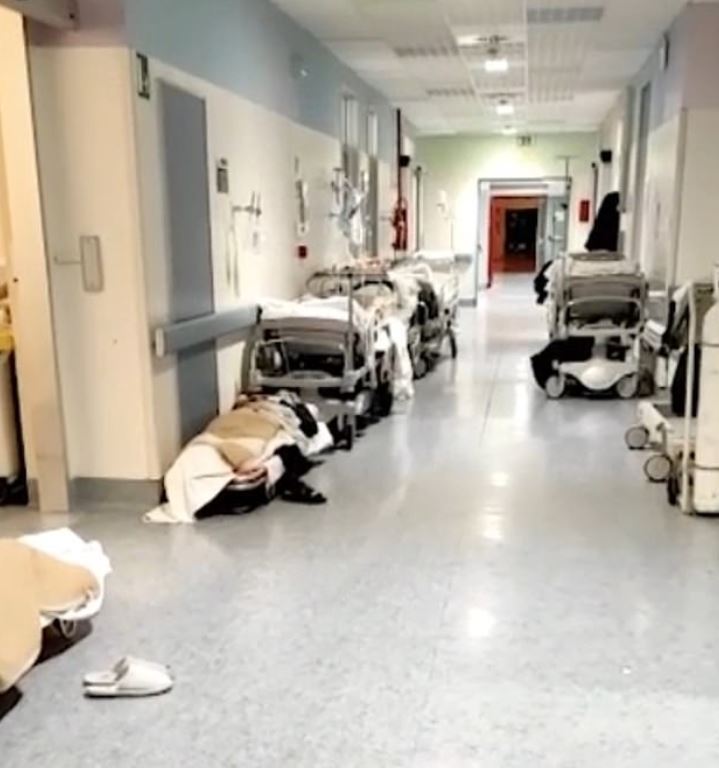 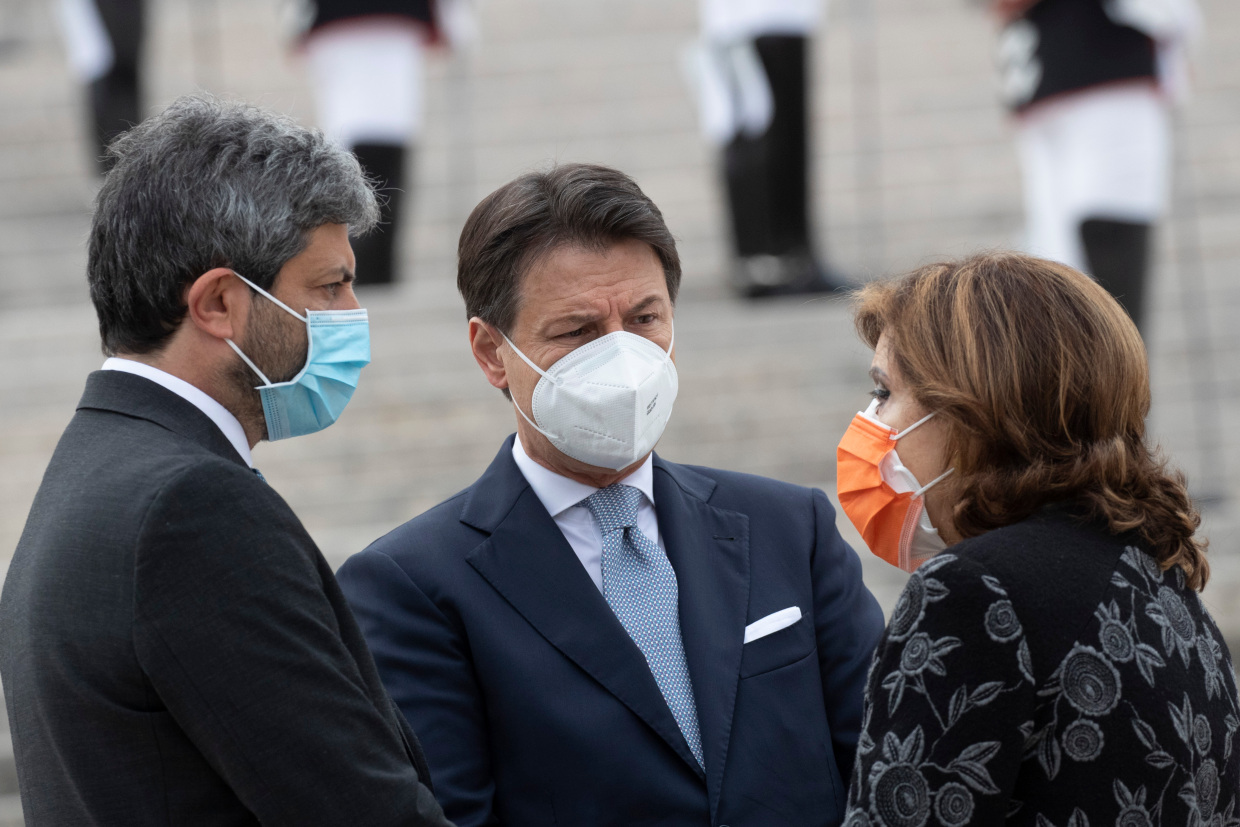