A Redfield & Wilton Strategies survey found that just 16 percent of the French public said they would vote for the La République En Marche leader. Meanwhile the far-right National Rally leader enjoyed the backing of 18 percent of the population, it found.

And 8 percent say they would vote for Xavier Bertrand, a right-wing independent candidate, it found.

A further 24 percent of voters backed minority candidates including France’s Green Party and its socialist party.

The remaining 21 percent of voters were undecided, the survey found. 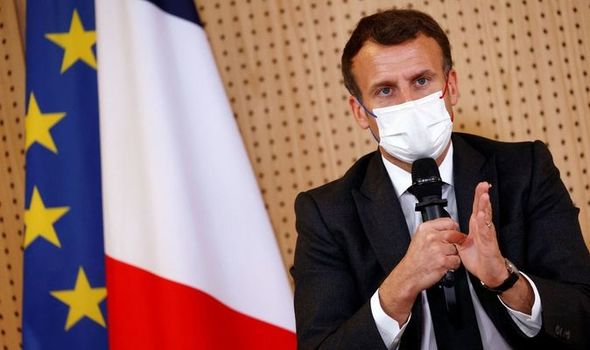 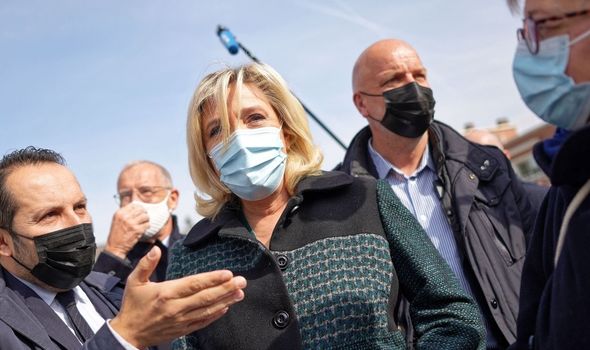 More worrying for Mr Macron – 20 percent of undecided voters said they backed him in the 2017 election.

If he fails to regain their support he could lose the presidency – ushering in a new era of French politics.

And many French citizens think the once-fringe far-right National Rally leader could become the republic’s next president.

More than a quarter (26 percent) think Ms Le Pen will reign victorious – marginally outpointing Mr Macron who was on 24 percent. 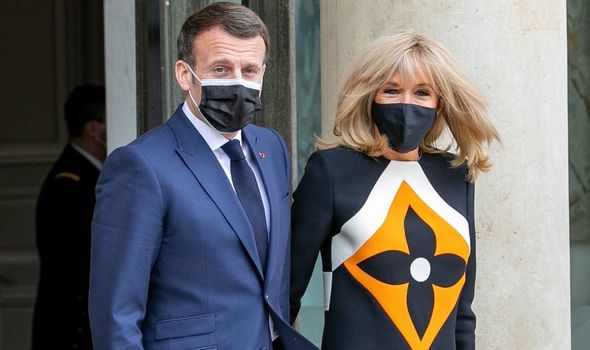 Exactly a quarter were unsure, the poll found.

Under France’s electoral system, if no single candidate gains a majority of the vote in the first round, a second poll between the top two candidates is held two weeks later.

It predicts a carbon-copy of the 2017 poll – when Mr Macron and Ms Le Pen went head-to-head, with the former investment banker coming out on top.

Despite being a repeat on paper, Mr Macron’s catastrophic handling of the coronavirus pandemic, vaccine rollout and failed attempts to reform French society could tip it in Ms Le Pen’s favour. 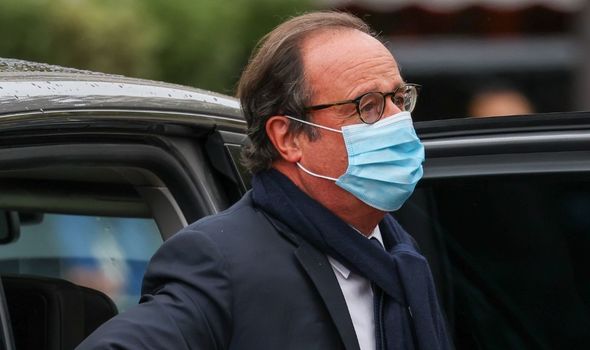 Even more worrying, 47 percent of people polled believed the French government was incompetent.

Just 14 percent approved of its actions while 32 percent of respondents didn’t take a view.

The president’s likeability is almost nosediving. 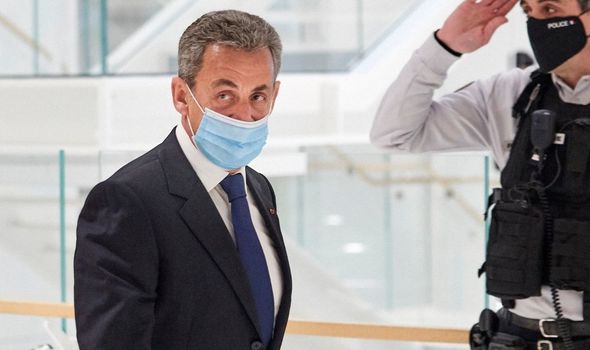 Almost half (48 percent) of the French public say Mr Macron is not a likeable figure, whereas 37 percent think he is likeable.

And a significant proportion of the French public are not personally aligned with President Macron’s europhile views.

Some better news emerges when he is compared with his most recent predecessors.

Respondents did not think he was any better or worse than François Hollande (44 percent) and Nicolas Sarkozy (43 percent).

However it is worth noting that both men were one-term presidents – booted out when they tried in vain to secure another five years.

The poll questioned 2,200 eligible Voters in France between April 14 and 15.