BRUSSELS (Reuters) – France’s Marine Le Pen unveiled a new far-right group in the European Parliament on Thursday, uniting eurosceptics from across the continent who aim to devolve power from Brussels back to capitals. 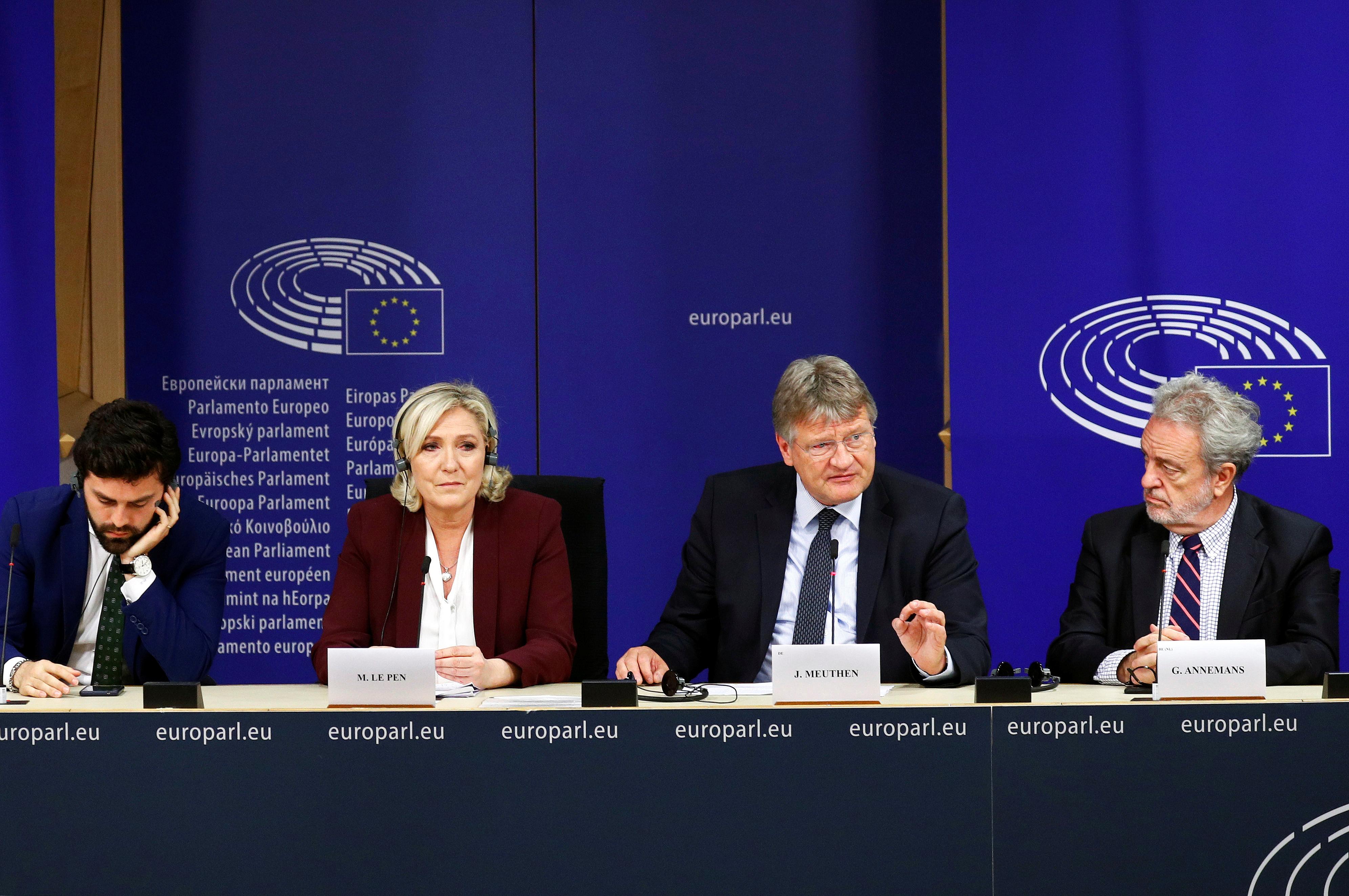 Calling itself the Identity and Democracy (ID) group, the new alliance brings together Le Pen’s National Rally, Italian Deputy Prime Minister Matteo Salvini’s League party and Germany’s Alternative for Germany (AfD) plus nationalists from Austria, Finland and Denmark, among others.

“We have changed the political chessboard of the European Union,” Le Pen said of ID, which will hold 73 of 751 seats and is the fifth-largest grouping in the newly elected Parliament, just behind the Greens.

It replaces the Europe of Nations and Freedom group, which held 36 seats in the last EU legislature.

While parties committed to strengthening the EU won two-thirds of seats in last month’s Europe-wide election, nationalist leaders hailed their strong gains as a vindication.

“We are still a minority but we are a larger minority than ever before,” Finns Party leader Jussi Halla-aho told reporters in Brussels.

The parties have bridged differences to unite around the broad goals of returning power to EU member states, curbing immigration and preventing the spread of Islam in Europe.

Joerg Meuthen, co-leader of AfD, summed up the alliance’s aims as: “No to more competencies to the EU, no to further harmonization, no to the undermining of the nation state.”

But different social and economic policies, including budgetary discipline, means they may struggle to put forward a coherent policy agenda.

With Britain’s Brexit party and other eurosceptic parties scattered across different political groups in the EU assembly, ID will also lack enough seats to block or hold up legislation.

Salvini’s foreign affairs advisor Marco Zanni, whose League party is one of the three biggest in the Parliament, said they were courting other parties like Spain’s Vox to join.

“The message to all of those parties who have a radically different view of Europe, if we can work together … that would benefit all of us,” Zanni said.