Konta was seeking to become the first British woman to reach the Roland-Garros final since Sue Barker, who won the title in 1976.

Konta got off to an excellent start, winning the first 10 points of the match. But she let a golden chance to win the opening set slip away when she failed to convert on three set points at 5-3. 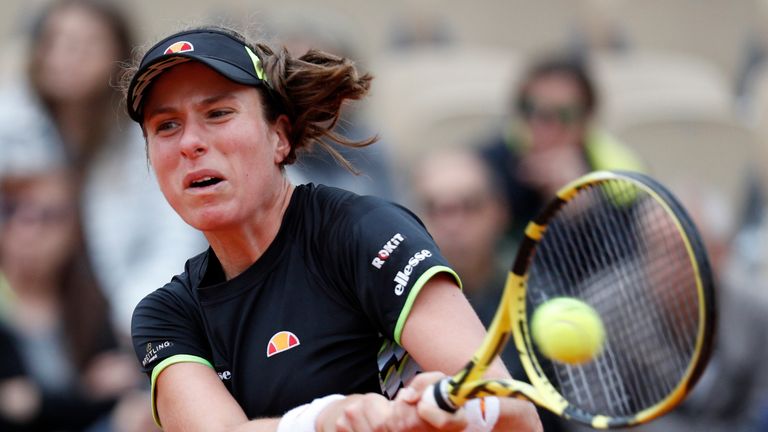 Playing in a front of a disappointingly sparse crowd on Court Simonne Mathieu, the British No 1 took the lead in the second set, but failed to serve it out and was forced to a tie-break.

Vondrousova, a 19-year-old-left hander, will face either Ashleigh Barty or Amanda Anisimova in the final.

Konta became the first British woman since Jo Durie in 1983 to make it through to the last four in Paris.

It was her third Grand Slam semi-final after defeats at the Australian Open in 2016 and Wimbledon two years ago.