Home » World News » From cops on beaches in Australia to going lockdown-free in Sweden, how nations around the world dealt with Covid

From cops on beaches in Australia to going lockdown-free in Sweden, how nations around the world dealt with Covid

POLICE helicopters were this week deployed to order sunbathers on beaches to go home as Australia struggles to contain Covid’s surging Delta variant.

Almost a third of the country’s 25million residents are now under the strictest instructions to stay at home in a bid to halt its spread. 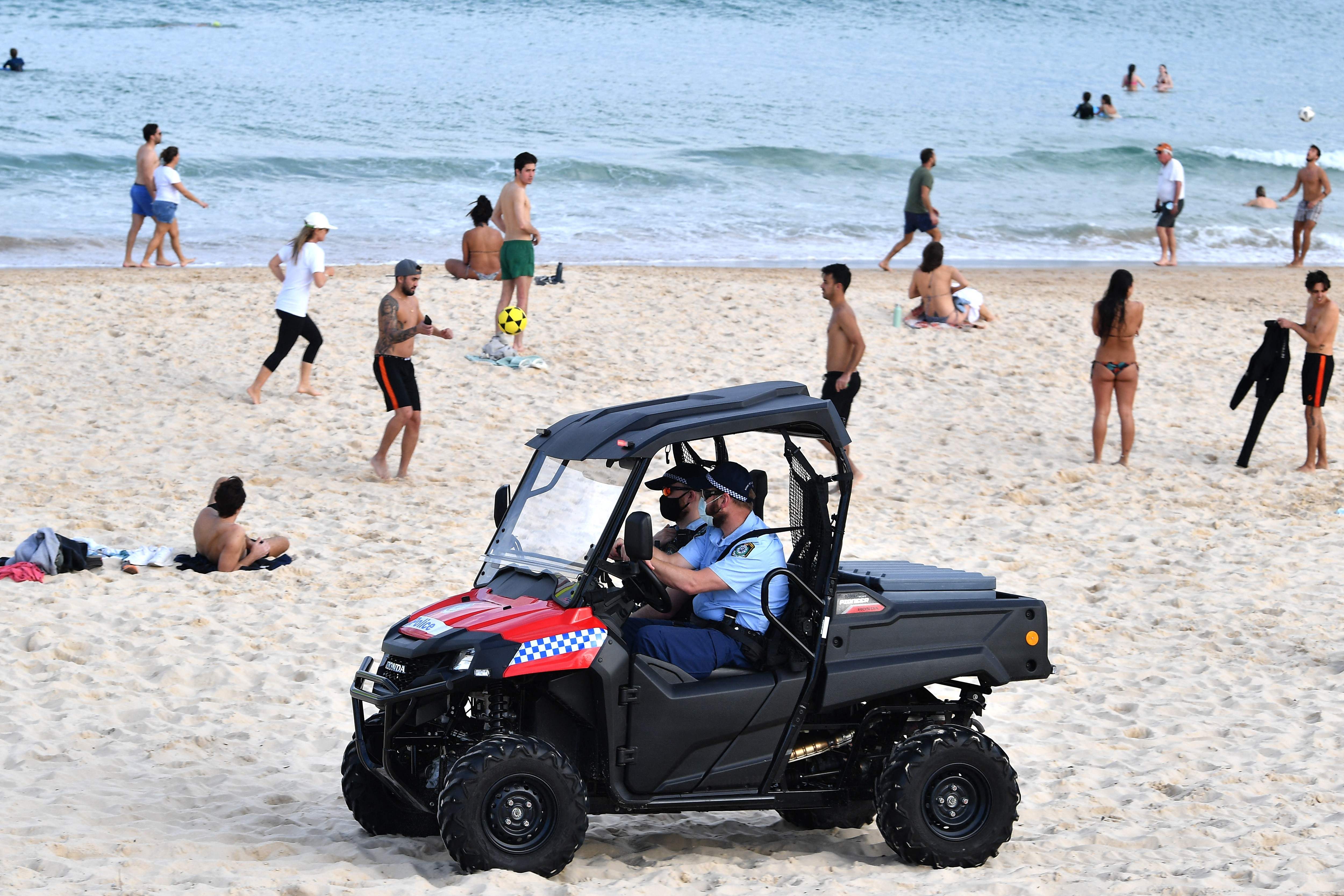 A nation whose policy of closing its borders to the world was once held up as a paragon of good practice as the pandemic took hold, Australia is now facing a desperate race to vaccinate its citizens — with only a fifth fully jabbed.

It has suffered a low number of deaths. But the current struggles Down Under have been seized upon as proof that the “zero Covid” strategy advocated by some scientists and politicians does not work in the long term.

Meanwhile, countries such as Sweden — which has never entered full lockdown restrictions — is now close to having zero Covid deaths and officials there believe the worst is behind them.

Here, we look at the tactics used by different governments globally — and how they stand in August 2021:

Deaths per one million population: 1,907

WHAT DID IT DO? Late to lock down and didn’t initially ban or quarantine incoming travellers. Scientists were initially sceptical freedom-loving Brits would obey strict rules we’ve come to accept.

NOW: Lockdown scepticism now a minority belief. In June, a survey found 71 per cent of English adults supported a four-week delay in lifting lockdown. Vaccine rollout has been a world-leading success.

Deaths per one million population: 1,713

WHAT DID IT DO? Tough lockdown with a ban on all public gatherings, enforced by 100,000 police. President Emmanuel Macron said the country was effectively “at war”.

NOW: Macron’s false allegations on the effectiveness of Astra- Zeneca may have sown doubt in some minds. Proof of vaccination or immunity is now required to eat indoors at restaurants, or visit museums and sports stadiums.

Deaths per one million population: 1,716

WHAT DID IT DO? Praised for its speed and discipline tackling the initial outbreak. Schools and universities were closed before any fatalities were recorded.

NOW: A curfew and restrictions on the opening hours of restaurants and shops have been lifted this month after a recent surge in infections was brought under control.

Deaths per one million population: 1,753

WHAT DID IT DO? Its lockdown measures included banning any outdoor movement except to buy food and ­medicine and all non- essential workers were ordered to stay at home.

NOW: The impressive take-up of the vaccine across the country — which has been superior to that in Italy and France — has seen the impact of the coronavirus significantly easing. 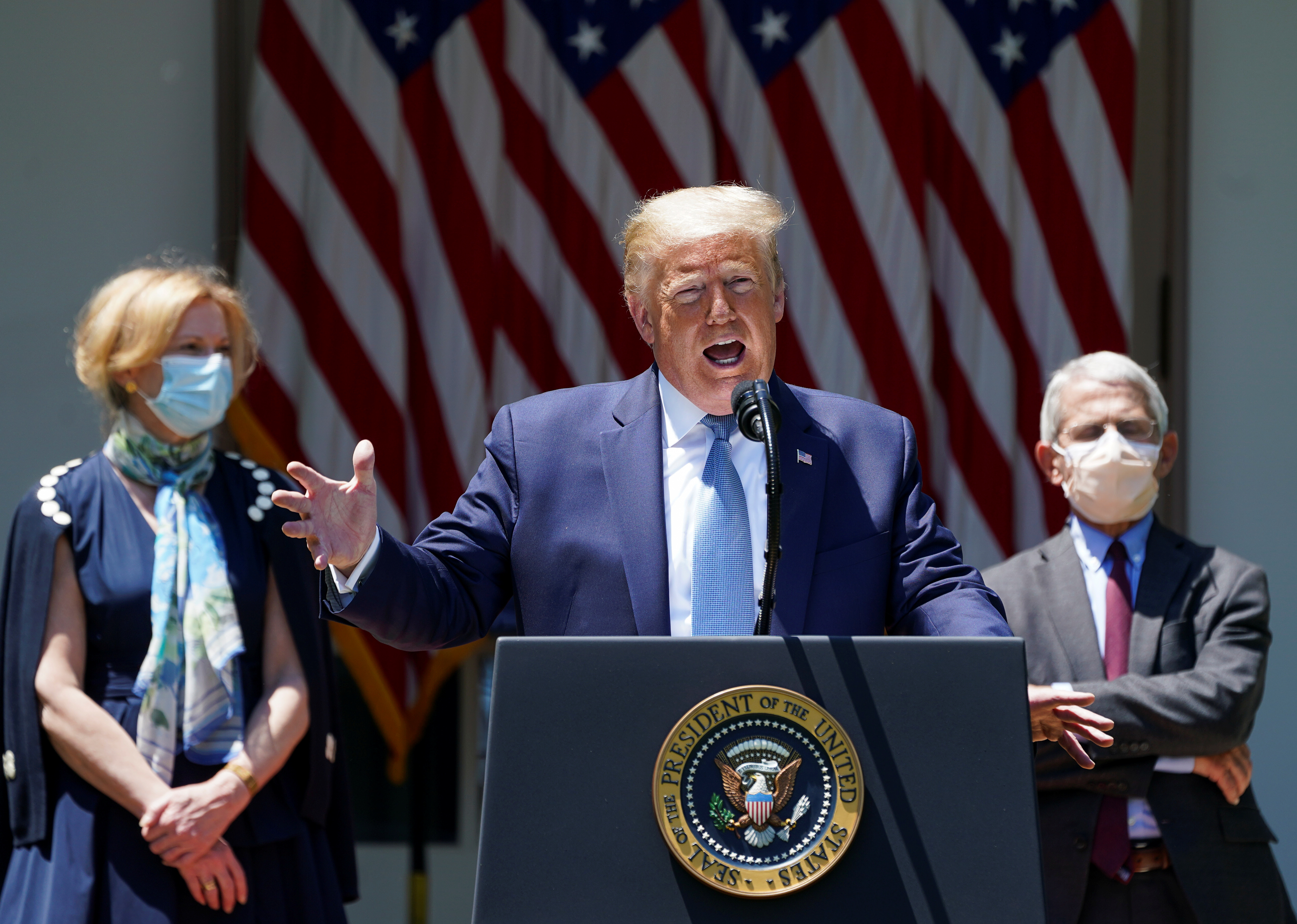 Deaths per one million population: 1,897

WHAT DID IT DO?  Then-President Donald Trump downplayed the true danger in the early days and sidelined experts. State lockdowns in the first stages of the pandemic included stay-at-home orders, the ­banning of large gatherings and mandatory use of masks.

NOW: The US suffered 614,000 deaths – the most of any country. There is still high levels of vaccine hesitancy in parts of the country.

Deaths per one million population: 2,618

WHAT DID IT DO? President Jair Bolsonaro dismissed Covid as a “little flu” and suggested the jab could turn you into a “crocodile”.  He also defied social distancing guidelines before catching coronavirus himself.

NOW: A leading epidemiologist said in June Brazil could have saved 400,000 lives if it had applied stricter social distancing rules and launched a vaccination ­programme earlier.

Deaths per one million population: 1,438

Percent of population fully vaccinated: 41.I7%

WHAT DID IT DO? Avoided full lockdown, instead relying on voluntary measures in a bid for herd immunity.

NOW: Approaching close to zero daily Covid deaths. While its death rate is much higher than its Nordic neighbours, it has fewer relative fatalities than many large European nations. Like the UK, it faces a reckoning over care home deaths during the initial outbreak.

Deaths per one million population: 2,124

WHAT DID IT DO? Imposed a strict lockdown including at schools and building sites after it became the first ­European nation to be hard hit by the virus.

NOW: Death rate worse than other large European nations. Higher full-vaccine rates than France or Germany. Proof of vaccination or immunity required for eating at restaurants and entry to pools, theatres, museums and cinemas.

Deaths per one million population: 1,256

WHAT DID IT DO? Acted speedily in cancelling large gatherings in February last year after the country’s third coronavirus case. Strict fines were levied on those who broke lockdown rules.

NOW: Extra police deployed to holiday island hotspots after a worrying spread of the Delta variant. Its government said Mykonos and Ios were “one step” away from further restrictions being imposed.

Deaths per one million population: 121

WHAT DID IT DO? “Cluster-buster” contact tracers damped down outbreaks with pinpoint testing. Social distancing in crowded spaces. Mask use already widespread due to previous airborne pandemics.

NOW: Covid cases have spiked during the Olympics in Tokyo.

Emergency measures include an alcohol ban at restaurants and karaoke bars and shortened opening hours. 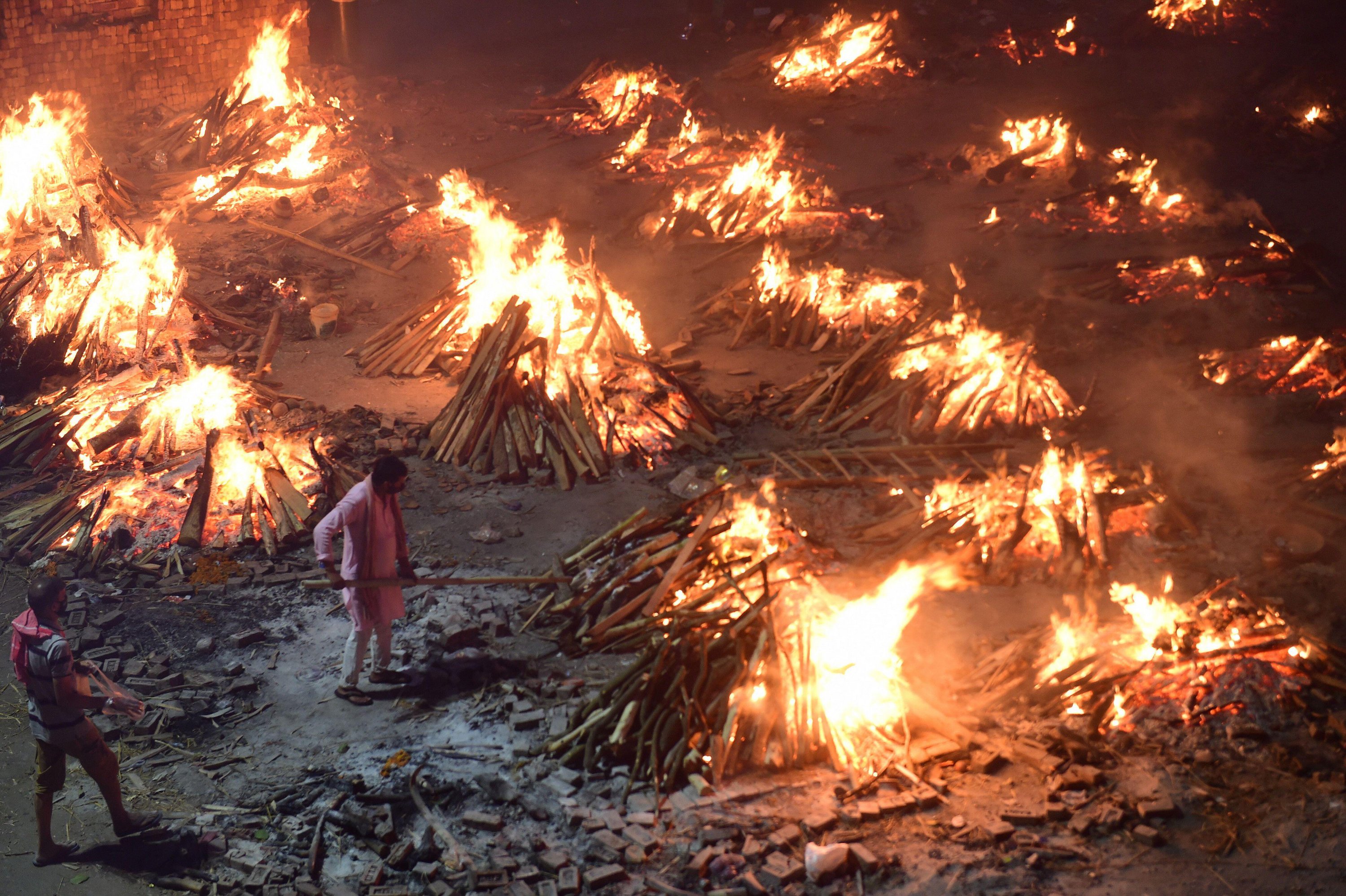 Deaths per one million population: 306

WHAT DID IT DO?  Declared a premature victory against Covid — letting its guard down before it was hit with a devastating second wave this spring.

NOW: Despite supplying up to 70 per cent of the world’s vaccines, it has been poor at inoculating its own huge population. The Delta variant, which originated in India,  is now on the wane — but a low jab uptake leaves it susceptible.

Deaths per one million population: 36

WHAT DID IT DO?  Closed international borders and introduced hotel quarantining for returning Aussies. There were also a few brief lockdowns in ­certain states. 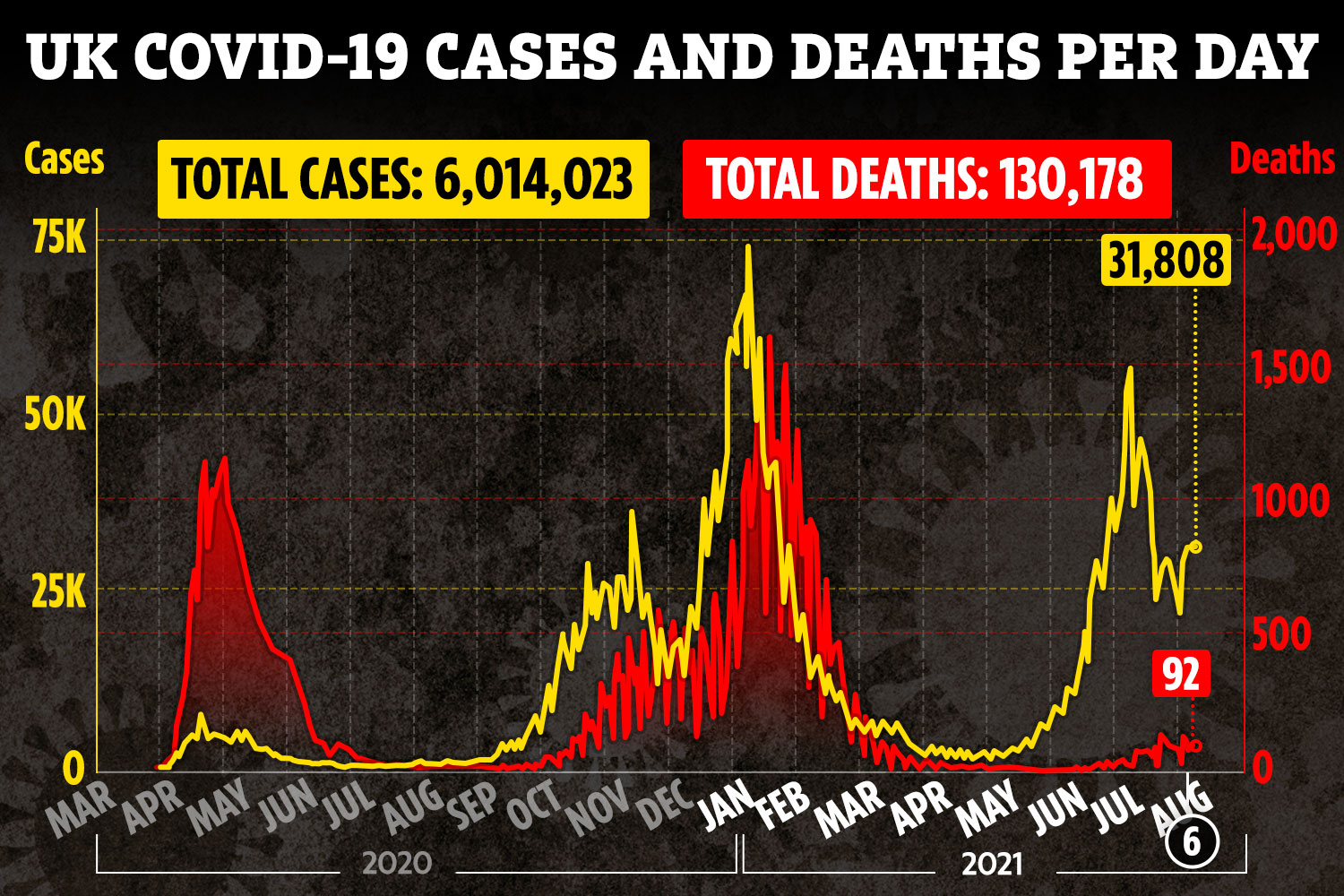 Austra, BEACHES, Cops, From, In, On
Celebrities