Funeralgoers jokingly get 'stay in touch' card with Ouija board pic

Grandma’s last laugh! Texas grandma goes viral after ‘legendary’ last act of having cards featuring a mini Ouija board with the message ‘stay in touch’ distributed at her FUNERAL

A Texas woman got the last laugh on her loved ones when she handed out a hilarious card telling funeral attendees to ‘stay in touch’ featuring a picture of a Ouija board.

Jo Marie Perryman passed away on Wednesday, October 12, according to an obituary from Andrews County News.

Nevertheless, Jo Marie did not let death seize her sense of humor.

At her October 18 funeral, the grandmother arranged to have cards given to attendees that would remind them that she’s not all that far away.

The card handed out features a photo of the grandmother throwing up what appears to be her two middle fingers and sticking out her tongue.

Along with the photo, a message states ‘let’s keep in touch,’ placed just above where a small Ouija board decal is pasted. 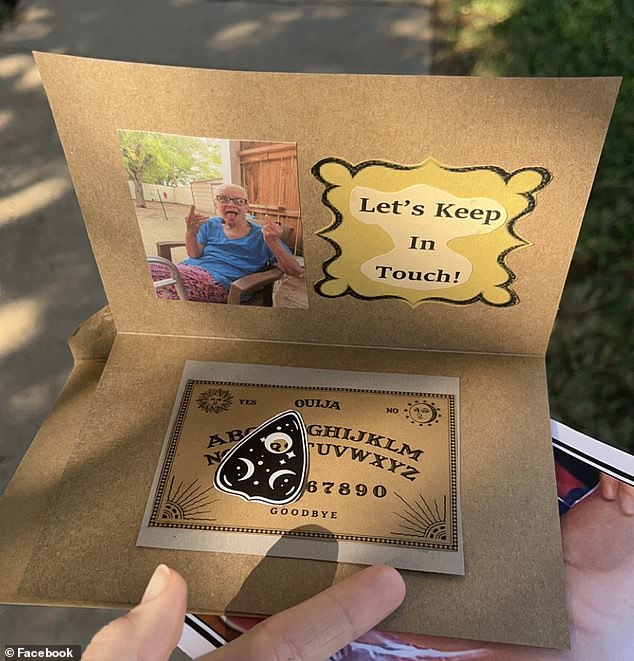 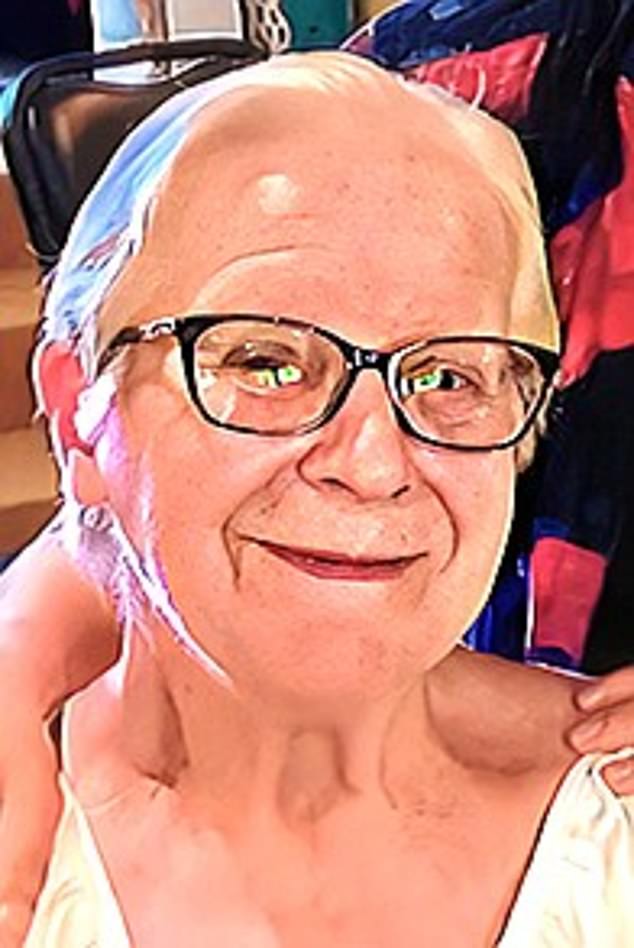 The woman, often referred to by friends and family as ‘Jodie’ was known for her sense of humor and compassion towards those she loved

Gracie Perryman, Jo’s granddaughter, posted the now-viral picture of the card to Twitter earlier this week, sharing her grandma’s hilarious idea with the world.

‘Received this at my grandmas funeral. What an icon,’ the granddaughter said.

The tweet itself blew up on the social media app, receiving 659,000 likes in the first 72 hours since it had been posted.

More than 65,000 people have also retweeted the card, with an additional 5,000 quote tweeting it.

Jo Marie’s hilarious idea quickly branded her ‘a legend’ on the social media app, with thousands of strangers applauding her sense of humor.

‘I am so sorry for your loss. However, this is the stuff of LEGENDS! And now, you have it to look at whenever you feel down,’ one person responded.

‘This is amazing… I am going to do this when I die in honor of your badass grandma! May she rest in peace,’ said another.

It also led many to share their own loved ones’ hope and humor in times of darkness.

‘The last time I got to talk to my best friend, before ovarian cancer took her, I asked her to send me a postcard from her next adventure. I get little signs every once and awhile. It’s a nice thing so this just make the messaging easier. Brilliant,’ one Twitter user wrote.

Another woman shared a picture of her own father’s funeral card, placed underneath a pair of costume glasses that included a fake mustache.

‘Received these at my dads, she wrote.

Jo’ Marie’s niece, Litina Griffin, posted to Facebook Tuesday, taking credit for the cards, saying that she couldn’t let aunt down on such a momentous day.

‘When Aunt Jodie Perryman asks for this in her final days, I couldn’t disappoint,’ Griffin wrote in a post.

‘Everyone at the funeral got one of these in an envelope marked ‘from Jodie,” the woman said.

In her Facebook update, she also shared a screenshot of a post made by Jo, who often went by Jodie, which said that everyone at her funeral should receive an Ouija board with the message.

‘I miss her already,’ Griffin wrote. ‘And apparently now she is famous.’

DailyMail.com reached out to the relative but did not receive a response by the time of publication. 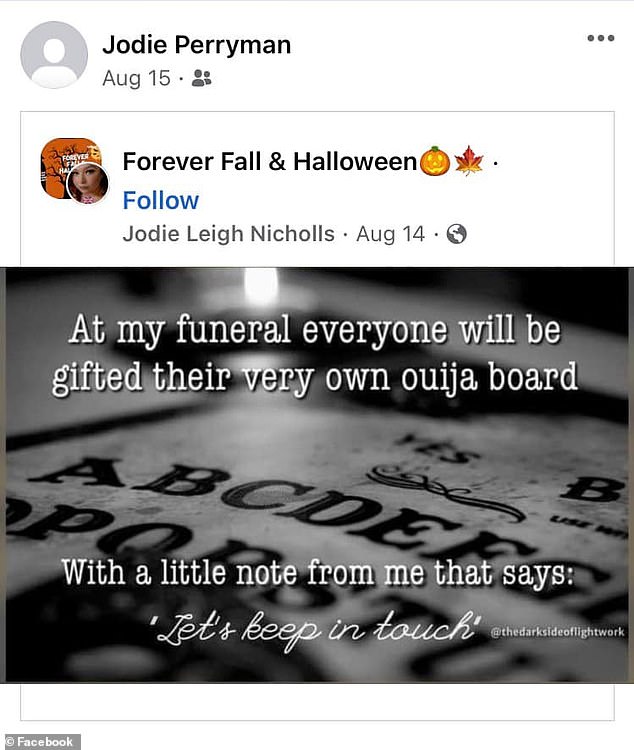 Jo Marie’s own obituary even mentioned her joking nature, too.

‘She had a quick wit and a clever sense of humor which kept everyone who knew her on their toes. lt was rare to win a battle of wits with her,’ Jo Marie’s obit said.

Aside from her clear sense of humor, she was also noted for pouring love into everything she did.

On top of being an avid reader of Stephen King and Dean Koontz novels, the Texas woman also loved crafting, sewing, and making holiday decorations with her loved ones.

Jo Marie loved to cook and was known for her chicken enchiladas, burritos, fried chicken, and Christmas candies.

She also ‘gave her kids a run for their money’ when playing video games, a hobby of hers. 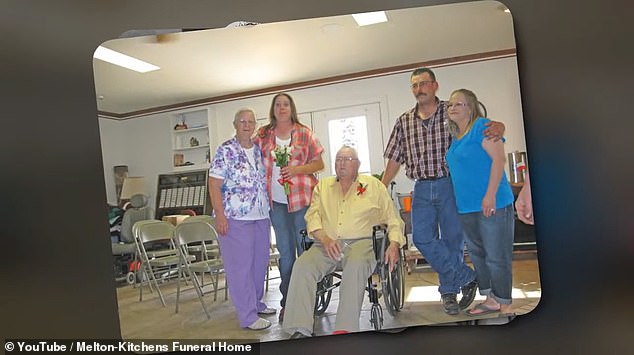 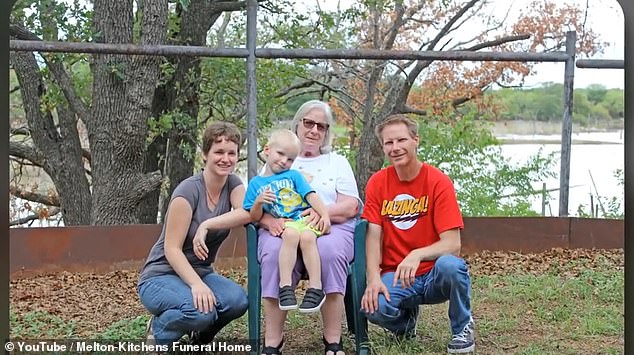 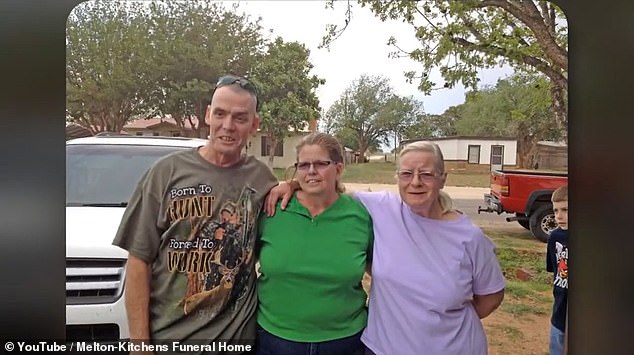 Aside from her everlasting sense of humor, Jo Marie was known for her home-cooked meals, including her special burritos and enchiladas 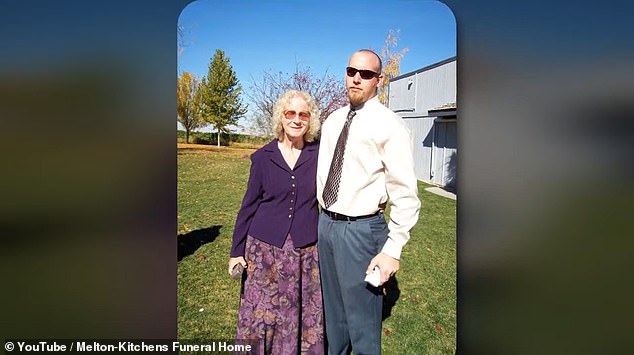 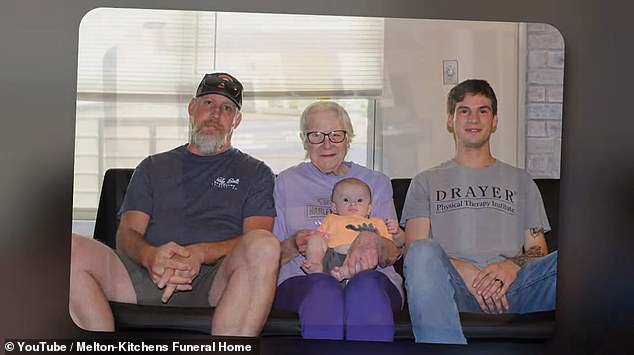 Jo Marie was an avid reader, according to her loved ones. She was always known for having a Stephen King novel or Dean Koontz book nearby

Above all, those she loved say they will remember the best parts about her and who she was.

‘She was always easy to talk to, and her heart of gold made her home a place anyone could feel comfortable in,’ the obit read. ‘She will be remembered as a strong, loving, compassionate, and understanding woman.;

During a livestreamed funeral for the mother and grandmother, words were shared about her incredible life and the 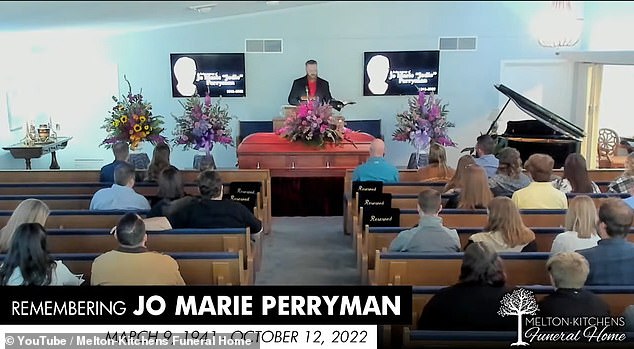 Family livestreamed Jo Marie’s funeral for anyone who may have been unable to attend. The service featured words about the woman’s sense of humor and love for her family

The woman of humor also made one final request to anyone who may want to send flowers or funeral donations.

‘Memorial donations in Jodie’s name can be made to St. Jude Children’s Research Hospital,’ her obituary read.