Further education students in England will face fresh disruption in September after staff at 15 colleges voted to strike in a dispute over pay.

Employees of three London colleges that are part of Capital City College Group also voted to strike over working conditions and compulsory redundancies alongside pay.

The University and College Union (UCU) said an overwhelming 89 per cent of its members backed strike action, on an average turnout of more than 62 per cent.

The union said its members are angry at a 1 per cent pay offer, adding that the pay gap between college and school teachers stands at £9,000 as staff working in further education have suffered real-terms pay cuts of more than 30 per cent in the past decade.

UCU is calling for an increase of at least 5 per cent in an effort to close the school-college pay gap, adding that employers have until September to meet its demands or they will face strike action. 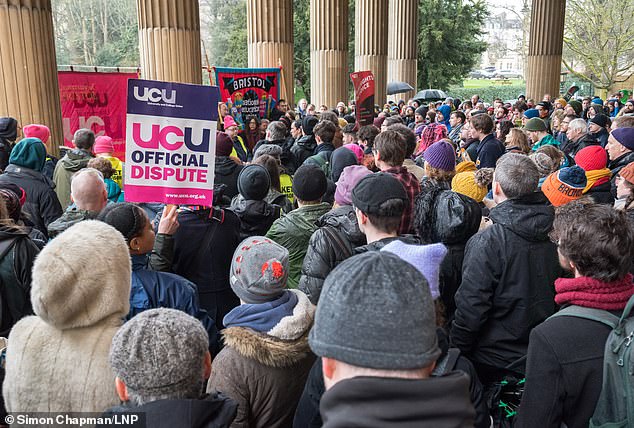 General secretary Jo Grady said: ‘This ballot result is an emphatic message from college staff to principals that they will not sit back while their pay is held down.

‘Thanks to UCU’s campaigning, colleges received an injection of government funding, but they have failed to work with us to prioritise pay.

‘Instead, employers have recommended a derisory 1 per cent pay rise, which is a real-terms pay cut.

‘College leaders urgently need to come to the negotiating table or they will face severe disruption in the autumn.’

Schools and further education institutions have faced significant disruption amid the Covid pandemic, with most students studying from home for the majority of 2020. 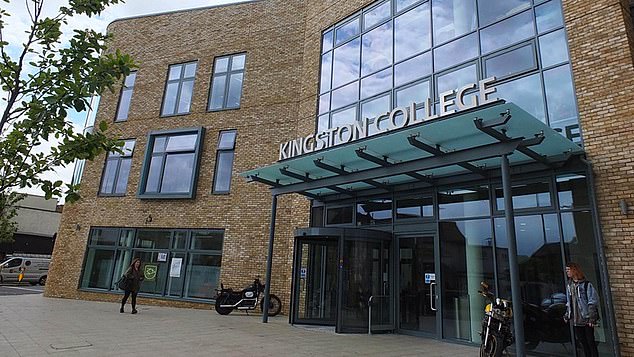 The University and College Union (UCU) said an overwhelming 89 per cent of its members backed strike action, on an average turnout of more than 62 per cent. Pictured: Kingston College

Education began to gradually reopen from March, with classrooms expected to return to near-normal from the new academic year in September.

Earlier this year, Britain’s biggest teaching union was urged to show its ‘collective strength’ by threatening to strike over schools reopening in March.

The hardline activist had instead demanded a gradual reopening of schools – and only when case rates drop dramatically.

He called on the NEU, which has more than 450,000 members, to back his calls for industrial action if these conditions are not met.