Fury as Yulin dog meat festival where 15,000 dogs are eaten every year returns 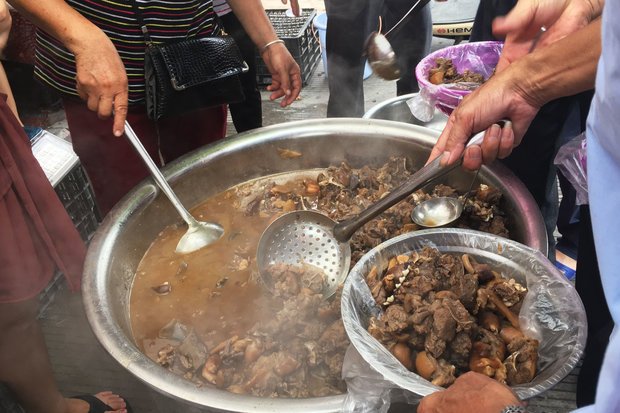 “The Yulin festival is one small but distressing example of an unspeakably cruel trade run by dog thieves and sellers who routinely steal pets in broad daylight using poison darts and rope nooses, defy public health and safety laws, and cause horrendous suffering, all for a meat that most people in China don’t consume.”

Veteran actress Dame Judi Dench sent a message of support for the petition, saying: “It fills me with sadness to think that the Yulin dog meat festival is just around the corner again. So I wanted to send this message as a symbol of my solidarity with all the thousands of people in China against the dog meat trade, who love their dogs and cats just as much as we do, but who go through the awful heart ache of having them stolen by dog thieves.

“I cannot imagine the suffering of those poor dogs, and I hope very much that one day soon this cruel trade will end.”

Violinist sensation Vanessa-Mae showed her support with a video message, saying: “Please join us in solidarity as we want to see an end to China’s barbaric dog meat trade including the horrific Yulin dog meat festival.”

The Yulin dog meat festival launched in 2010 and before it started the city had no history of mass dog slaughter and consumption.
While dog and cat meat in China is a delicacy there are growing calls to end the custom.

Polling company Horizon commissioned a poll in 2016 which found that 64 per cent of citizens want to see the Yulin festival banned.

And the RSPCA is trying to put an end to animal cruelty in the country by working with its Government.

The RSPCA’s head of international, Paul Littlefair, said: “The Yulin dog meat festival is one of the high-profile reasons why the RSPCA is working closely with the Chinese authorities to help address animal cruelty.

“Since 2008, the RSPCA has been working to improve animal welfare in China.Working very closely with the authorities and other animal welfare organisations in the country, we have helped draft the country’s first law designed to address deliberate cruelty to animals.

Although the law has yet to be passed, it has raised awareness of animal cruelty and there is growing opposition among the Chinese people to events like Yulin. Both policy makers and ordinary citizens are increasingly calling for legislation to end the kind of cruelty seen in the dog meat trade.

“Our work on law is being underpinned by a long-term RSPCA education programme in schools using animal themes to promote values and attitudes such as respect for life, kindness, empathy and good citizenship to help raise awareness of the animal sentience.

“Only by changing attitudes will China reach a point where the broad population accepts that the treatment of animals matters, and that laws are needed to prevent cruelty.” 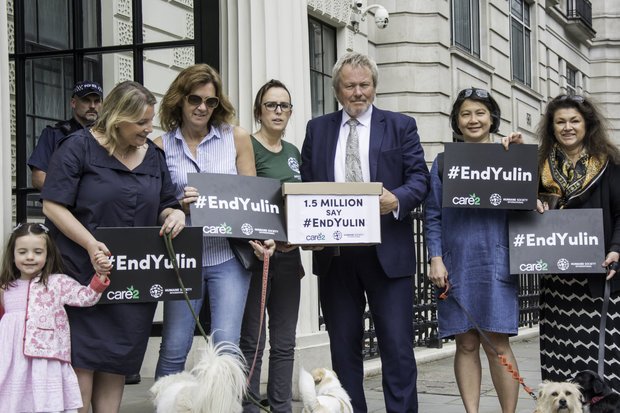