Gavin Williamson is desperately pleading with Boris Johnson to make him chief whip in a reshuffle as he battles to save his career, it was claimed today.

With speculation the PM could shake up his team as early as this summer, the Education Secretary is said to believe he has the role as the Tory enforcer ‘in the bag’.

MPs are convinced that current chief whip Mark Spencer – a former farmer – wants to take charge of Defra in the reset.

However, although that could throw Mr Williamson a lifeline many on the Conservative benches are demanding he is kicked out of government altogether after a series of blunders.

Mr Williamson has been widely tipped for the chop, after coming under heavy fire for the debacle over exams during the pandemic.

The premier is not thought to have made up his mind on the timing of the overhaul, with sources stressing the focus is on fighting Covid and he could choose to ‘go long’. 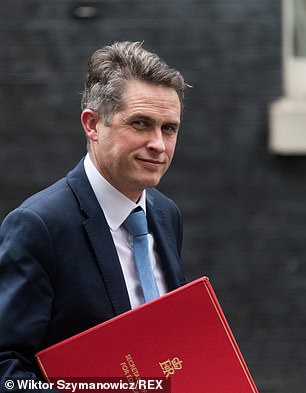 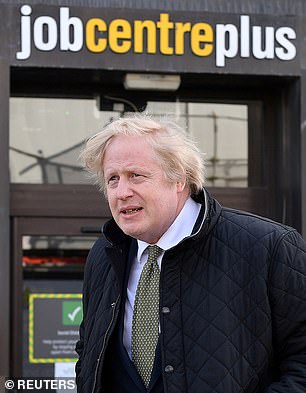 With speculation Boris Johnson could shake up his team this summer, Gavin Williamson is said to believe he has the role as Tory chief whip ‘in the bag’

However, allies of Mr Johnson told MailOnline he has already been privately hinting that people are in line for promotions.

Senior MPs expect him to wield the knife after the lockdown roadmap ends on June 21, and before the Conservative Party conference in the autumn.

One former minister said: ‘It doesn’t make sense to do the Queen’s Speech in May and then let your ministerial team spend the entire summer getting details of their legislation ready – and then shuffle them in September.’

They said Mr Johnson knew he had to make an impact when he does ring the changes. ‘You can’t reset your government twice in six months. You get one go at this every year or 18 months,’ they said.

Mr Williamson is said to be lobbying hard for a move from education to chief whip – a post he occupied for a year under Theresa May.

‘He wants to be chief whip again. That is what he is lobbying for,’ the plugged-in Tory MP said.

‘Mark wants a department. He wants Defra. Gavin told somebody recently that it’s ”in the bag”.’

But the MP added: ‘It is not in the bag. That would be terrible.’

Another senior Tory agreed that any reshuffle needs to take place before party conference.

‘I’m not sure he would want to have old ministers standing up saying my department will be doing this, and then a week later they are no longer in place,’ they said.

In a brutal assessment, the MP branded Mr Williamson an ‘outstanding failure’. ‘Gavin Williamson has proved one of this government’s major failures. He needs to be sacked and disappear into the wilderness so that his abysmal record can hopefully be forgotten with time,’ they said.

‘It is extraordinary that the guy is scheming to be get back to chief whip.’

The MP suggested Mr Williamson, who played a key role in Mr Johnson’s leadership campaign, might have exhausted his credit.

‘At what stage does Boris think ”my obligations are over, I need to start promoting  people who are going to shine”?’

Another Tory backbencher was more generous to Mr Williamson. ‘He’s not had a happy time. I would think out of the ranks Gavin Williamson’s position is the most suspect,’ they said.

‘But then I suppose no education secretary has a good time.’ 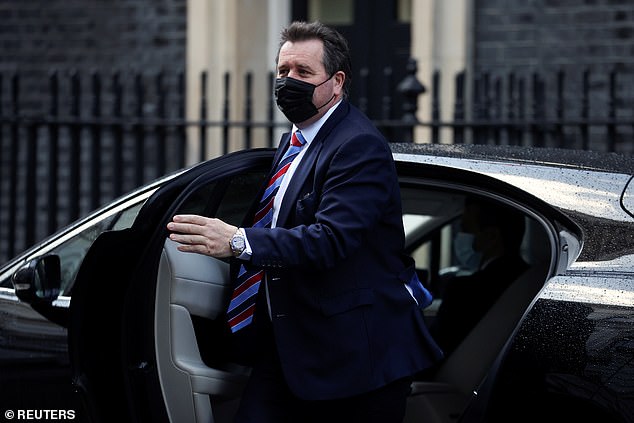 Aides to Mr Williamson insisted he is ‘completely focused on his job as Education Secretary’.

One well-connected senior Tory suggested Brexiteer allies of the PM, such as Jacob Rees-Mogg, could potentially be under threat.

And they said 2019 election intake MPs could be moved up the ranks to help defuse unrest over government spending plans and policies.

‘Jacob’s name always comes up as being out of the Cabinet,’ the MP said.

‘I think they are all becoming stale, irrelevant figures. He is starting to get rid of the key Brexiteers…

‘There are quite a few women who are kicking the door in. If Boris does a reshuffle in the summer, they (2019 intake MPs) have been there 18-19 months.

‘It is not an unreasonable time to be making them parliamentary under-secretaries.’