Julia Roberts and George Clooney have been good friends for 22 years — ever since meeting to work on 2001’s heist team-up remake Ocean’s 11.

They’ve made five movies together since, but there’s something particularly saucy about their latest, Ticket to Paradise, in which they play a bitterly divorced couple hellbent on preventing their daughter (Kaitlyn Dever) from marrying an Indonesian seaweed farmer (Maxime Bouttier) she’s only recently met: They got to pretend to hate each other for the better part of its four-month shoot.

“George has been waiting to get some things off his chest,” Roberts tells us in a joint interview with her co-star (watch above). “I could see him kind of licking his chops before a scene. Like, ‘This is gonna be fun.’”

“Yeah, I'm still waiting,” counters Clooney. “To really get them off.”

That banter is par-for-the-course when you get these two famed actors in the same room. “They have a snarky relationship in real life,” confirms director Ol Parker. 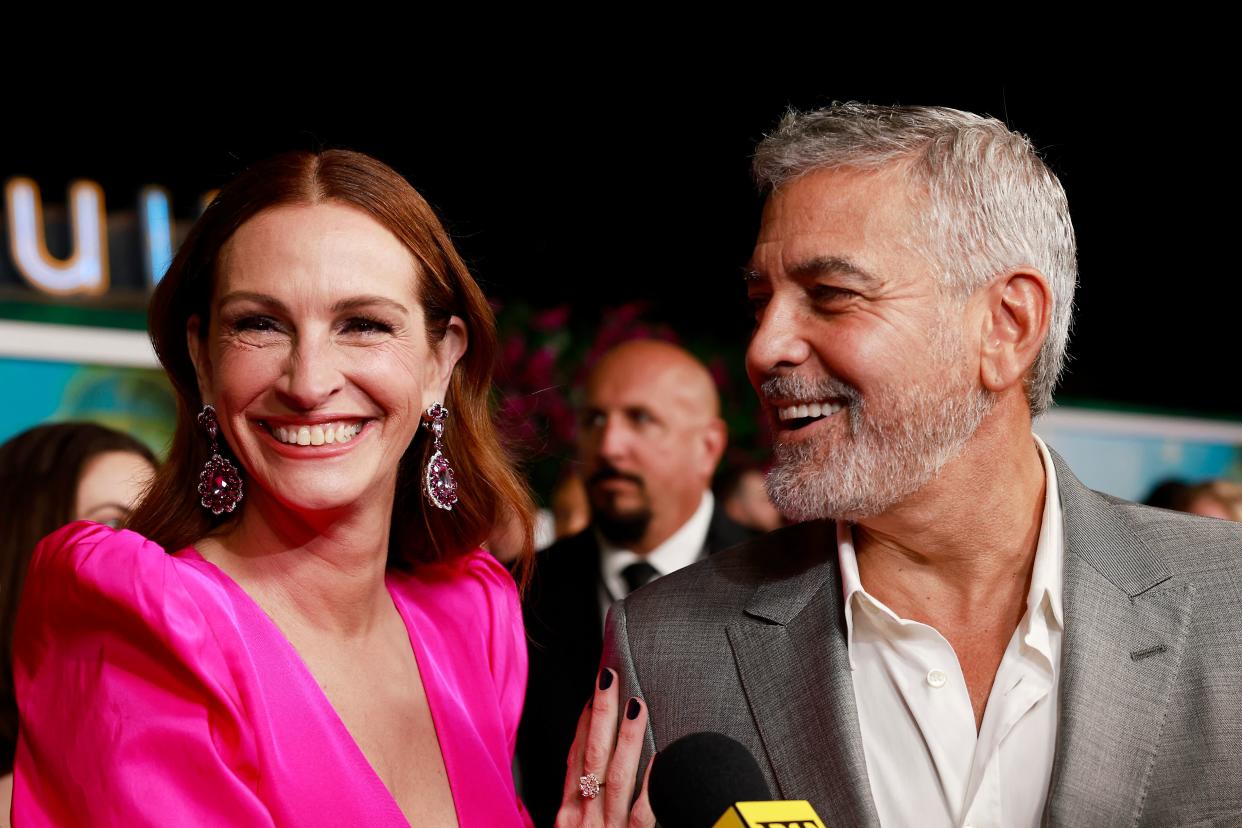 What’s exciting for many fans, though, is the general vibe of Ticket to Paradise. It feels like a throwback to many of Roberts’s biggest hits like My Best Friend’s Wedding (1997), Notting Hill (1999) and Runaway Bride (1999) — the type of star-studded romantic comedy they don’t make too many of these days.

Roberts made headlines recently for saying big-studio rom-coms have long been undervalued in pop culture.

“I love these kinds of movies and I think that they're really hard to make,” she tells us. “And so having made a lot of different types of movies in my career, I appreciate the delicacy of constructing a story like this.”

Asked what his most under-appreciated movie is, the always self-deprecating Clooney launched into a response mocking two of his most infamous credits — his early career horror stint in Return of the Killer Tomatoes! (1988) and his oft-mocked turn as the nipple-suited dark knight in Batman & Robin (1997).

“On Rotten Tomatoes, I have two films that are considered the worst films ever made,” the two-time Oscar winner cracks.

— Video produced by Jen Kucsak and edited by Leese Katsnelson