A Georgia man convicted of murdering his ex-girlfriend was captured in Alabama on Monday after more than three years on the run, authorities said.

Maurice Nesbitt, 43, fled on the final day of his trial in October 2017, according to authorities, cutting off his electronic ankle monitor while out on bond for the murder of 34-year-old Rashawn Jackson.

The jury in the trial went on to find Nesbitt guilty of felony murder, aggravated assault with a deadly weapon and possession of a firearm during the commission of a felony. He was sentenced to life in prison. 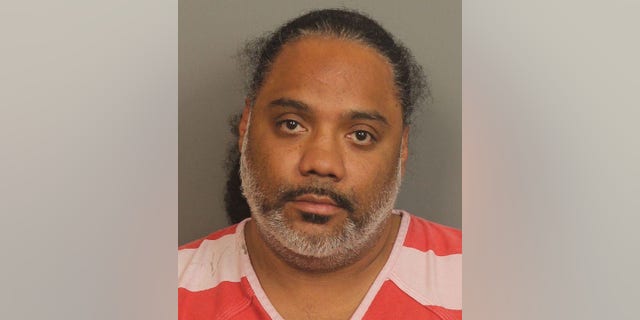 Maurice Nesbitt was featured on a broadcast of "America’s Most Wanted" a week before his capture, the Marshals Service said.
(Jefferson County Jail)

Over three years later, Nesbitt was tracked down to Birmingham, Alabama, after authorities received an anonymous Crime Stoppers tip that the fugitive might be residing at a home in the area, the U.S. Marshals Service said in a news release.

Local sheriff’s deputies and officers with the U.S. Marshals Service Gulf Coast Regional Fugitive Task Force set up surveillance on the residence and learned that two men lived at the home. Authorities said that one man fit the description of Nesbitt.

The suspect initially identified himself to officers as “Ricardo” but after noticing his tattoos, officers questioned him further on his identity. He then admitted to being Maurice Nesbitt and was taken into custody without incident, the Marshals Service said.

While Nesbitt remained on the run, he was featured on “In Pursuit with John Walsh” in January 2019, and on “America’s Most Wanted” on April 12, just days before his capture, according to the news release.

Nesbitt is being held without bond at the Jefferson County Jail in Birmingham. He is awaiting extradition to Georgia.

a, captured, fugitive, Georgia, In
Celebrities