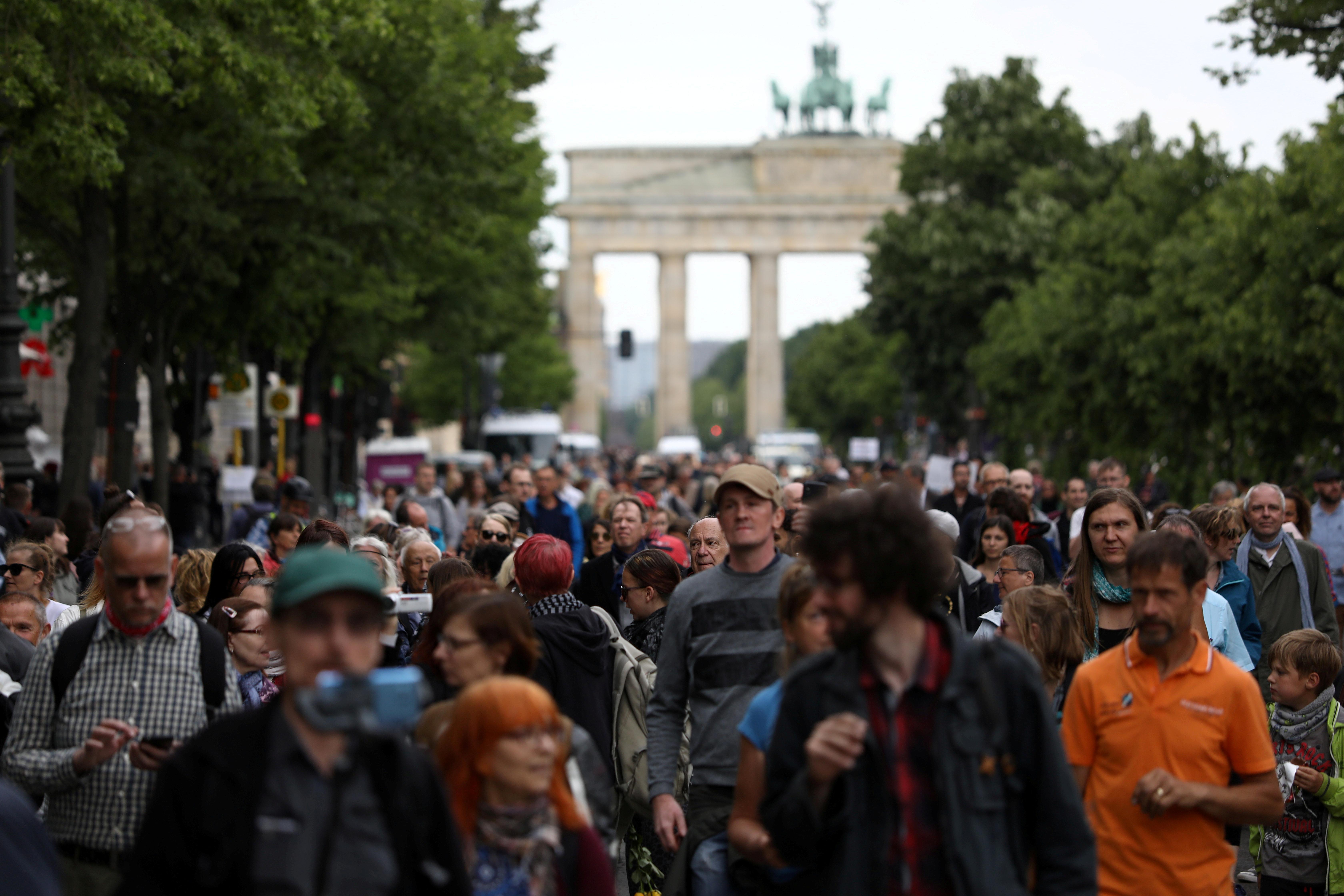 BERLIN (Reuters) – Germany’s central and regional governments were at odds on Monday over when and how far to ease contact distancing rules, with allies of Chancellor Angela Merkel warning that scrapping them risks unleashing a new wave of coronavirus infections.

The row erupted after Bodo Ramelow, premier of the eastern state of Thuringia, said on Saturday he would scrap rules on mask-wearing and distancing, relying instead on local measures. The states set most rules affecting day-to-day life in Germany.

Though his proposal echoes federal government policy, which envisages gradually reopening the economy while responding fast to outbreaks with local lockdowns and contact-tracing, officials fear muddying the message could undermine public discipline.

“Under no circumstances should the impression be given that the pandemic is over,” Health Minister Jens Spahn told Bild newspaper, saying a clear message on social distancing, hygiene and mask-wearing would make it harder for the virus to spread.

Numbers of new virus infections have fallen sharply over the past month. Shops, bars, restaurants, museums and churches have reopened, though many Germans continue to work from home and public transport is still less busy than usual.

State-owned railway operator Deutsche Bahn said on Monday it would start increasing long-distance travel again, alerting passengers when their train was more than half full and letting them rebook onto a lower occupancy service.

A draft document by Helge Braun, head of Merkel’s office, recommends that from June 6 private gatherings of up to 20 people could be held, wherever possible in the open air. Gatherings are currently limited to two households.

But authorities know they have to tread a fine line between reopening society and keeping Germans safe. In the central state of Hesse, a single church service on May 10 caused at least 107 new cases, they said.