BERLIN — Police say a jeweler in the northern German city of Celle has shot dead two men suspected of trying to rob his business.

JEWELRY STOLEN IN $1.1B GERMAN HEIST WAS REPORTEDLY NOT INSURED

German news agency dpa reported Tuesday that one suspected robber was killed at the scene, while the second died later in hospital. 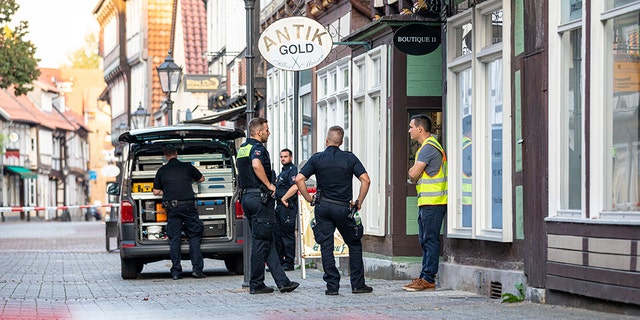 Sept. 14, 2020, Lower Saxony, Celle: Police task forces are securing a crime scene in the city centre. This afternoon, two armed men attempted to rob a jewelry store One of the perpetrators was killed, the other seriously injured.  (Photo by Moritz Frankenberg/picture alliance via Getty Images)

Celle police have appealed for witnesses to the incident Monday afternoon to come forward. They are particularly keen to hear from any tourists who might have been taking photos in Celle's picturesque old town at the time.

GET THE FOX NEWS APP

The owner and his wife, both in their early 70s, were the only people in the jewelry store at the time of the alleged robbery.