Home » World News » Get a Wiggle on: Australian band allowed into NZ after Ardern nudge

Get a Wiggle on: Australian band allowed into NZ after Ardern nudge

Christchurch: Despite a promise they would bring millions of dollars into the economy and help sustain more than 1100 jobs, quarantine officials in New Zealand appeared uninterested in helping The Wiggles into the country.

But as soon as Prime Minister Jacinda Ardern suggested a “practical solution” be found, an ad hoc exemption was worked out rapidly for the Australian children’s band.

Australians are currently not permitted to travel to New Zealand, after Ardern said the country was not ready to open the highly anticipated Trans-Tasman bubble.

Correspondence released under the Official Information Act 1982 shows the tour’s promoter writing desperately to the NZ government in late-December saying that while visa exemptions had been worked out, space had not been found for the band and their crew in a managed isolation hotel. 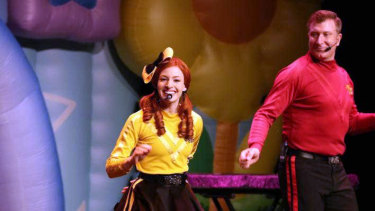 This was despite the group agreeing to reduce its usual touring party to just 12 and a lengthy document laying out the potential economic benefit – costed at $NZ4.4 million ($4 million) at a minimum.

“The live music industry is reliant on touring talent such as The Wiggles. These tours provide job opportunities for hundreds of workers in areas such as: ticketing, venue operations, ushers, bar staff, catering, traffic management, drivers, production staff.” 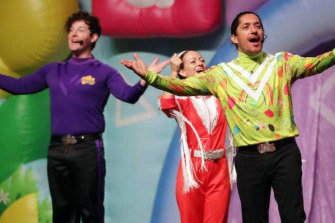 The promoter estimated 1126 jobs would be impacted and millions spent in the economy – including $NZ3million from the visitors themselves, $NZ268,000 in wages, and $NZ140,000 in equipment rental.

It also included an explanation of how the band would help early childhood development and demonstrate the value of empathy and politeness to children.

“Helping others is a prominent feature of their work. Supporting and assisting those in trouble is stressed. The contributions of other characters and always recognised and acknowledged. A natural politeness is a feature of all interpersonal interactions. In other words The Wiggles demonstrate the importance of developing and fostering relationships.”

A managed isolation official appeared uninterested in helping the band however, telling them on January 15 their best bet was to sit beside the website and try to book spaces as soon as they became available, reiterating that there was no “waiting list” the group could access.

“Even if rooms did become available during those periods, we have no authority to prioritise The Wiggles over other people who have a right to enter. Your only option is keep checking online,” the official wrote.

The promoter continued to plead, asking for confirmation that a waiting list might be considered and saying they needed assistance “in saving local jobs”.

Several thousand tickets had already been booked for the tour.

Things changed dramatically after former National leader Simon Bridges took up the band’s cause, and Ardern was asked about the matter.

She said a “practical solution” should be worked out, and soon one was.

She also issued a warning to promoters, according to the NZ Herald, saying “Don’t go out and put a poster up and sell tickets before you’ve guaranteed your MIQ [managed isolation quarantine] place.”

The promoter seized on her solution request, however, emailing to ask for “next steps”.

A paper was rapidly prepared for COVID-19 Response Minister Chris Hipkins just a day later on January 22, suggesting that a small amount of the “contingency space” left in managed isolation hotels to deal with issues like fire alarms be used for the group, and another group whose name was redacted in the OIA response.

His office wrote back to officials seeking some wording changes to the paper to make it refer less specifically to The Wiggles, saying the minister wanted a “pragmatic solution to avoid the cancellation of large scale events”.

It was then delivered on January 24 with the wording changes, but keeping the suggestion that the ad hoc rooms be made available for The Wiggles.

Hipkins agreed to this, and asked if new spaces made available by the opening of the one-way Cook Islands bubble could be used. Officials said those were already taken.

The cabinet paper reiterated several times that this was not a long-term solution, with officials worried that it might become general practice.

On January 25 the promoter appeared unaware of all this work, emailing desperate for an update.

The Wiggles kicked off their 25-show New Zealand “We are all fruit salad” tour in Invercargill on March 19 with, you guessed it, jokes about their quarantine stay.