Ghislaine Maxwell will be sentenced today for her role in recruiting and trafficking underage girls for Jeffrey Epstein.

Ghislaine’s victims to give impact statements prior to sentencing

Annie Farmer and the woman known only as ‘Kate’ are due to read their testimony in person as they face Maxwell.

Three testified at Maxell’s trial and used first names or pseudonyms to protect their privacy: Jane, a television actress; Kate, a former model from Great Britain; and Carolyn, now a mom recovering from drug addiction.

The fourth was Farmer, who chose to use her real name after being vocal about her allegations in recent years.

The most gut wrenching was Carolyn who testified that she was one of several underprivileged teens who lived near Epstein’s Florida home in the early 2000s and took up an offer to give massages in exchange for $100 bills.

Maxwell made all the arrangements, Carolyn told the jury, even though she knew the girl was only 14 at the time.

Jane said in 1994, when she was only 14, she was instructed to follow Epstein into a pool house at the Palm Beach estate, where he masturbated on her.

Jane told the jury: ‘I was frozen in fear’, adding that the assault was the first time she had ever seen a penis. She also directly accused Maxwell of participating in her abuse.

Maxwell’s lawyer asked Jane why it had taken so long to come forward.

She responded: ‘I was scared. I was embarrassed, ashamed. I didn’t want anybody to know any of this about me’.

Kate said she was recruited by Maxwell in London in 1994 when she was 17 and described in vivid detail how she invited her round for tea and then asked her back to give Epstein a massage.

In chilling testimony Kate described how Maxwell closed the door behind her as a naked Epstein lay on a massage table in front of her. After one such encounter Maxwell told her: ‘Did you have fun? Was it good?’

Farmer described how she was lured to Epstein’s ranch in New Mexico at the age of 16 with the promise there would be dozens of other bright students that he wanted to help.

Instead it was just her and Maxwell proceeded to massage her breasts before Epstein got into bed with her.

Summing up her experience, Farmer said: ‘I think this was all a pattern of them working on confusing my boundaries and malign me question myself about what was right and what was not right with the ultimate goal of sexually abusing me’. 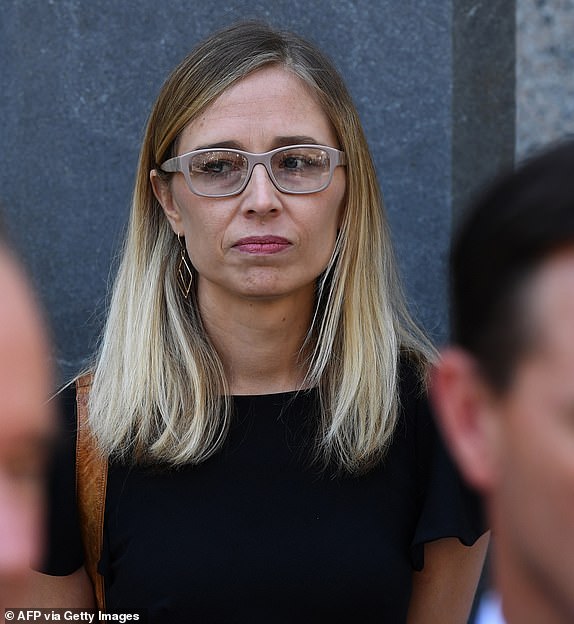 Ghislaine Maxwell will be sentenced TODAY

Ghislaine Maxwell faces up to 55 years in jail today when she is sentenced for recruiting and trafficking underage girls for Jeffrey Epstein.

The British socialite will appear before federal court in Manhattan at 11am and will have to listen to impact statements from at least two of her victims.

Statements from six other women could be read aloud by their lawyers.

The sentencing will mark the end of a decades-long fight for justice by victims of Maxwell and Epstein. 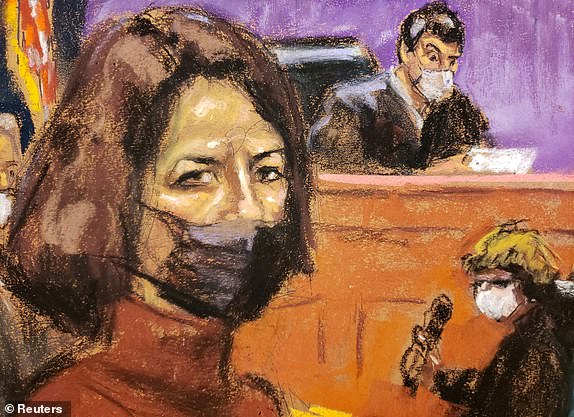