Girl, 10, among 3 victims of 'acid attack' after 'stranger' knocked on door in North London

A TEN-year-oldgirl was among three people doused with acid after a "stranger" reportedly knocked on their front door.

Emergency crews were scrambled to the flats in Colindale, North London, at around 7.20pm yesterday. 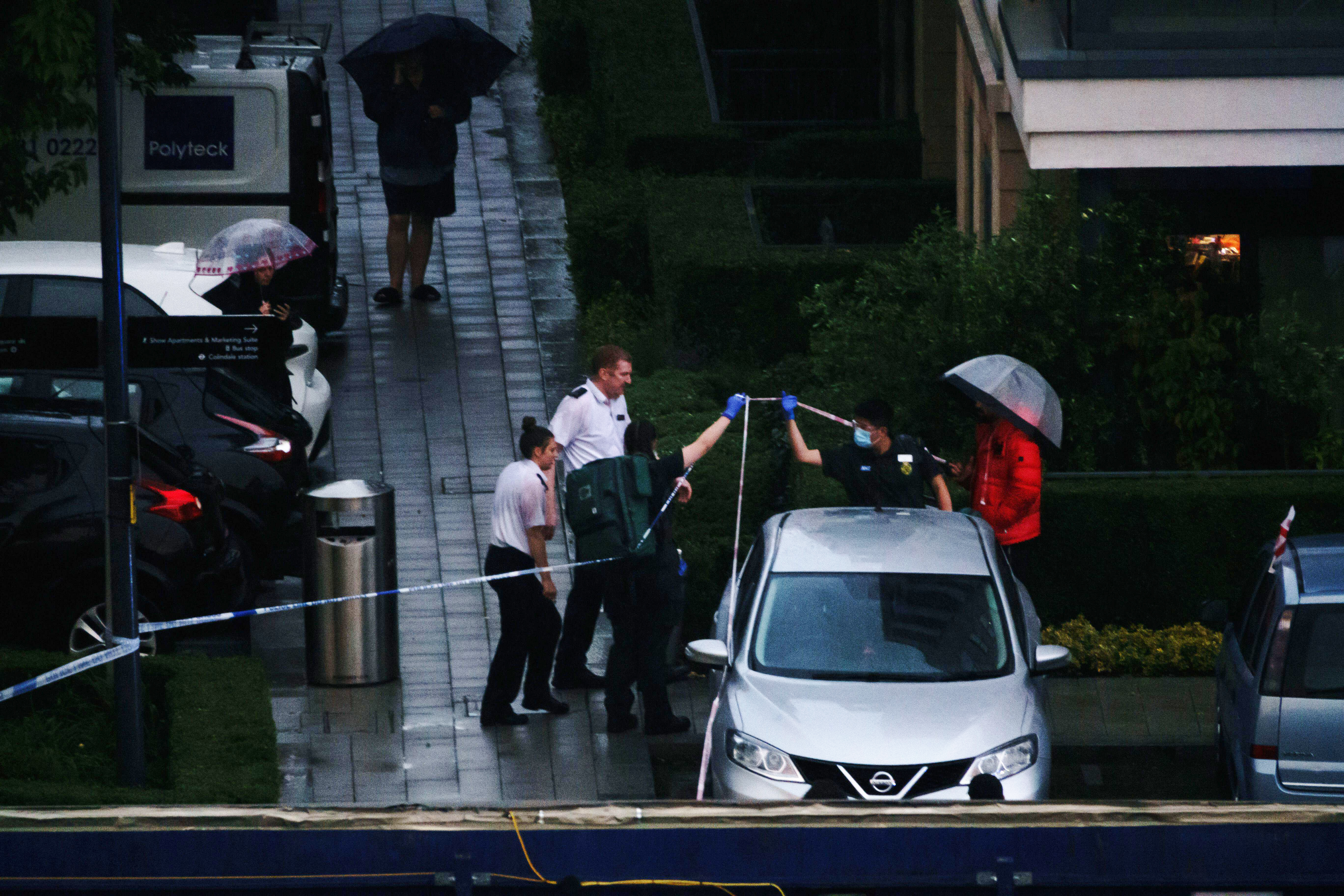 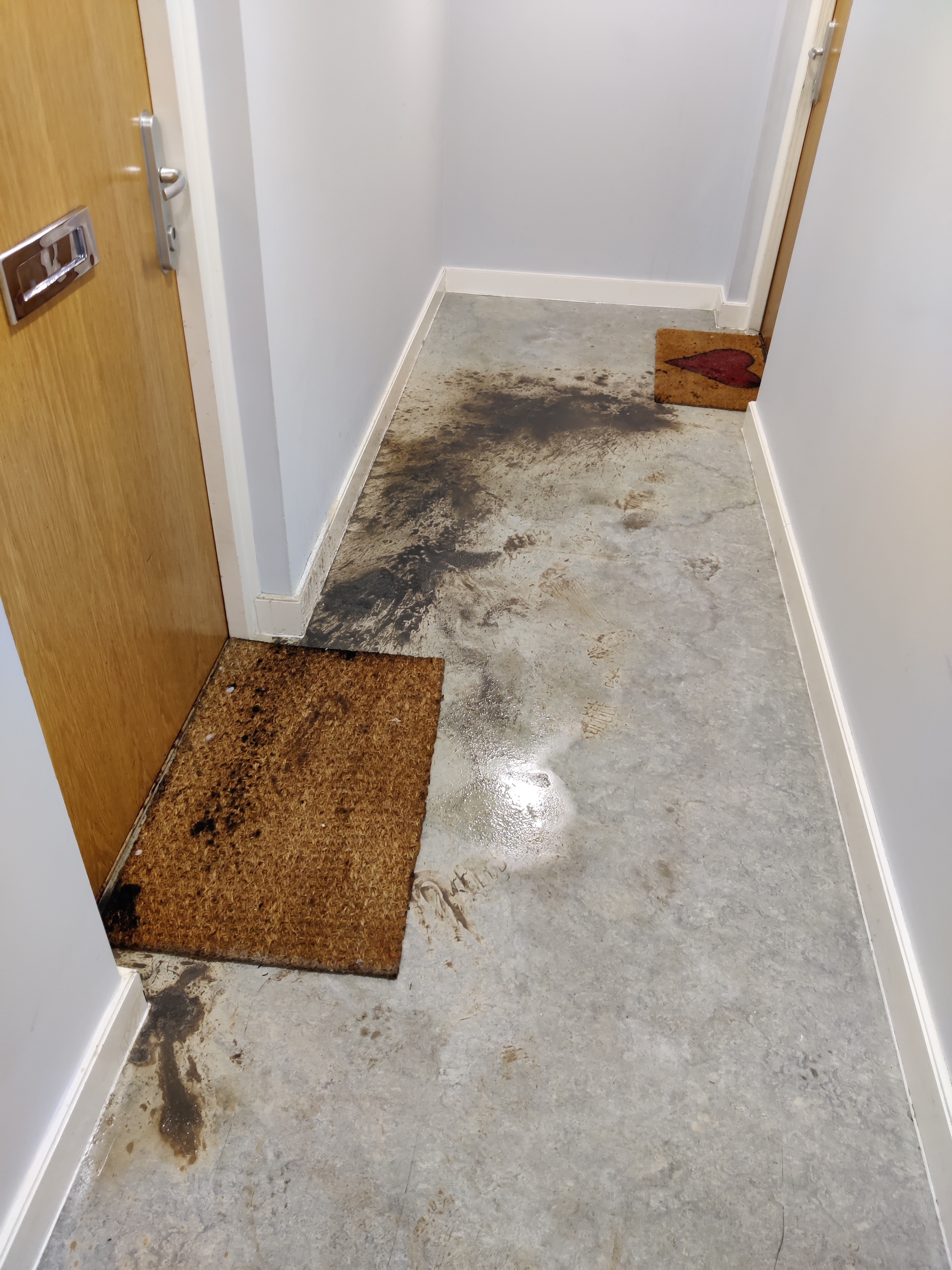 They found the child, a woman, 36, and a 46-year-old man injured after a corrosive substance was thrown at them.

The victims were taken to hospital with non-life threatening injuries and have since been discharged, police confirmed.

Horrified neighbours said they were attacked when a "stranger" knocked on their door and chucked the substance.

One said: “I saw a little girl come out in PJs, no shoes, with a lady.

"Both were taken in an ambulance. I’m sure it was an acid attack as police were running in with water bottles.”

Someone else added: “Apparently a stranger knocked on their door, they opened and were attacked."

Dramatic pictures show a large black mark burned into the floor outside the flat with streaks of liquid still visible on the door frame.

Police confirmed no arrests have been made yet with officers still investigating.

They said some cops were treated at the scene after entering the address but none of their conditions are thought to be serious.

Detective Sergeant Ewa Czura said: "It is vital that we identify the suspect responsible for this attack and we need the public's help.

"If you were in the area and witnessed the incident or have any information that could assist, I urge you to come forward and speak to police.

"The information you have might be essential to our investigation and help to bring justice to the victims and their family."

The Met added: "An investigation is underway following an incident in Colindale where a corrosive substance was thrown.

"No arrests; enquiries into the circumstances are ongoing. 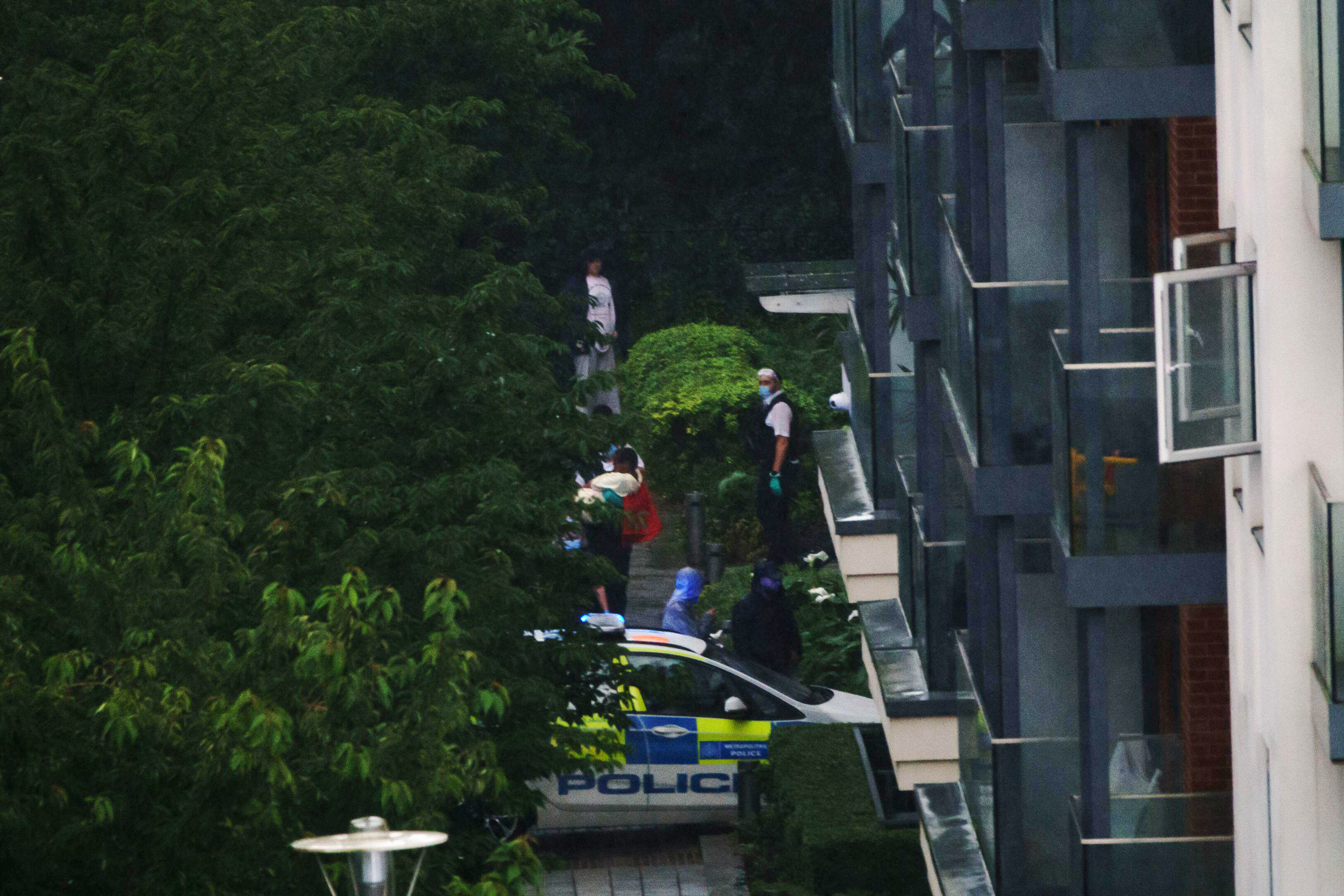 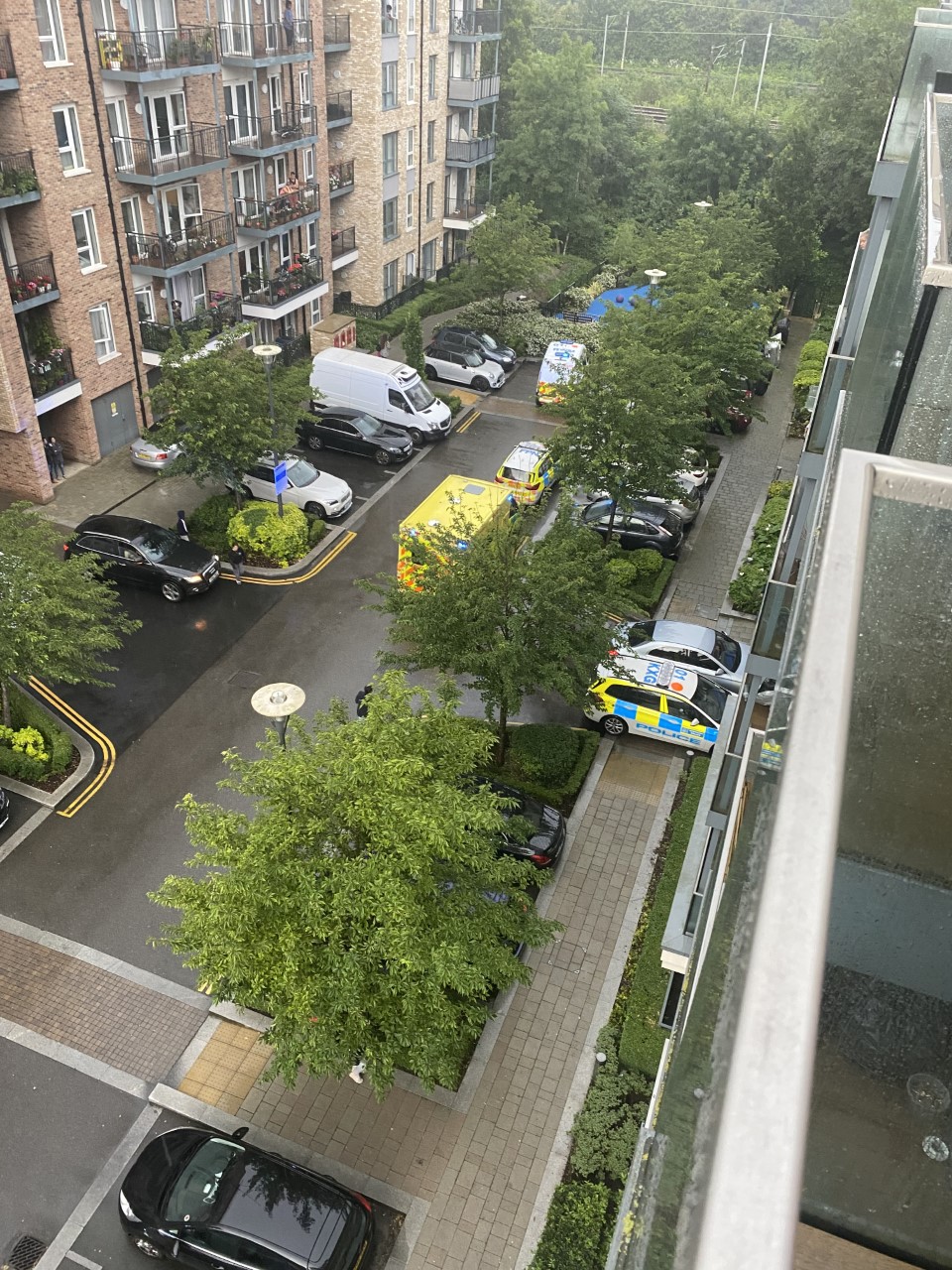 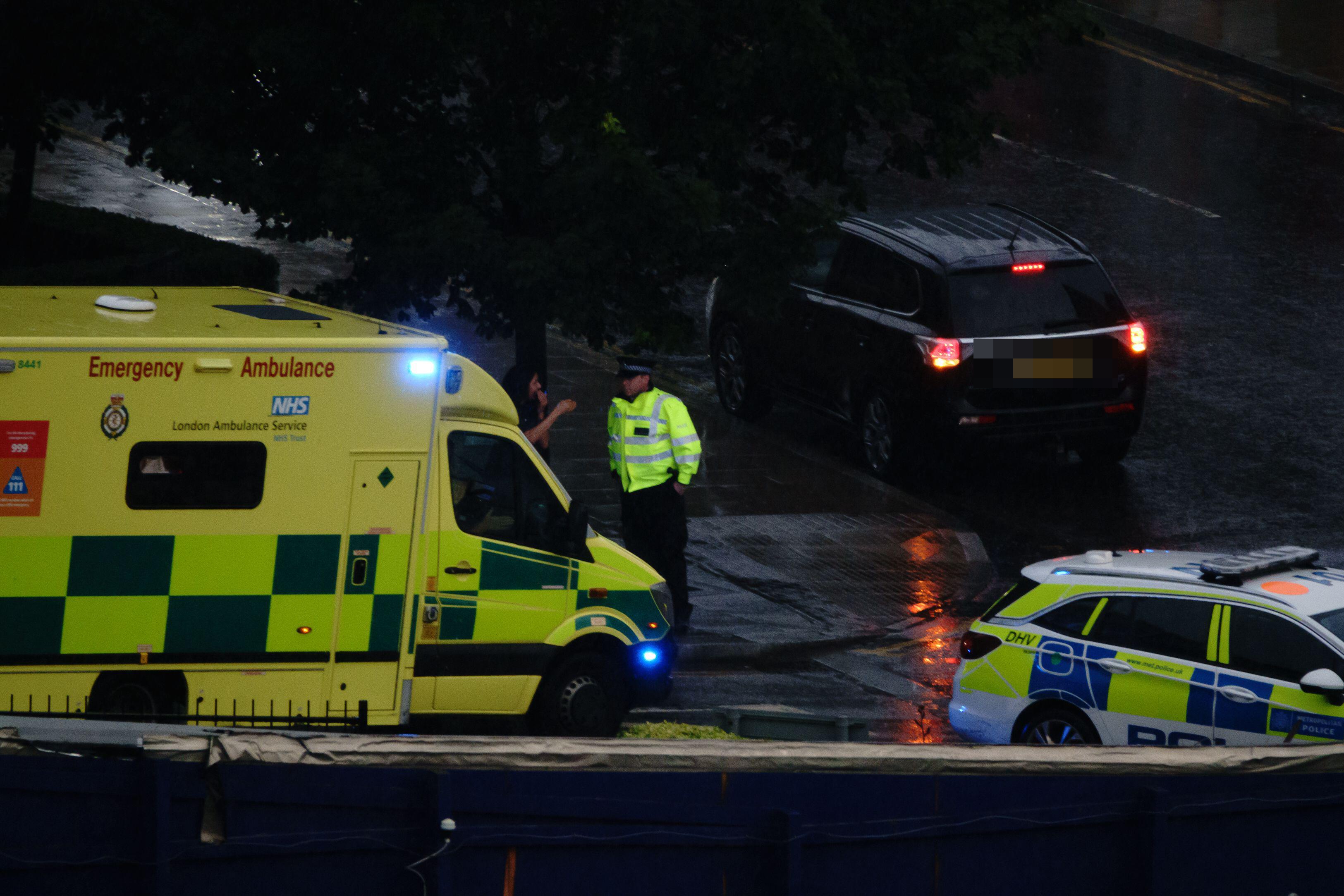