House debate on Ilhan Omar’s Islamophobia bill gets heated when GOP Rep. calls her a terrorist and says bill at ‘spew hatred and attack western ideas’

Audible gasps could be heard from Democrats in the chamber after Perry stunningly claimed the Democrat-backed bill was written to silence ‘critiques of terrorism.’

The hour-long debate was paused after House Democrats lodged a formal objection and asked Perry’s comments to be stricken from the record.

Perry derided the ‘lack of definition’ of Islamophobia in the bill’s text and said it was purposely vague because ‘you’re either going to be persecuted or you’re not depending on who you vote for.’

He dismissed the legislation as ‘attempts to placate an anti-Semitic member of this chamber,’ referring to Omar.

‘During last week’s markup of this legislation in the Foreign Affairs Committee, I was assailed by my colleagues on the other side of the aisle, they told me I was Islamophobic, nasty, mean and rude, why? because i offered amendments that would have prevented American tax dollars from going to organizations with ties to terrorism,’ Perry said. 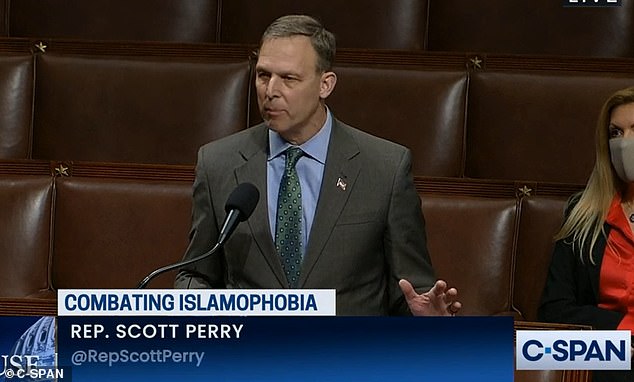 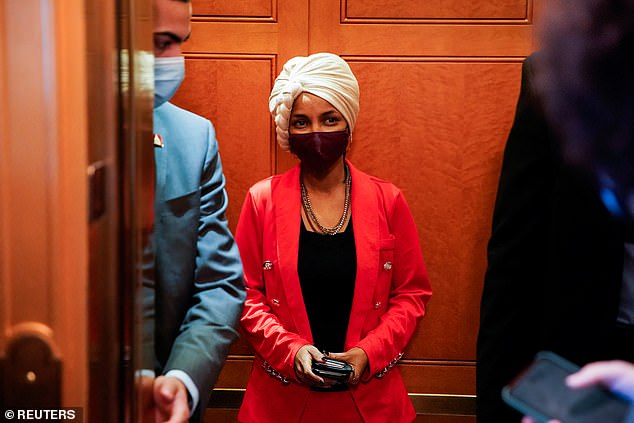 He implied Omar had ties to an unnamed terrorist organization just weeks after Rep. Lauren Boebert called her a suicide bomber

He went on to claim without evidence that Omar – one of only three Muslim House lawmakers – was part of one of those organizations.

‘American taxpayers shouldn’t be forced to pay terrorist organizations, organizations that the maker of this bill is affiliated with,’ Perry said.

‘And by intentionally leaving the definition blank in this bill, the gentlelady and my friends on the other side of the aisle are creating an office in our state department that will likely spew anti-Semitic hatred and attack Western ideas throughout the world under the farce of protecting Islam.’

The bill, written by Representative Ilhan Omar, would create a special envoy for monitoring and combating Islamophobia, and include state-sponsored anti-Muslim violence in the department’s annual human rights reports.

On the House floor Tuesday evening Omar thanked Democratic leadership in Congress for their commitment to the legislation.

One of the bill’s co-sponsors, Rep. Janice Schakowsky of Illinois, who is Jewish, said Omar had been the subject of ‘relentless attacks and horrifying threats, not just from her fellow Americans but even within the halls of Congress.’

‘And as a Jew myself, I see the parallel quite directly between anti-Semitism and Islamophobia – and we need to be combatting both,’ she said.

It comes just a few weeks after video emerged showing first-term lawmaker Boebert calling Omar, a Muslim who was born in Somalia, a member of a ‘jihad squad.’ 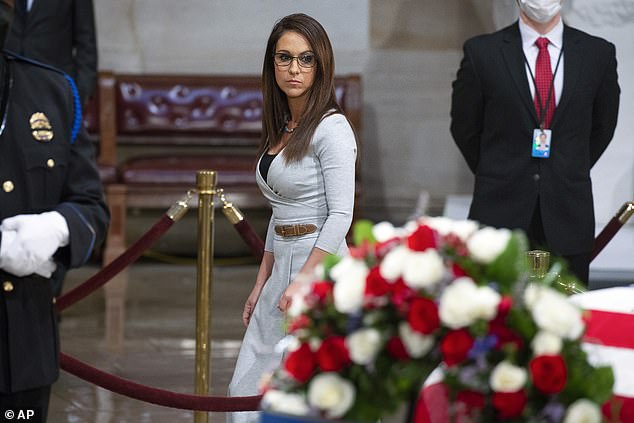 Boebert joked that Omar was a suicide bomber, leading Democrats to call for her to be stripped of her committee assignments

That comment led to calls by Democrats for a vote to strip Boebert of her committee assignments, as well as criticism by fellow Republican Representative Nancy Mace.

Republicans decried the bill, saying it lacked definitions and could be used for a wide range of actions.

Democrats countered that anti-Muslim sentiment is on the rise in the United States and globally, and cited Boebert’s comments as evidence.

Debate on the House floor reached a boiling point when Republican Scott Perry of Pennsylvania sparked objections from Democrats by claiming they were trying to ‘silence critiques of terrorism.’

GOP Rep. Steve Chabot blasted Democrats’ bill for not including a clearer definition of Islamophobia during debate ahead of the vote.

‘This bill doesn’t make it clear if the term islamophobia includes for example… criticizing the Taliban’s brutal oppression of women, or criticize people denying the Holocaust?’ Chabot posed.