Government’s Test and Trace hotline misses 25,000 calls every DAY with nearly half of people wanting a Covid test going unanswered

The Government’s Test and Trace hotline misses 25,000 calls every day with nearly half of people wanting a Covid-19 test going unanswered.

Around 1.68million calls were made to the 119 service in September but only 56 per cent were picked up, according to figures obtained by the Labour Party.

The statistics show that 44 per cent of callers were disconnected or simply stopped trying to get a response.

People who have coronavirus symptoms and no internet access are advised to phone the NHS 119 service in order to get a test. 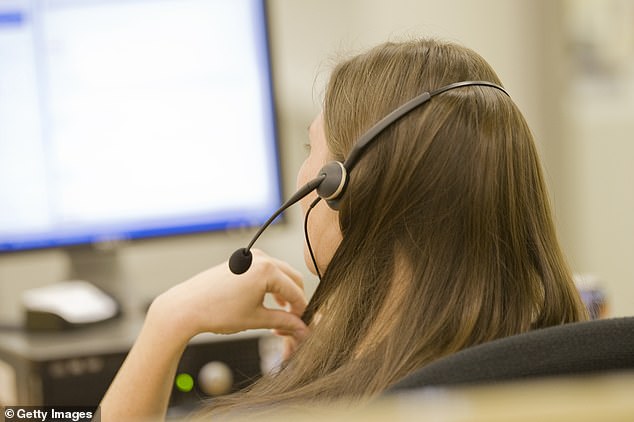 Around 1.68million calls were made to the NHS 119 service in September but only 56 per cent were picked up, according to figures obtained by the Labour Party (file photo)

In response to a parliamentary question, Health Minister Helen Whately revealed that 747,275 calls went unanswered in one month alone, working out to an average of almost 25,000 per day.

Regarding the statistics, Shadow Health Minister Justin Madders told the Mirror: ‘This level of unanswered calls is a damning indictment and a major barrier to effectively combating the virus.’

It follows England’s Test and Trace chief Dido Harding claiming on Tuesday that it is not her job to know when there might be surges in demand for coronavirus tests.

She said nobody in the organisation predicted that demand for Covid-19 tests would surge when schools went back, and refused to say when it might happen again. 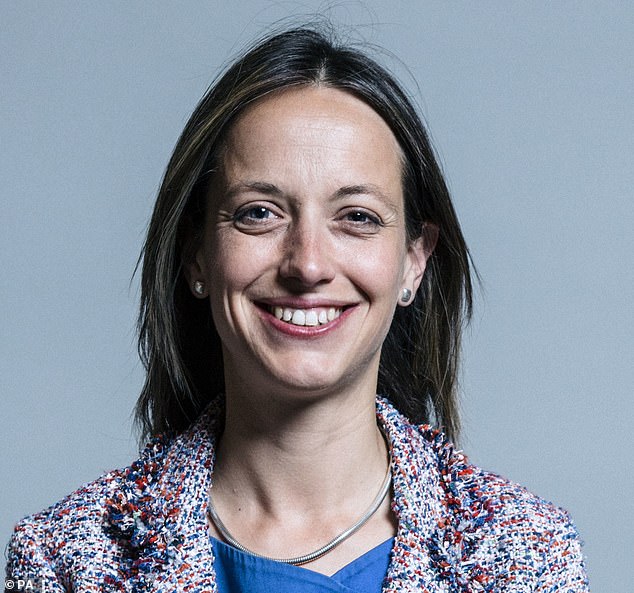 In response to a parliamentary question, Health Minister Helen Whately, pictured above, admitted that 747,275 calls to the 119 service went unanswered in September alone

How does the NHS Test and Trace system work?

For those with symptoms:

Step 2: Order a free NHS test online or call 119 to speak to someone.

Step 3: If you are positive you must isolate for at least 10 days and your household for at least 14 days – those who don’t face fines starting at £1,000. Those who are negative can leave.

Step 4: If you test positive, you should fill in details of those you have been in direct contact with recently on the NHS Test and Trace website. If you don’t respond within 24 hours, the NHS may contact local authorities to follow-up by phone or in person.

The NHS contact tracers will then attempt to track down those you have been in contact with. They will warn those people to isolate if necessary. Those people must isolate for at least 14 days from the contact with the person – or risk a fine starting at £1,000. People in that person’s household do not have to isolate, if you do not have symptoms.

September saw huge backlogs in the testing system across the UK, with hundreds complaining they were unable to book tests anywhere near their own home and availability having to be throttled so labs could process the tests that were being done.

In a meeting with MPs this week, Lady Harding admitted the ‘balance between supply and the demand forecast wasn’t right’.

And when pressed on when the next peak in demand for tests might be, the testing chief repeatedly refused to answer the question and said it wasn’t her job to predict it.

Dr Susan Hopkins, the chief medical adviser to Test & Trace, said that there would be sustained pressure on the test system over winter and that the system would need to be capable of more than the 500,000 per day that officials currently claim it can do.

The Test & Trace system has come under repeated fire from MPs, experts and the public and the Government’s own SAGE committee said it was only having a ‘marginal impact on transmission’ in a scathing report last month.

The multi-billion-pound system – which is largely privatised and run by companies including Serco and Deloitte – has never hit Boris Johnson’s target of turning all tests around within 24 hours and, in the last week of October, failed to reach 40 per cent of potentially infected contacts who had met with people carrying coronavirus.

In September hundreds of people reported being unable to get tested for coronavirus near their homes even though they were ill.

Matt Hancock and Lady Harding at the time blamed a surge in ‘ineligible’ people trying to get tests even though they didn’t have any of the officially recognised symptoms.

Tests were being rationed in areas with only low numbers of cases, they admitted, so that they didn’t run out in areas with rising infection rates. As a result, hundreds of people found the test booking website offering them journeys to test sites dozens or even hundreds of miles from home at a time when they thought they had Covid-19.

Explaining what happened in September, Lady Harding said on Tuesday: ‘What happened, not so much in August as in September – the first couple of weeks in September, as schools came back – we saw demand significantly outstrip that planned capacity delivery.

‘With the benefit of hindsight, could we have built testing capacity faster? Well I’m not actually sure that anyone could.’

She added: ‘The good news is that, as we stand now, testing is completely unconstrained across all four nations.’