GP is struck off after she leaked confidential details on Instagram

A former Harley Street doctor has been struck off after she divulged details to a cosmetic surgeon and his lawyer about a patient who was planning to sue him for alleged botched cosmetic treatment.

Dr Natasha Ranga, 38, became involved in the dispute after the unnamed woman messaged her on Instagram for help while complaining that lip fillers given to her were ‘too lumpy.’

Initially Ranga, a private practice GP who has treated Paul Gascogine in the past, held a consultation with the patient and agreed with her complaint. She even advised her to go to the General Medical Council with her concerns.

But she then breached the patient’s confidentiality by leaking details of their discussion with the surgeon in question known as ‘Dr D’ – telling him and his lawyer that the woman had ‘no abnormalities.’

The woman, known as Patient C, was said to be ‘devastated’ when she found out Ranga had betrayed her. 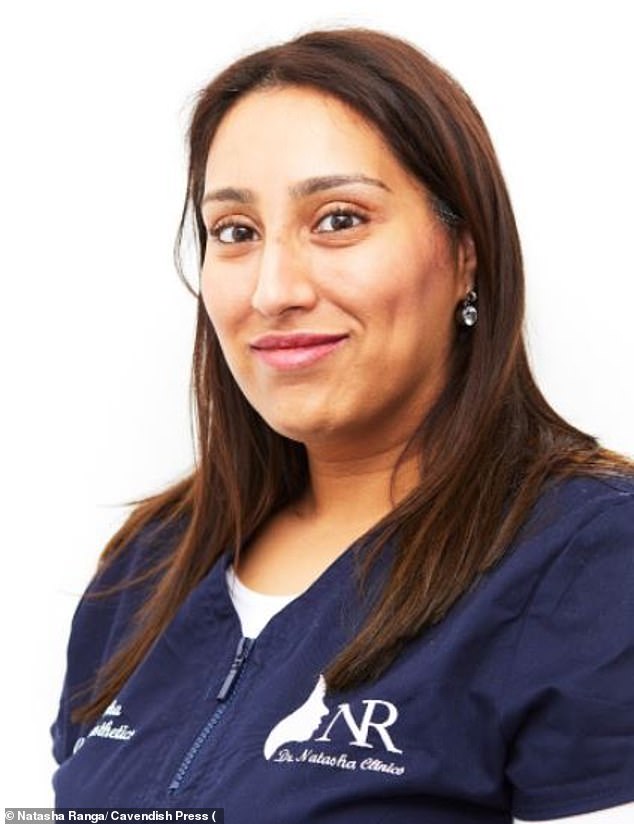 Dr Natasha Ranga, a family GP hailed as an Instagram star, has been struck off after she leaked confidential details to another doctor about a young patient who was suing him for botched cosmetic treatment 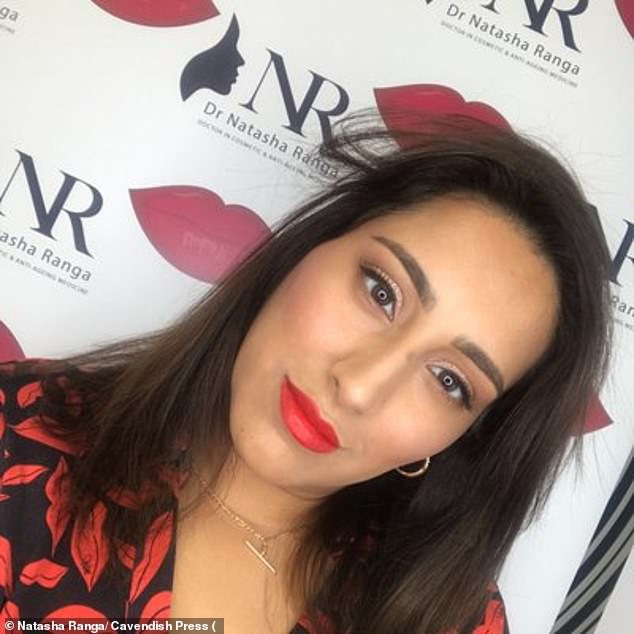 At the Medical Practitioners Tribunal Service, Ranga, of Rugby, Warwicks, who has more than 20,000 followers on her Instagram page was found guilty of dishonesty and serious professional conduct

At the Medical Practitioners Tribunal Service, Ranga, of Rugby, Warwickshire, who has more than 20,000 followers on her Instagram page, was found guilty of dishonesty and serious professional conduct and was ordered to have her name erased from the doctor’s register.

The GP, who runs the Dr Natasha Clinic in Birstall, Leicestershire, denied breaching the woman’s privacy but admitted two incidents of plagiarism after she copied extracts of essays for a course she was studying at Simon De Montfort University.

They stated: ‘The breach of patient confidentiality was aggravated… in particular by Dr Ranga’s knowledge that Patient C and Dr D were in dispute.

‘Further, the importance of making, maintaining and retaining appropriate records was demonstrated by the circumstances of this case, in which a substantial dispute had arisen in relation to what was said at a medical consultation.

‘No contemporary record of that consultation had been produced.’ 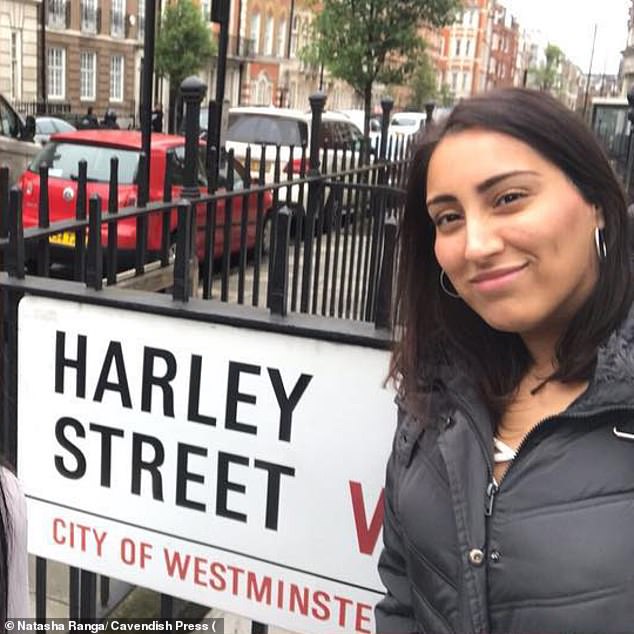 The drama unfolded in February 2018 when the woman approached Ranga for advice on Instagram about treatment she had received two months earlier from Dr D which involved lip fillers and the application of Profhilo, a treatment to reduce ‘hollowness below her eyes.’

The Manchester hearing was told a consultation later took place with Ranga, after which Patient C sent her a text message on Instagram saying: ‘Thanks so much for your help and guidance I really appreciate it.’

Recalling their consultation, Patient C told the tribunal: ‘Dr Ranga sat opposite me, was very sympathetic and came across to me as a kind person. She was supportive of me in saying that the Profhilo treatment had been inappropriate in my case.

‘I also disclosed to Dr Ranga that I was considering legal action against Dr D. Dr Ranga was supportive of this idea and advised me to make a formal complaint to the GMC.’

In March 2019, Patient C emailed Ranga again saying she was suing Dr D and asked for a letter outlining the findings of their consultation and her professional opinion about the Profhilo treatment.

But the tribunal was told that same day, Ranga messaged Dr D on Instagram and falsely told him that during her consultation with Patient C, she ‘did not find ‘abnormalities in Patient C’s presentation’.

In another email to Dr D’s lawyer the next day, Ranga went into further details about the consultation but admitted that she was relying on her memory.

Afterwards, Ranga sent a letter back to Patient C saying: ‘I’m sorry to hear this is not resolved for you after all this time. I can’t write a report, I’m afraid it was just an initial consultation.’ 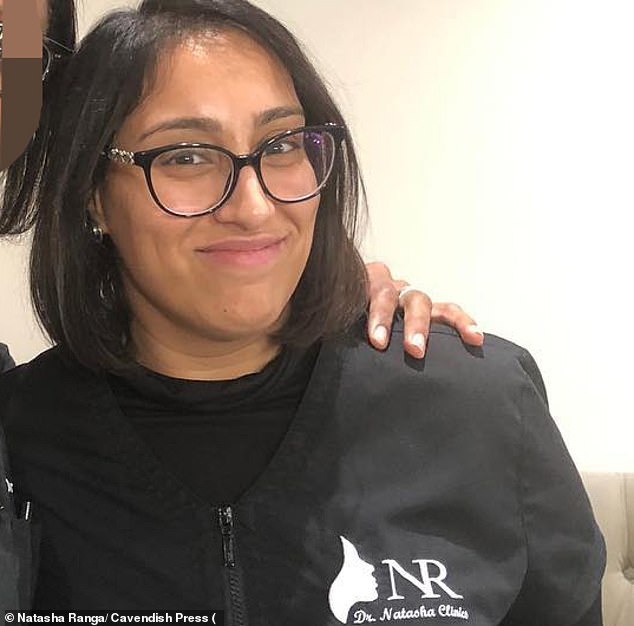 He said: ‘Dr Ranga’s evidence was implausible in many respects. She said documentation relating to the consultation had been in paper form and had gone missing as a result of an office move but then described how the document folders had simply fallen over…

‘Dr Ranga also gave evidence saying she had been threatened by Patient C. But when that matter was further explored, she said that telephone call she said she had received was from a male caller who had apparently told her to “tell the truth and to watch out in Leicester.”

‘Nothing in the call directly linked this call to Patient C and Patient C herself produced her phone records to show that she had not been in touch with Dr Ranga.

‘Patient C also said that she had not discussed this case with friends and family because she was sensitive about seeking cosmetic treatment.

‘Patient said Dr Ranga’s breach of confidentiality had had a devastating impact upon her. Dr Ranga does not appear to grasp this dimension of her misconduct. Any ordinary decent person, would consider her actions as dishonest.’