Grand prix costs Victoria half a billion dollars over 10 years

Victorian taxpayers spent a record $78.1 million to host Melbourne’s 2022 grand prix, with costs totalling more than half a billion dollars over a decade, but the government is adamant the race has generated far more in broader economic benefits.

The Grand Prix Corporation’s annual report shows the government subsidy – needed to fill a financial hole because revenue from the event makes up less than half the cost – increased by almost one-third this year, compared with 2019, when taxpayers paid $60.2 million. 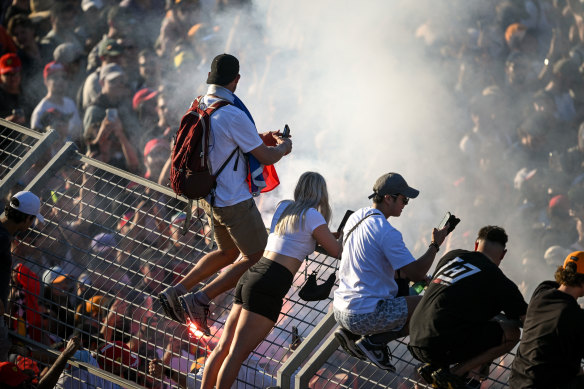 The race, held at Albert Park over three days this year from April 7 to 10, generated $75.1 million in revenue but cost $153.2 million to stage, leaving a financial shortfall.

“We’ve secured the Formula 1 Australian Grand Prix event in Melbourne for the next 15 years, which will boost businesses and jobs across Victoria, while showcasing the state to millions of spectators right across the globe,” he said.

The annual report was tabled in state parliament on Wednesday, days after Premier Daniel Andrews announced Melbourne had secured the rights to host the race for an extra two years. That means the race will be held in Melbourne until at least 2037.

The total taxpayer subsidy for the event – $537.5 million over the last decade – has been a source of controversy for years.

The government argues the benefits of international branding and economic activity the race generates far outweigh any direct costs, while opponents have suggested the money could be better spent.

After a two-year hiatus during pandemic lockdowns, the Australian Grand Prix came back to life in 2022, with a record-breaking attendance of more than 419,000. This year, the government is expecting an even bigger crowd of 450,000. 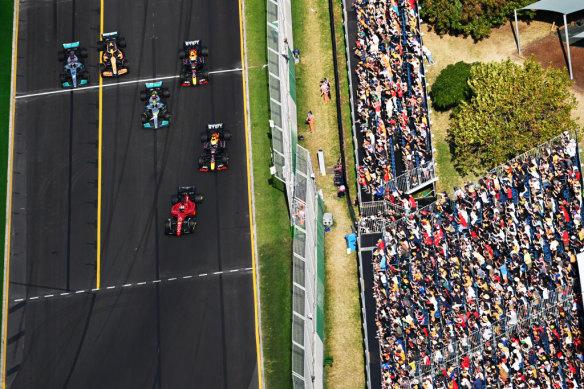 The event has cost more than half a billion dollars over a decade in taxpayer subsidies to stage. But the government says the benefits far outweigh the costs.Credit:Getty Images

In a recent media release, it said demand for next year’s event had reached “fever pitch” – tickets for the main race day sold out only three-and-a-half hours after they went on sale.

Grand prix chairman Paul Little said in the annual report noted the 2022 race had been a “remarkable success” and generated the largest attendance since it moved to Melbourne in 1996.

“Due to the demand, additional grandstands and hospitality facilities were built across the circuit. Those watching at home were once again treated to stunning images of Melbourne and Albert Park, with 55 million people around the world tuning in to watch the event, while 154 million watched the race coverage,” he said.