Grandad batters bloke who attempted to snatch girl, 6, after break-in

Benjamin Dillon faces charges of burglary, resisting arrest and intimidation for the crime in Lebanon, Indiana.

He is alleged to have kicked down the door of grandparents Martin and Patty Roth’s home.

The 37-year-old claimed the child was “his daughter” and attempted to “take the child”.

Martin fought back against the man and managed to drive him outside.

Police then swooped on the intruder and also fought with him, ending up taking him multiple times. 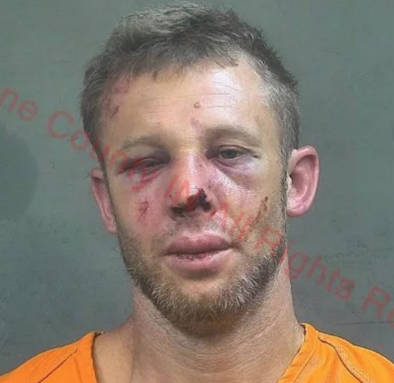 “I was nervous, very nervous, I was shaking so bad”

Patty said the couple were sleeping when Dillon stormed the apartment, reports Fox 59.

“I was nervous, very nervous, I was shaking so bad,” she said.

The gran said she had no idea while Dillion is said to have targeted their home.

She added: “I’ll never figure that one out.”

Dillon is said to have threatened to “kill” police officers when he was confronted outside.

He also claims the incident was a “big misunderstanding”.

His mugshot shows him covered in cuts and bruises, seemingly from his clash with the police and Martin.

The suspect also denies breaking in, and claims he was let in. 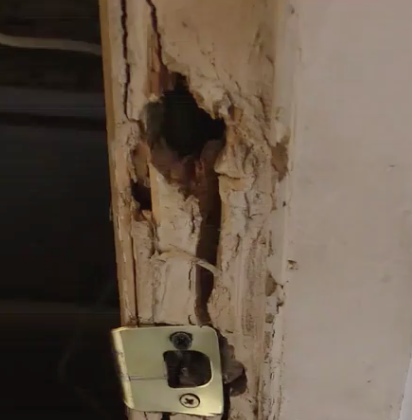 Speaking to WTHR from prison, Dillon said: “I was under the impression that maybe my daughter might be over there in that apartment complex.

“I asked if there were children present.”

He added: “I know I physically fought with police officers but I never physically broke into the place.”

Dillon claims a couple he didn’t know let him into their apartment in the middle of the night. 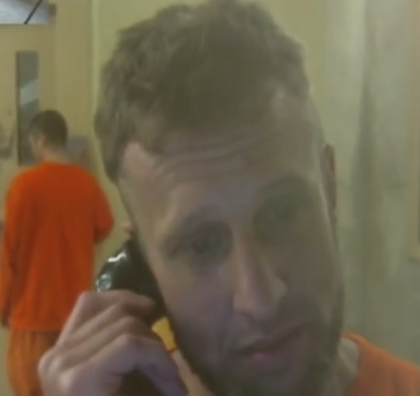 He said: “I am truly sorry for coming to your apartment door, for waking you up.

Dillon was already awaiting trial on drug charges – and is now being held on a $75,000 bond.