Grenfell Tower blaze survivor, 25, is jailed for 19 years after rape

A Grenfell Tower survivor has been jailed for 19 years for a string of five violent rapes on two sex workers in his flat.

Sajad Jamalvatan, 25, would lure escorts to his home in Chelsea, west London, and pretend to pay them before holding them down and sexually assaulting them.

Jamalvatan was one of the survivors of the Grenfell Tower fire in 2017, and lived on the third floor of the building with his family.

He was vocal about complaining about the block’s fire safety, and submitted extensive evidence to the official inquiry.

Just over two years after the devastating blaze, while living nearby in Chelsea, west London, the student began his string of vicious rapes. 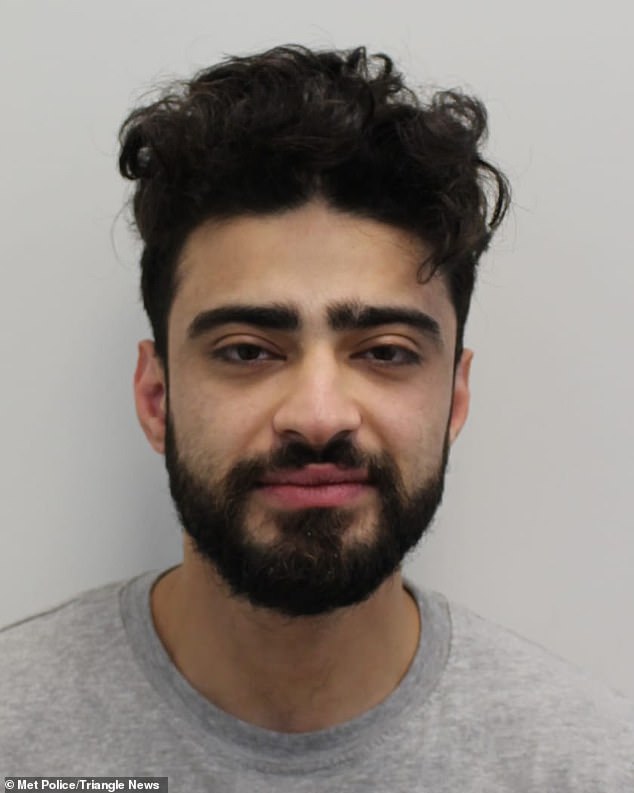 Sajad Jamalvatan (pictured), 25, would lure escorts to his home in Chelsea, west London, and pretend to pay them before holding them down and sexually assaulting them

Jamalvatan used escort websites to lure sex workers to his flat with the promise of paying them.

Once the women were locked in his house, Jamalvatan pretended to transfer money to them on his banking app.

Police said the victims often realised they were in danger and would try and escape, but Jamalvatan would overpower and rape them.

If the sex workers tried to defend themselves Jamalvatan would become violent, covering their mouths with his hands and pinning them down, telling them not to scream.

On one occasion – after an hour-long attack – Jamalvatan insisted that he was ‘not a bad person’.

He said drugs caused him to become violent and insisted that this was the ‘first time’ he had ever committed such an act.

A complex year-long investigation by Scotland Yard resulted in Jamalvatan being charged with five counts of rape between August and October 2019.

They obtained and downloaded mobile phone information and combed through hours of CCTV footage to crack the case.

He was caged for 19 years with an additional five years on licence – and he has been put on the sex offenders register for life.

‘It was determined at court that Jamalvatan felt the women he targeted were not worthy of his respect, and he sought to undermine their reports of rape by suggesting to police that they were not trustworthy because of their work.

‘He also compulsively lied to police throughout this investigation, parading as a straight-laced PhD student who was looking after his auntie and mother.

‘This couldn’t be further from the truth.

‘It is clear that Jamalvatan has no comprehension of the severity of the acts he has committed, and the damage, both psychological and physical, which he has inflicted.

‘We cannot begin to imagine the pain these women may have to carry for the rest of their lives after being exposed to this man’s atrocious behaviour, but we hope this result will give them some respite.’

And Scotland Yard urged other potential victims of the rapist to come forward.

Det Con James Drummond added: ‘We know that it can be incredibly difficult for victims of sexual assault to come forward and explain what has happened to them, that is why we feel there may be more women who have suffered at the hands of this man.

‘We are appealing to anyone else who thinks they may have been a victim of Jamalvatan to get in contact with us so that we can offer the support that they are entitled to.’

A National Ugly Mugs spokesperson said: ‘We applaud the courage of the victims who came forward in this case and are pleased that we could offer some support in the investigations.

‘We honour and celebrate the courage of this victim and others and we are here for them to provide support to heal and recover in ways that they choose and safety tools so they can share information to keep each other safe.’

Scotland Yard confirmed that Jamalvatan was a survivor of the Grenfell Tower fire in June 2017.

A total of 72 people died after the cladding on the North Kensington block caught ablaze and caused an inferno.

Jamalvatan appeared in several television interviews in the aftermath of the fire on Channel 4 and the BBC.