In US courtrooms several years ago, 204 women stood in front of the former US gymnastic team doctor and described the devastating toll his sexual abuse had taken on their lives.

Many kilometres away in Melbourne, Natalie Nalesnyik was watching. 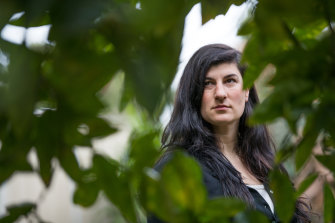 Natalie Nalesnyik was sexually abused by her former gymnastics coach when she was a child. Credit:Jason South

“Hearing everything they had to say just resonated so much with me,” she says, “and I felt like I wanted to be able to in some way express that too.”

As a child and in her early teens, she had been devoted to gymnastics, training up to six days a week and quickly climbing to elite levels. But behind the scenes, the coach who she trusted to help her perform in the sport was sexually abusing her from the age of nine. 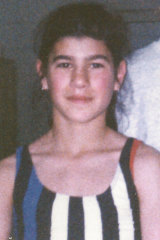 Natalie Nalesnyik was a talented gymnast as a child.

Ms Nalesnyik alleges she approached Gymnastics Victoria in mid-2018, telling the organisation what had happened to her at the hands of now-deceased accredited coach John Niedzialek.

She is now one of three women who have launched, or is preparing to launch, legal action against Gymnastics Victoria and Gymnastics Australia in the Supreme Court of Victoria seeking compensation for their abuse by the same coach.

A statement of claim filed last week by Ms Nalesnyik’s lawyers says Gymnastics Victoria was the body responsible for the management and operation of Hoppers Crossing Gymnastics Club Incorporated, which has since been deregistered as an association.

Ms Nalesnyik alleges that Gymnastics Victoria and Gymnastics Australia are vicariously liable for the abuse committed by Mr Niedzialek, and that they owed Ms Nalesnyik a general duty of care while she was a member of the club, which was breached.

“Gymnastics Australia takes all matters of child abuse allegations and incidents extremely seriously. We have an unwavering commitment to provide an environment that respects the rights and supports the wellbeing of every participant in the sport.”

A spokesperson for Gymnastics Victoria told The Age the organisation was committed to child safety standards and would work with Ms Nalesnyik and her legal representatives to address the allegations.

“Gymnastics Victoria is fully committed to upholding the safety, wellbeing and empowerment of all individuals within its gymnastics community, past or present, and to working to address any allegations in an appropriate manner,” the spokesperson said. “Gymnastics Victoria encourages anyone who wishes to make a complaint concerning alleged abuse to contact Victoria Police.“

The spokesperson said that child safety and member protection policies were part of its approach to uphold the organisation’s commitment to the safety of children who access their activities, programs, services or facilities.

Ms Nalesnyik says she was groomed and sexually assaulted between 1988 and 1995, and that Mr Niedzialek touched her bottom, kissed her on the mouth, and gave her massages during which he would press his groin into her.

She left the sport after she had a fall that resulted in knee reconstruction.

“I was quite elite at that stage and doing very difficult and dangerous moves, and I wasn’t concentrating properly and injured myself,” she says. “And I actually felt relief, because it was a way out.

“I didn’t really know at the time the abuse, what it was. I just knew that I was crying every night and feeling unhappy, but I didn’t actually know until I was 28 years old what happened to me.”

Ms Nalesnyik says she approached Gymnastics Victoria and wanted to have her story recorded in case anyone else came forward about the same perpetrator. She says the organisation was supportive at first.

“They were very quick to take safety measures for the future … But in terms of what’s happened in the past, I felt like they didn’t take proper action or responsibility for that,” she says.

The sport is facing a period of reckoning in Australia. In May, the Australian Human Rights Commission released its investigation into gymnastics in Australia, led by Sex Discrimination Commissioner Kate Jenkins, which painted a picture of systemic dysfunction in the sport.

The investigation was sparked by an outpouring of stories of abusive treatment from current and former gymnasts worldwide, triggered by the screening of a documentary on US team doctor Larry Nassar’s sexual assault of 165 athletes.

Gymnastics Australia, which commissioned the report in August last year, said the report was “confronting”. It committed to adopting all recommendations from the report.

Lawyer John Rule, of Maurice Blackburn, is representing three women who were abused by Mr Niedzialek while young gymnasts.

“We see perpetrators like this all the time, unfortunately,” he says. “They use their power and influence to groom and to abuse, and then they hide behind their position of authority.”

“It is so important that brave people like Natalie come forward, because it’s the only way the power of the perpetrators … can be challenged.” 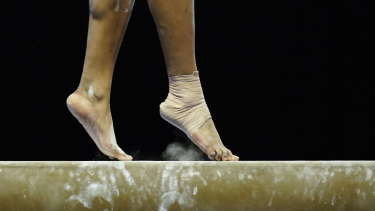 Another victim of Mr Niedzialek told The Age she is preparing to file legal proceedings against Gymnastics Victoria. Kate, who did not want to use her surname, says Mr Niedzialek would tell her she needed “sports massages” to help her muscles, before touching her inappropriately. She was nine years old.

“I used to feel so embarrassed by it that I used to put a blanket over the top of my head so it was completely black – sort of like I was disconnected from what was happening because I felt so embarrassed.

“You think at the time, the coach knows best. I felt very uncomfortable and I didn’t understand why. And I just thought … this is what you do to be a gymnast.”

Later she learnt she was not the only person who had been abused by Mr Niedzialek, which made her want to speak out to help bring change. But she has been disappointed with the response from Gymnastics Victoria.

“You’ve got these overarching organisations saying, ‘We’re here to protect kids.’ We’re jumping up and down and making noise and saying this is what’s happened to us, and we feel ignored, like you’re not acknowledging it.”

A third woman who is preparing a legal claim, who did not want to be named, told The Age she was emotionally and physically abused by Mr Niedzialek but had not told anyone about the abuse until recently.

She said it was important, not just within gymnastics but for all sports organisations, to listen to those who spoke out about alleged abuse.

“Speaking out does help. I think it being out in the open makes people much more aware,” she said. “For parents, as well, you put a lot of trust into what you’re sending your kids to, that they’re going to be protected.”

Ms Nalesnyik encouraged anyone who had similar experiences to come forward if they felt comfortable doing so.

“I wanted [Gymnastics Victoria] to take responsibility and do that work for me of putting it out there so that other girls could come forward, and I feel like they had so many opportunities to do that, and to do the right thing, and they just dragged their feet, and made excuses.”

“I feel like it’s a real opportunity for them to do the right thing in a way that a lot of other institutions haven’t. I don’t have a lot of confidence in them right now, but I’m hoping I’m wrong.”